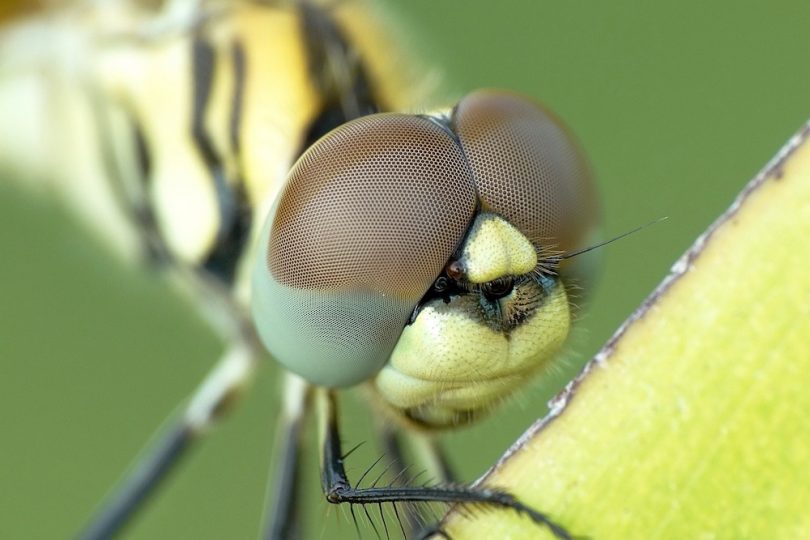 New research reveals that the animals that perceive time the fastest are those that are small, can fly, or are marine predators.

These preliminary results were presented at the British Ecological Society’s annual meeting in Edinburgh on Tuesday 20th December by Dr Kevin Healy at the University of Galway.

The study, which is the largest of its kind to date, analysed the rate at which over 100 animals perceive changes in the world – known as temporal perception. The researchers found that animals with fast paced lifestyles have visual systems that can detect changes at higher rates.

Species such as blow flies and Dragon flies were able to detect changes at the highest rate, with vision that could handle 300hz (able to see changes 300 times a second), significantly faster than humans which can see at 65hz. In vertebrates, the fastest eyes belonged to the pied fly catchers which could see at 146hz. Salmon clocked in at 96hz and Dogs at 75hz. The slowest eyes belonged to crown-of-thorns starfish at 0.7hz.

“Having fast vision helps a species perceive rapid changes in the environment. Such detailed perception of changes is very useful if you move quickly or need to pinpoint the trajectory of moving prey.” Explained Dr Kevin Healy.

“By looking at such a wide range of animals, from dragonflies to starfish, our findings show that a species’ perception of time itself is linked to how fast its environment can change. This can help our understanding of predator-prey interactions or even how aspects such as light pollution may affect some species more than others.”

One unexpected finding from the research is that many terrestrial predators have relatively slow time perception compared to aquatic predators. Dr Kevin Healy said: “We think this difference may be because in aquatic environments predators can continuously adjust their position when lunging for prey, while in terrestrial environments, predators that lunge at prey, such as a jumping spider, are not able to make adjustments once they’ve launched.”

Not all animals have fast temporal perception as it’s energetically costly and limited by how quickly neurons linked to retinal cells in the eye can recharge. Animals that don’t require rapid vision use this energy for other requirements, such as growth or reproduction.

Variation in time perception also occurs within species, including in humans, with some studies suggesting that in football, goalkeepers see changes at a higher rate and that coffee can temporarily boost this by a small amount.

The analysis in this research used data collected from numerous studies which measured time perception using flickering light experiments. Each experiment flickered a light and recorded the rate the optic nerve sent information, using special devices called electroretinograms, which in turn measured how fast an animal could detect the rate of a light flashing. This is known as critical flicker fusion frequency.