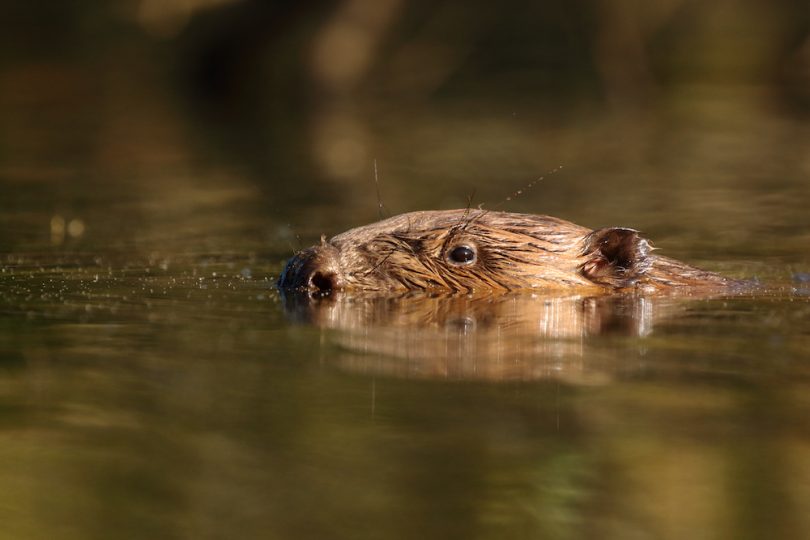 Background
The Eurasian beaver (Castor fiber) co-evolved in Britain with other native wildlife such as fish, birds, mammals, amphibians and invertebrates. A native species throughout Britain, it is listed in England on the IUCN-compliant Red List. The beaver is a European Protected Species (EPS) in Europe under the EU Habitats Directive. EPS status was given to beavers in Scotland in 2019 and allows licensed management including translocation, dam removal and lethal control. The Government’s latest decision to confirm Legal Protected Status on beavers in England is a key step to ensuring successful reintroduction.

Research by Brazier et al. shows how beaver wetlands can increase landscape tolerance to drought and flooding events, through improving the natural function of wetland and riparian environments and attenuating water flow. The presence of beavers help the land to retain and reabsorb freshwater during the current record-breaking heatwave; creating a safe haven for other species. Given the increasing urgency of the climate and biodiversity crisis, and increasing incidence of extreme weather events across Britain, it is critical that the National Beaver Strategy and legislation regarding their wild release is expedited by Natural England.

Sandra King, Beaver Trust CEO:
This is a very welcome step in the journey of restoring beavers to England. At Beaver Trust we urge the government not to delay in restoring beavers when evidence shows that they have hugely beneficial impacts on the twin climate and biodiversity crises that we face. What we need now is for a robust and ambitious National Beaver Strategy and guidelines on wild release sites. It is also incredibly important to incentivise landowners to make space for beavers and rivers and we want to see positive payment schemes, linked to creating river buffer zones. River buffer zones are a real triple-win situation which will not only help with beaver restoration, but will also create nature corridors for much of our British wildlife and can help to improve water quality in our rivers.

Dr Roisin Campbell-Palmer, Beaver Trust Restoration Manager:
Official recognition that the beaver has returned to Britain is key, though it is vital that a national strategy provides a platform for the continued restoration of this naive species to ensure healthy and connected populations so that our wider society and landscapes benefit. The return of the beaver has captured public attention and imagination, though there are challenges to a smaller percentage of landowners which require support to encourage coexistence and implement mitigation as required. Any national strategy should recognise species restoration is a multi-discipline approach during which we strongly advocate animal welfare is prioritised.

Additional notes
It is widely accepted that the presence of beavers catalyse key biodiversity benefits, and provision of ecological services such as improved water quality, water retention and carbon sequestration.

Beaver Trust recognises the challenges of living alongside beavers in highly modified river catchments, and encourages landowners who are concerned about the impact of beavers in England to contact Natural England via the license mitigation schemes to discuss effective and possible mitigation measures. Beaver Trust is working with Natural England and other organisations on developing a robust licensing system, which will offer a hierarchy of mitigation options.

Collaborating with key stakeholder groups like this contributed to the success of the River Otter Beaver Trial (2015 – 2020). Led by Devon Wildlife Trust, this project resulted in the publication of a Science and Evidence Report and Beaver Management Strategy Framework using a hierarchy of increasing impact starting with education, risk avoidance, mitigation, then trapping and relocation, and finally lethal control.