Home » The secret lives of toads in trees 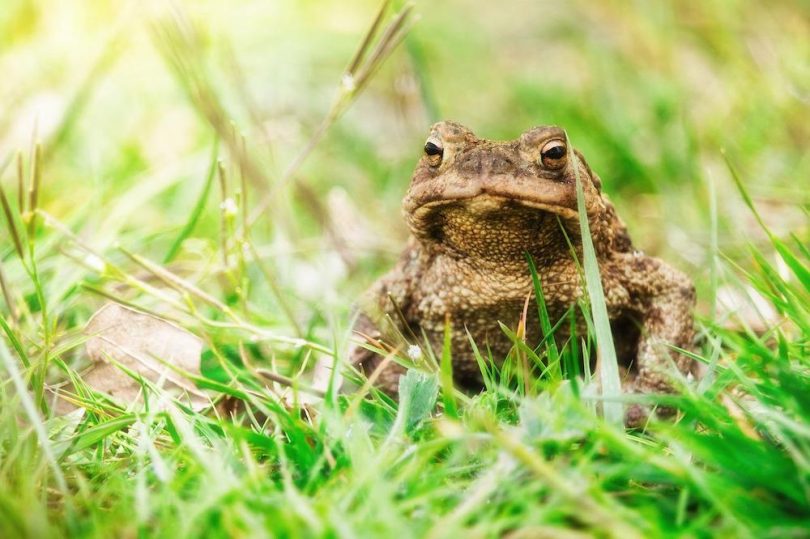 New research published today, 6 th July 2022, in PLOS ONE has discovered the extent to which common toads live in trees. It is the first time that the tree climbing potential of amphibians has been investigated at a national scale.

Researchers from the University of Cambridge and Froglife, supported by wildlife charity People’s Trust for Endangered Species (PTES), made the surprising discovery when common toads were found in nest boxes and tree cavities by volunteers who were looking for hazel dormice and bats as part of the National Dormouse Monitoring Programme (NDMP) and the Bat Tree Habitat Key project (BTHK).

Common toads are regarded as typical terrestrial amphibians and as such are known to spend their time both on land and in water during breeding. To date there have only been a handful of documented sightings of common toads in trees.

Consequently, common toads and in general UK amphibians have never been surveyed for in trees, unlike bat and dormouse surveys which specifically target such habitat. This study highlights the importance of sharing data between conservation organisations representing different species, and shows that there’s a lot to learn about wildlife in the UK – even those we think of as well-known.

Nida Al-Fulaij, Conservation Research Manager at PTES said: “We couldn’t believe what we found. We’re used to discovering woodland birds and other small mammals in nest boxes but we hadn’t considered finding amphibians in them.”

Over 50 records of common toads were found in surveys of hazel dormice nest boxes (located 1.5m above ground) and tree cavities usually used by bats. The highest record of a toad was found 3m up a tree. The surveys do not regularly involve looking in tree hollows much higher but there’s a chance that toads might be venturing even further up. Many of the cavities were small or not visible from the ground, so it is unclear how toads are finding them and how difficult it is for them to climb particular trees.

Toads were not found in boxes or tree holes with other species, however they were found using old nests made by dormice and even birds. Whilst 50 records isn’t a huge number, it was comparable to records of other animals we know use trees regularly such as blue tits, suggesting that perhaps toads are much more arboreal than we previously thought. If this is true, it means that common toads could be found in up to 1 in every 100 or so trees in the UK in particularly favourable areas, such as near large ponds or lakes.

The exciting discovery of arboreal behaviour in common toads means that tree cavities might represent an even more important ecological feature than conservationists thought. It highlights the importance of protecting our remaining natural woodland habitats, especially ancient trees with veteran features (such as hollows, cracks and other natural cavities) for all wildlife. Froglife research in 2016 showed that common toads have declined by 68% on average over the last 30 years across the UK.

It isn’t currently known why toads are climbing trees and using nest boxes. Factors could include searching for food, avoiding predators or evading parasites (such as toad fly).

First author Dr Silviu Petrovan, Trustee at Froglife and Senior Researcher at the University of Cambridge says: “These findings are significant and very exciting for our understanding of the ecology and conservation of common toads, one of the most widespread and abundant European amphibians. We know common toads favour woodlands as foraging and wintering habitat, but it appears their association with trees is much more complex that we thought.”

“It also highlights the importance of collaborations and sharing data between conservation groups. Further, targeted research will enable scientists to better understand the reasons for this behaviour and the impact on woodland management for common toads and other amphibians.”

Froglife are calling on members of the public to record any sightings they have of amphibians in trees on their Dragon Finder App (including the details in the comments section of the report) or to contact them directly.