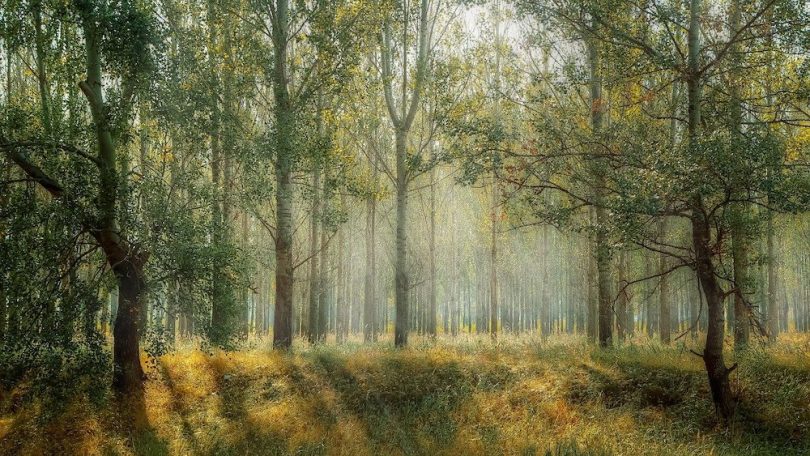 The sounds of nature could help us recover from mental fatigue, but this power may be under threat as ecosystems deteriorate and people disconnect from the natural world, according to new research published in the journal Global Environmental Change.

Led by a team from the University of Exeter, the study analysed data from over 7,500 people collected as part of the BBC’s multi award-winning series, Forest 404, an eco-thriller podcast that depicted a dystopian world devoid of nature.

Participants listened to a range of environments in the study, from coastal and woodland settings in the UK, to a tropical rainforest in Papua New Guinea. Researchers simulated changes to each soundscape by varying the features that could be heard. Participants reported therapeutic effects from listening to landscape elements such as breaking waves or falling rain. Hearing wildlife in these environments, and birdsong in particular, enhanced their potential to provide recovery from stress and mental fatigue even further.

Crucially, the team’s results also suggested these outcomes could be strongly influenced by people’s past experiences. Those who had memories triggered by the sounds not only found them more restorative, but this increase in ‘therapeutic potential’ fed directly into their desire to protect the soundscapes for future generations. Worryingly, soundscapes without the sounds of wildlife – reflecting a decline in environmental quality – reduced this potential for psychological benefits, with people’s motivation to protect those ecosystems also appearing to follow suit.

Alex Smalley, who led the research at the University of Exeter, said “As towns and cities fell quiet in recent lockdowns, many people rediscovered the natural sounds around them. Our findings suggest that protecting these experiences could be beneficial for both mental health and conservation behaviour. But they also provide a stark warning that, when it comes to nature, memories matter. If we hope to harness nature’s health benefits in the future, we need to ensure everyone has opportunities to foster positive experiences with the natural world today.”

The experiment was part of Forest 404, a BBC podcast series written by Timothy X Atak, that portrayed a future world where the destruction of ecosystems had completely removed nature from people’s lives (available in full here bbc.co.uk/sounds/brand/p06tqsg3). The series followed protagonist Pan as she chanced upon an archived recording of a rainforest, implicitly asking audiences “Can you feel a loss for something you have never known?”

Series producer, Becky Ripley, believes the team have helped to answer this question, she said “The planet is undergoing unprecedented ecological collapse, and with it, the sound of the world is changing around us. Yet how we might experience these changes has never previously been explored. Our findings demonstrate that people not only highly value the sounds of birds and animals, but they also feel a loss when these sounds are missing.”

The study was a multi-institution collaboration between the BBC Natural History Unit, BBC Radio 4, the University of Exeter, University of Bristol, and The Open University. The full paper is available here https://doi.org/10.1016/j.gloenvcha.2022.102497.