Home » Dog faeces and urine could be harming nature reserves, according to new study 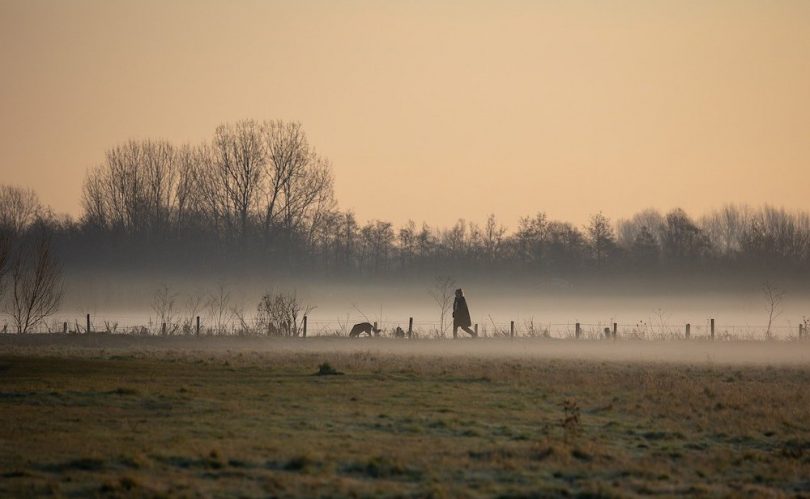 New research finds that dogs being walked in nature reserves contribute a significant amount of nutrients to the environment through their faeces and urine, which researchers warn could negatively impact local biodiversity. The research is published in the British Ecological Society journal, Ecological Solutions and Evidence.

Researchers at Ghent University have estimated that each year dog faeces and urine add an average of 11kg of nitrogen and 5kg of phosphorous per hectare to nature reserves near the Belgian city of Ghent. The researchers say that the nutrients added through this neglected form of fertilisation are substantial and could be detrimental to biodiversity and ecosystem functioning.

Professor Pieter De Frenne of Ghent University and lead author of the research said: “We were surprised by how high nutrient inputs from dogs could be. Atmospheric nitrogen inputs from agriculture, industry and traffic rightfully receive a lot of policy attention, but dogs are entirely neglected in this respect.”

The researchers call for land managers, especially in low nutrient ecosystems, to emphasise the negative fertilisation effects of dogs to visitors, encouraging them to remove their dogs’ faeces. They also call for leash use to be enforced more stringently and the establishment of more off-leash dog parks to reduce the pressure on nature reserves.

Dogs on leashes and owners removing faeces have big impacts

In the experiment, which calculated the amount of nutrients dogs were adding to the environment by recording the number of dogs present in four nature reserves, the researchers modelled different scenarios including if the dogs were on or off leashes and if owners picked up dog faeces.

When the researchers modelled a scenario where all dogs were kept on leashes (legally required in all these reserves) they found that this reduced the fertilisation rates in the largest part of the reserves but strongly increased fertilisation rates in the small areas around paths. Over a year this input was as high as 175 kg of nitrogen and 73 kg of phosphorus per hectare.

Professor De Frenne said: “In our scenario where all dogs were kept on leashes, we found that in these concentrated areas around paths, nutrient inputs of both nitrogen and phosphorus exceeded legal limits for fertilization of agricultural land. Which is quite staggering as our study concerned nature reserves!”

In a scenario where dogs were on leashes, but all owners picked up their dogs’ faeces, the researchers found that this reduced fertilisation levels by 56% for nitrogen and 97% for phosphorus. This is due to dog faeces accounting for nearly all phosphorous being deposited whereas nitrogen is deposited equally by both faeces and urine.

The addition of nutrients to nature reserves might sound beneficial as these lead to increased plant growth, however, this mostly occurs in a limited number of nutrient demanding species that outcompete rarer specialists, reducing biodiversity.

“In many nature reserves, the management is specifically directed towards lowering soil nutrient levels to enhance plant and animal biodiversity. This can be done through methods like mowing and hay removal.” Explains Professor De Frenne. “Our findings suggest that the currently neglected inputs of dogs in nature reserves could delay restoration goals.”

To estimate the amount of nutrients dogs were adding to the environment, the researchers first calculated dog abundance per hectare, per year, by counting dogs in four nature reserves close to the city of Ghent, Belgium. These counts were performed on 487 occasions over 18 months. They then performed a literature search of nutrient concentrations in dog urine and faeces to model different scenarios.

While this method meant that researchers could accurately calculate the abundance of dogs in the nature reserves, estimations had to be made based on the average dog and average volumes of urine and mass of faeces, as well as estimates of nitrogen and phosphorus concentrations.

The researchers say that their data could be improved by recording breeds of dogs, as well as their size, weight and the number of urine and faecal deposits, for instance, by asking owners. The researchers also suggest that georeferencing dog faeces and urine locations could further help to detect fertilisation ‘hot spots’.