Home » Five fascinating insights into the inner lives of plants 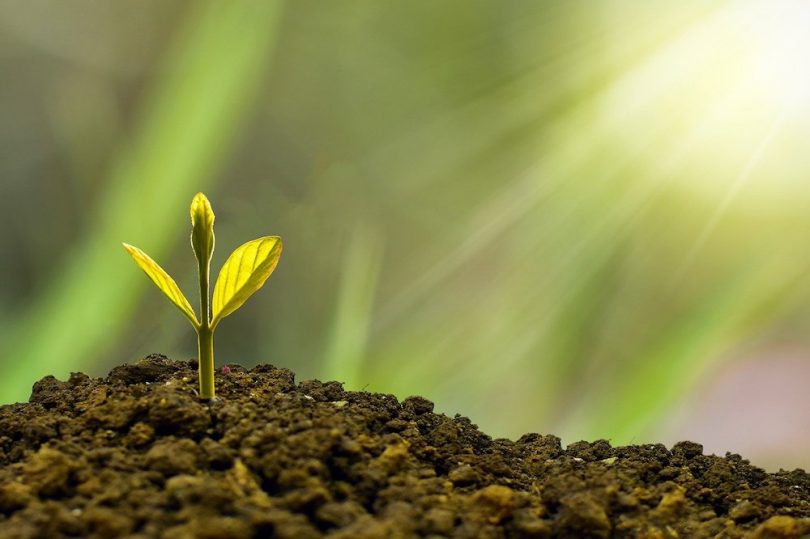 Approximately 4.5 billion years ago, Earth’s land surface was barren and devoid of life. It would take another 2 billion years for the first single-celled organisms to appear in the ocean, including the first algae Grypania spiralis, which was about the size of a 50 pence piece.

Plants composed of many cells have only been around for a mere 800 million years. To survive on land, plants had to protect themselves from UV radiation and develop spores and later seeds which allowed them to disperse more widely. These innovations helped plants become one of the most influential lifeforms on Earth. Today, plants are found in every major ecosystem on the planet and scientists describe more than 2,000 new species every year.

David Attenborough’s new documentary The Green Planet casts the spotlight on plants and their ability to inspire us. In just one recent example, engineers have successfully mimicked the shape of winged maple seeds to design new wind turbines. https://www.youtube.com/embed/BoKyMzsa4Xs?wmode=transparent&start=0

Plants retain many secrets which scientists have yet to discover. But here are five discoveries which helped us see our distant green cousins in a new light.

1. Plants ‘talk’ to each other

Of course, plants do not possess vocal cords and so cannot talk like we do. But they do use chemical and electronic signals to coordinate responses to their environment.

When plant cells are damaged, like grass cut by a lawnmower, they release protein fragments which can be detected by surrounding plants. It’s like a neighbourhood watch system: when one plant is harmed, the others are notified that there is danger nearby. This can trigger an immune response or other defences.

Similarly, plants can detect pollinators in their vicinity and release chemicals to attract them. These signals make plants very complex communicators.

In his seminal book The Power of Movement in Plants, published in 1880, Charles Darwin described the ability of plants to move away or towards light. Scientists call this phototropism. Plant movements are now known to not only be guided by light, but also water, nutrients and in response to grazing by animals and competition from other plants.

Plants may appear frozen in place, destined to remain where their seeds germinate. But in fact, plants constantly adjust their leaves, roots and stems to improve their chances of survival. For example, the shaded sides of stems always grow longer to ensure the plant grows towards light in a process mediated by hormones. Roots show the opposite effect, causing them to grow away from the light.

In some extreme cases, plants can even move across an entire forest. Nomadic vines grow upwards from the bottom of a tree trunk then detach from the soil. Later, they put down aerial roots and descend again, allowing them to move between trees.

3. Plants can grow in outer space

The idea of traversing space and living on other planets has long excited the human imagination. But no planets with the same environment as Earth have been found. We know plants are experts at modifying environments to suit the needs of more complex life. As early forests began photosynthesising, they oxygenated Earth’s atmosphere and drew down CO₂, making the planet more hospitable.

Could growing plants on distant planets make them more suitable to our needs? During the space race between the USSR and the US in the 1950s and 1960s, scientists studied how plants grow and develop in space. So far, scientists have grown 17 different species of plants in specialised chambers, including crops like corn, wheat, tomatoes and lettuce. Big challenges to growing Earth’s plants outside our atmosphere remain, including radiation during space flight and differences in gas movements in space compared to Earth. If you think it’s hard to keep a plant alive at home, try doing it in space.

The ability to terraform a planet – making it suitable for humans to live on – remains elusive. But major progress in plant science over the last few years make this an achievable target, perhaps within the lifetime of people alive today.

4. One in ten plants grow on other plants

Often towering tens of metres tall are some of the largest organisms on the planet. Redwood trees, for example, can grow over 100 metres tall. Scientists first began studying their lofty forest canopies by training monkeys or employing skilled climbers to collect samples. Some even used shotguns to shoot down samples.

It was not until the 1980s that canopy research became a scientific discipline in its own right, with the use of rope climbing techniques borrowed from mountaineering. Later, cranes, balloons and drones joined the toolset of many scientists. But why risk your life to climb a tree? What’s up there?

It’s estimated that up to 80% of species in a forest either use or live their entire lives in the forest canopy. One in ten of all known species of vascular plants – species which use vein-like vessels to transport water and nutrients throughout their body – grow on top of other plants.

These are called epiphytes. They are not parasites, but instead use their host for physical support. This gives them an advantage over plants growing in the forest understorey, where light is scarce. Most orchids grow on trees and a single tree can hold as many as 50 species of epiphyte. Often, these epiphytes put out more leaves than their host tree.

Organisms are very sensitive to changes in their environment and plants in particular have been used to detect these changes for centuries. When leaves start to change colour in autumn, it usually heralds the arrival of cooler and darker months.

Certain species of ferns are particularly vulnerable to changes in their local climate. Filmy ferns grow in shaded regions of tropical forests, usually near the bases of trees or on wet rocks. They rely on water and low temperatures, and are good indicators of oncoming drought and rising temperatures.

Since the 1980s, the global average temperature has been rising as a direct result of burning fossil fuels like coal, which was deposited by plants millions of years ago during the early formation of forests. We are living in a time of change and understanding how plants respond to changes in climate can help us to prepare ourselves for the future.