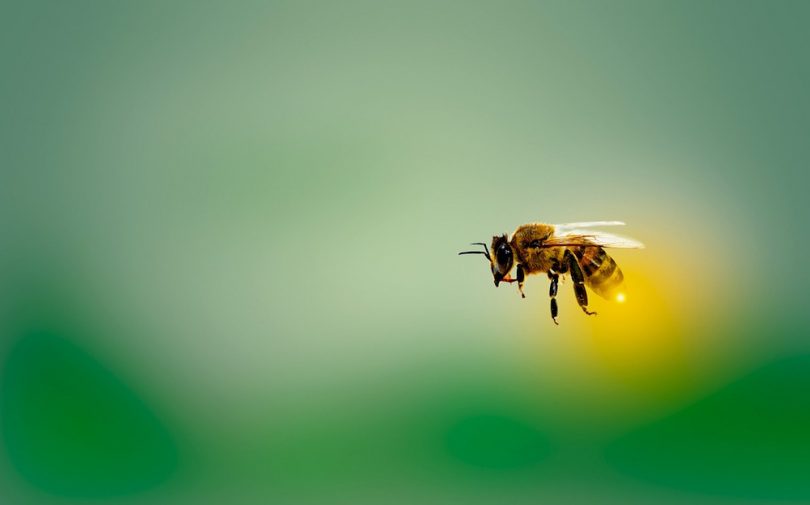 Scientists at Lund University have discovered for the first time that it is possible to detect insect DNA in the air. Using air from three sites in Sweden, insect DNA from 85 species could be identified. This offers scope for exploring a whole new way to monitor terrestrial biodiversity.

These preliminary results will be presented at Ecology Across Borders (13th-15th December) via an online poster by Dr Fabian Roger, who is currently working at ETH Zürich.

Insects detected included many important species such as bees, moths, flies, beetles, wasps and ants. The study not only picked up evidence of insects, but many vertebrate species too, including birds, mammals and some domestic species.

In many areas, insects are declining at an alarming rate, but we also know very little about the number of species in existence. It is estimated that we have described 1 million out of 5.5 million insect species on Earth. This means it is vital to develop efficient ways to monitor biodiversity.

Fabian Roger said “In the face of the biodiversity crisis, we desperately need better information on the status and distribution of species. Our study is a proof of concept that shows that we can detect DNA from insects and vertebrates from air collected under natural conditions. This opens many exciting possibilities for species monitoring and detection, which could allow us to comprehensively monitor biodiversity at large spatial and temporal scales.”

Sampling DNA from the air offers benefits over traditional sampling methods. Insects are commonly sampled using malaise traps, which leads to the death of the creatures. Alternatives, such as transect walks and moth trapping, require taxonomic expertise and generally focus on the larger species of insects. A DNA metabarcoding approach means that multiple species can be detected from single samples. Therefore, airborne DNA metabarcoding would speed up sampling and allow scientists to scale up biodiversity surveys – all without harming the species that live there.

In this study, when the researchers compared the results with traditional surveys, they found some overlap in the species detected. There were some species which were not found with the traditional methods, but also many species that were not picked up by the airborne DNA method. For example, the researchers found 48 moth species in the traps and 9 moth species through eDNA, with an overlap of 4. Being in its infancy, the researchers have many ideas on how this can be improved and are confident that airborne DNA metabarcoding can become a powerful tool for biodiversity monitoring.

Fabian added “Given the enormous challenge we face to monitor the millions of species on earth, it is definitely an all-hands-on-deck situation and different methods can complement each other with their different strengths and weaknesses.”

The development of environmental DNA or eDNA is an exciting new technology, offering a more rapid, sensitive and powerful tool to monitor biodiversity. It is already commonly used by ecological consultants for Great Crested Newt surveys, but much of the research has so far focused on aquatic ecosystems.

Next, the scientists will optimise the methods to increase the reliability of airborne DNA metabarcoding. They also need a greater understanding of how DNA moves through the air. Luckily, meteorologists and aerosol scientists have studied movement of airborne particles for decades, offering a huge pool of expertise for accelerating this work. Excitingly, the method also has potential for detecting invasive species or even early detection of disease vectors.

“We are at the very beginning of exploring airborne environmental DNA for anything other than bacteria, pollen or spores – and even there we have only scratched the surface. One of the first challenges will be to optimise sampling and molecular methods to increase sensitivity and achieve more reliable detection. Then we will need to understand how airborne eDNA is generated, transported and degraded.” said Fabian Roger, who then added: “Just because it doesn’t work perfectly out-of-the box doesn’t mean it won’t work ever and the potential is huge.”

Dr Fabian Roger will present the work at Ecology Across Borders. This work is unpublished and has not been through the peer-review process yet. This conference will bring together over 1000 ecologists to discuss the most recent breakthroughs in ecology.