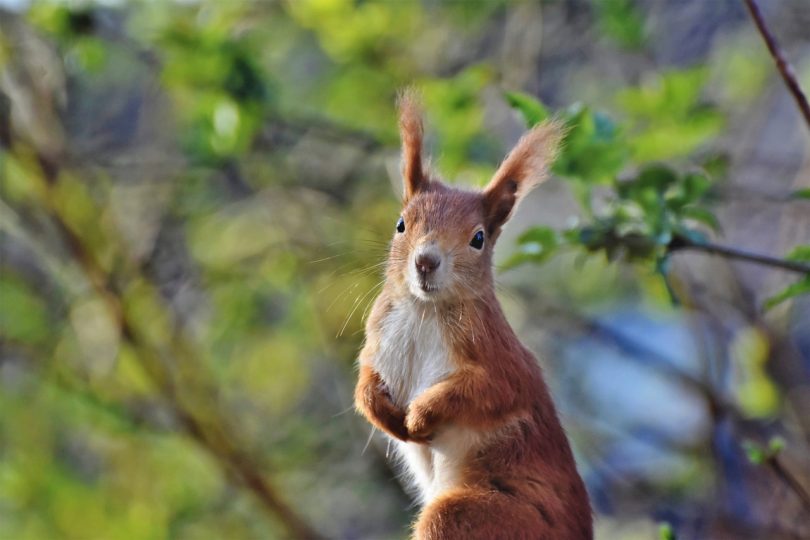 30 conservation NGOs issue an open letter to oppose a review of the Wildlife and Countryside Act 1981, which could undermine decades of work to restore and protect threatened species

Every 5 years species listed in Schedules 5 and 8 of the Wildlife and Countryside Act (1981) are reviewed through a process called the Quinquennial Review (QQR), coordinated by the UK Joint Nature Conservation Committee (JNCC).

Many species are listed because conservation experts have recommended their inclusion either due to persecution, population decline or other threats.

This year – in a change to the normal process – the Review Group (JNCC, Natural England, Natural Resources Wales, NatureScot, and representatives of the non-governmental sector) has changed the eligibility criteria of species currently (and in future times) listed and therefore afforded protection by the Wildlife and Countryside Act (WCA). This change means that an animal or plant species will only be protected when it is in imminent danger of extinction as defined by the highest categories in the IUCN red listing process, or those identified as European Protected Species.  This decision has been made without due consultation and – to date – has not considered concerns raised by conservation NGOs.

Large numbers of species (although the exact figure has not been quantified in the Information Pack) will now no longer be protected against killing and sale by law including iconic and previously persecuted species such as mountain hares and adders.

Now, 30 high-profile conservation NGOs (including Froglife, PTES, The Wildlife Trusts, the RSPCA, RSPB, ZSL and the Amphibian and Reptile Groups of UK) have written an open letter to the Review Group (above) in opposition to this proposed change, as many endangered and much-loved species – from red squirrels to water voles – could be at serious risk if the proposed changes were granted.

Removal of protection means it will no longer be illegal to kill these species. Building developments could take place with no consideration of the impacts on formerly protected species such as slow worms and water voles (if a case cannot be made to keep the latter listed). It also means that it will once again be legal to persecute adders, pine martens and mountain hares – despite all the costly efforts to try and conserve these vulnerable species.

It would become legal to trade wild-caught British species including amphibians and butterflies – directly impacting populations and posing a huge biosecurity risk. This is of particular concern for widespread amphibians already at serious risk from Chytrid and Severe Perkinsea Infection which have wiped out populations worldwide and have both been found in captive collections in the UK.

Whilst very valuable, the GB IUCN red listing process is not suitable for this purpose.  It is complex and requires high levels of evidence of population trends. This in turn requires high level species surveys and analysis of the data to determine population trends at a national scale.  There has been no provision made as to how this will be resourced and an assumption that NGOs will take on the burden of this work.  IUCN guidance specifically identifies automatic use of Red List categories in policy as an “inappropriate use” of the Red List; and the IUCN Red List category “Vulnerable” is a “Threatened” category, which means it is “facing a high risk of extinction in the wild”.The changes that have been decided by the QQR Review Group remove the opportunity to prevent species decline.  Under the changes outlined we will only be reacting to catastrophic species declines.

What needs to be done about it?

In an open letter to the Review Group, 30 wildlife NGOs are calling for a public consultation on the decision to change the eligibility criteria.

Dr Angela Julian, Coordinator of Amphibian and Reptile Groups of the UK (ARG UK), which represents 37 local groups and over 4,000 members states, “We are shocked to discover these proposed changes which will effectively remove any form of protection from many of our well-loved widespread species including slow-worms, grass snakes and viviparous lizards. Our native wildlife deserves a fair hearing.”

Jenny Tse-Leon, Conservation, Evaluation and Research Manager, Froglife adds, “Froglife is really worried about how these changes will particularly affect amphibians and reptiles, many of which have faced serious declines in recent years but do not qualify as threatened enough under IUCN definitions. Our research has shown that Common toad numbers have plummeted by 68% in the last 30 years but these plans mean they no longer qualify for protection.”

Nida Al-Fulaij, Conservation Research Manager at PTES, continues, “The State of Nature report 2019 confirmed that 41% of 700 species assessed have decreased in abundance since the 1970s. We know that many of our most well-loved species, such as hedgehogs, are suffering huge declines. This is not the time to be reducing protection for them.”