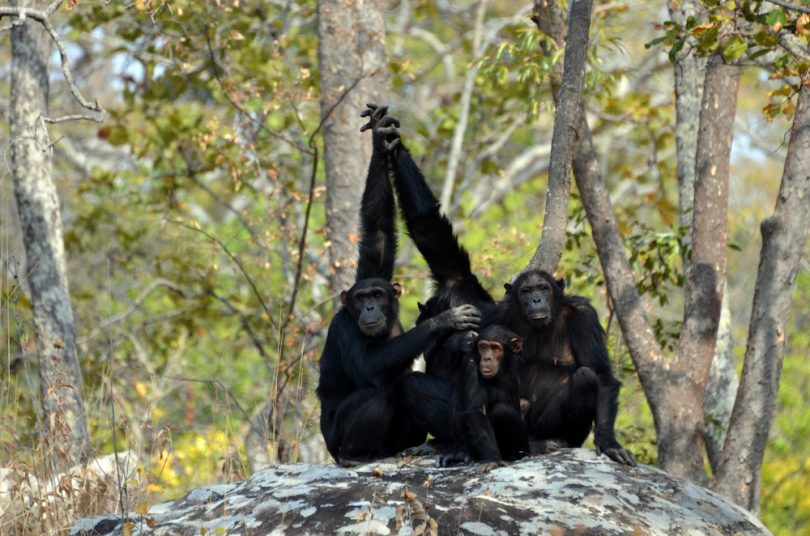 Climate change will drastically reduce the range of African great apes over the next 30 years. This was predicted by an international team of researchers with the participation of the German Centre for Integrative Biodiversity Research (iDiv), the Max Planck Institute for Evolutionary Anthropology and the Martin Luther University Halle-Wittenberg (MLU). In various models, they calculated the effects of climate change, changing land use and human population growth on the future range of gorillas, chimpanzees and bonobos. The existing protected areas are not sufficient to preserve important populations in the long term, the researchers warn in the journal Diversity and Distributions.

For their analysis, the authors compiled information on the occurrence of African great apes stored in the A.P.E.S. database of the World Conservation Union (IUCN). This database contains a remarkable amount of information on population status, threats and conservation measures for several hundred sites, collected over 20 years (http://apesportal.eva.mpg.de/).

The researchers quantified for the first time the joint effects of climate, land-use, and human population changes across African ape ranges for the year 2050 under best- and worst-case scenarios. “’Best case’ implies slowly declining carbon emissions and that appropriate mitigation measures will be put in place,” explains Jessica Junker, a postdoctoral researcher at iDiv and MLU and co-author of the publication. “’Worst case’ assumes that emissions continue to rise unchecked – in other words, business as usual.”

Existing protected areas are not enough

At present, higher altitudes are less attractive for some great ape species – mainly because of the reduced food supply. But climate change is changing that. Lowland areas are becoming warmer and drier, vegetation is shifting upwards. If great apes can physically move from the lowlands to the mountains, they may be able to survive and even increase their range – depending on the species and whether the best- and worst-case scenarios occur,” However, they may not be able to travel away from the lowlands in the time remaining between today and 2050.”

Habitats need to be connected

The authors argue that effective conservation strategies need to be planned for each species, taking into account both existing and proposed protected areas. This is where habitat suitability models could help in the establishment and management of protected areas. In addition, maintaining and establishing linkages and corridors between habitats predicted to be suitable in the future will be critical for the survival of the African great apes. Land use planning and climate change mitigation measures urgently need to be integrated into government policies in those countries where great apes live.

“The global consumption of natural resources extracted from great ape ranges is one of the main causes of great ape decline”, says last author Dr Hjalmar Kühl from iDiv and MPI EVA. “All nations that benefit from these resources have a responsibility to ensure a better future for great apes, their habitats as well as the people living in them by advancing a more sustainable economy.”

This research was financed inter alia by the Deutsche Forschungsgemeinschaft (DFG; FZT-118).