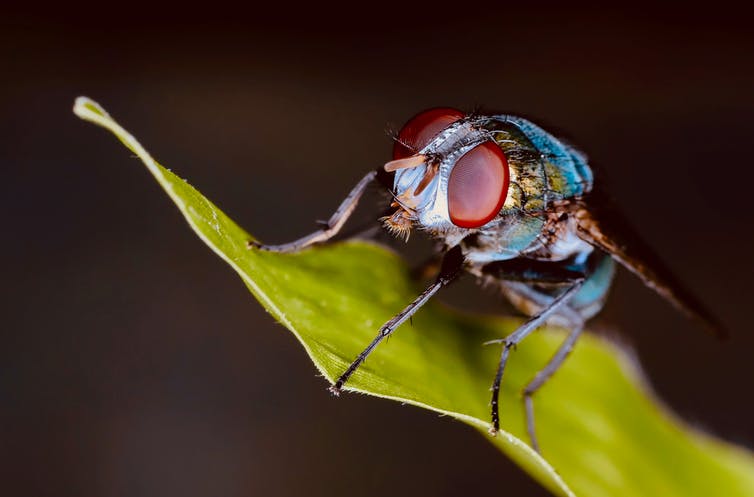 Evidence of declining fertility in humans and wildlife is growing. While chemicals in our environment have been identified as a major cause, our new research shows there’s another looming threat to animal fertility: climate change.

We know animals can die when temperatures rise to extremes they cannot endure. However, our research suggests males of some species can become infertile even at less extreme temperatures.

These findings are important, because they mean we may be underestimating the impacts of climate change on animals – and failing to identify the species most likely to become extinct.

Researchers have known for some time that animal fertility is sensitive to heat stress.

For example, research shows a 2℃ temperature rise dramatically reduces the production of sperm bundles and egg size in corals. And in many beetle and bee species, fertilisation success drops sharply at high temperatures.

High temperatures have also been shown to affect fertilisation or sperm count in cows, pigs, fish and birds.

However, temperatures that cause infertility have not been incorporated into predictions about how climate change will affect biodiversity. Our research aims to address this.

A focus on flies

The paper published yesterday involved researchers from the United Kingdom, Sweden and Australia, including one author of this article. The study examined 43 species of fly to test whether male fertility temperatures were a better predictor of global fly distributions than the temperatures at which the adult fly dies – also known as their “survival limit”.

The researchers exposed flies to four hours of heat stress at temperatures ranging from benign to lethal. From this data they estimated both the temperature that is lethal to 80% of individuals and the temperature at which 80% of surviving males become infertile.

The researchers then matched these findings to real-world data on the flies’ distribution, and estimated the average maximum air temperatures the species are likely to encounter in the wild. They found the distribution of fly species is linked more closely to the effects of high temperature on male fertility than on temperatures that kill flies.

These fertility responses are crucial to species survival. A separate study led by one author of this article, using simulated climate change in the laboratory, showed experimental populations of the same flies become extinct not because they can’t survive the heat, but because the males become infertile. Species from tropical rainforests were the first to succumb to extinction.

The prediction that tropical and sub-tropical species may be more vulnerable to climate change is not new. But the fertility findings suggest the negative impact of climate change may be even worse than anticipated.

What does all this mean?

Some animals have adapted to minimise the effect of high temperature on fertility. For instance, it’s thought testes in male primates and humans are externally located to protect the developing sperm from excessive heat.

As the planet warms, animals may further evolve to withstand the effects of heat on fertility. But the speed at which a species can adapt may be too slow to ensure their survival. Our research has shown both tropical and widespread species of flies could not increase their fertility when exposed to simulated global warming, even after 25 generations.

A study involving beetles also indicates fertility damage from successive heatwaves can accumulate over time. And more work is needed to determine how other stressors such as salinity, chemicals and poor nutrition may compound the fertility-temperature problem.

Whether our findings extrapolate to other species, including mammals such as humans, is not yet clear. It’s certainly possible, given evidence across the animal kingdom that fertility is sensitive to heat stress.

Either way, unless global warming is radically curbed, animal fertility will likely decline. This means Earth may be heading for far more species extinctions than previously anticipated.