Home » Mapping the path to rewilding: the importance of landscape 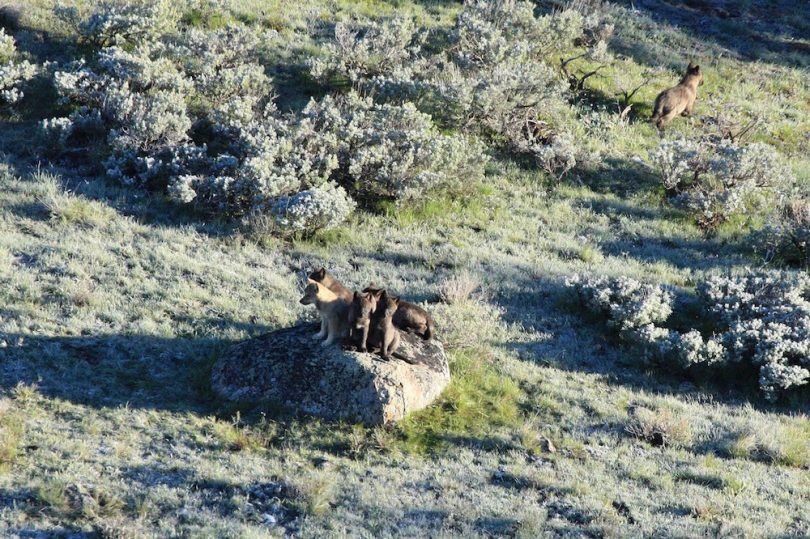 Rewilding—a hands-off approach to restoring and protecting biodiversity—is increasingly employed across the globe to combat the environmental footprint of rapid urbanisation and intensive farming. The recent reintroduction of grey wolves in Yellowstone, America’s first national park, is regarded as one of the most successful rewilding efforts, having reinvigorated an ecosystem that had been destabilised by the removal of large predators.

However, successful attempts to rewild the landscape hinge on more than just the reintroduction of a plant or animal species, they also require that geography and geology be taken into account, according to new research from the University of Amsterdam and the Dutch State Forestry Service.

It is the landscape that ultimately decides the outcome of rewilding efforts, says Kenneth Rijsdijk, an ecologist at the University of Amsterdam, who is presenting the team’s results at the European Geosciences Union (EGU) General Assembly 2021.

One of the key challenges of rewilding is deciding where to do it, Rijsdijk says, especially given competing land-uses like infrastructure and agriculture. “Clearly, we cannot, and should not, rewild everywhere. It makes sense to pick out specific areas where rewilding is more likely to succeed, taking into account how landscape features, like ruggedness and soil nutrients, can shape ecosystems.”

Ecologists gauge rewilding success using biodiversity metrics, such as an increase in the abundance and diversity of plant or bird species. But these measurements do not factor in the role of landscape: from the topography and river systems to the soil and underlying geology.

“It’s remarkable that, from a conservation standpoint, the landscape itself is significantly undervalued in the success of rewilding projects,” says coauthor Harry Seijmonsbergen, an ecologist at the University of Amsterdam.

The team aims to build a more holistic index for measuring and predicting rewilding success.

Their index draws on more than a century of geological and geographical map data, which the team have mapped out across 12 sites in northwestern Europe—combining landscape features such as elevation, forested areas, openness, and quietness in order to compute a metric for landscape quality. They also studied how geodiversity influenced rewilding over time using satellite, aerial, and field data. By tuning their new index against a previously used ecological index, they were able to independently assess the relationship between biodiversity and landscape at each site.

As an independent test of landscape ruggedness, they supplemented their workflow with previously collected data from Yellowstone. The park’s mountainous and varied terrain hosts niche environments for animals to hunt and shelter.

The new research could help decision-makers select future rewilding sites with the right recipe for success. “Conservation biologists have been asking how they can pinpoint sites with the right characteristics for rewilding,” Rijsdijk says. “Our research is the first to start building the required toolkit to measure landscape quality and inform that choice.”

Header image: The mid-1990s reintroduction of wolves to Yellowstone, where they were once eradicated, is one of the success stories of rewilding. In this photo from 2013, pups from the 8-Mile wolf pack are shown gathered on an outcrop. Credit: U.S. National Park Service via Flickr.