Home » Conservation hope: many wildlife species can recover if given a chance 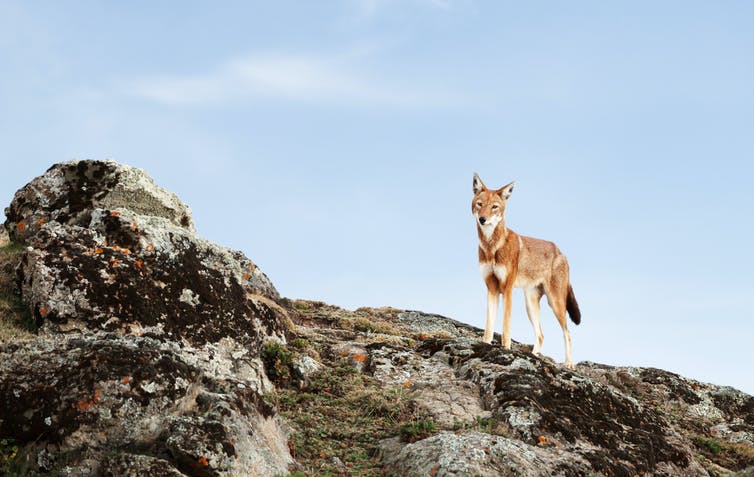 There is real and justified concern about the state of our world’s ecosystems. Satellite imagery reveals few places left untouched by humanity. As the global human population and our overall consumption continue to grow in concert with the upheaval of our climate systems, the outlook for non-human species seems grim.

In response, scientists have tried to measure the state of global biodiversity. One of the biggest impact efforts has been the Living Planet Index (LPI), an ambitious project that compiles population trends for more than 4,000 vertebrate species around the world.

According to the LPI, the average population has declined by more than 50 per cent since 1970. The most common and intuitive interpretation of this is that the average animal population is less than half the size it was 50 years ago — and so it has been widely reported in the media. A number of other global studies concur that the situation is dire.

So it may come as some surprise that a growing number of influential studies, at both the continental and global scales, find that there is no average change to the local abundance of animal species. This has fuelled a heated debate about how to reconcile contrasting claims of the magnitude of the threat to biodiversity.

The answer to this debate is important for our understanding of how humans are reshaping the world’s biodiversity. Several of us wondered whether the conflicting results were because of methodology. In our investigation, we focused on the LPI, which calculates the aggregated change for all wildlife populations that have data in a given year based on the mean of the population trends. Unfortunately, means are notoriously sensitive to extreme data points. Importantly, some populations have been monitored many times since the 1970s, but many have only been surveyed two or three times.

And indeed, methods do matter, a lot. When one removes the most extreme 354 collapsing populations from the near 14,700 populations analysed (so, dropping a measly 2.4 per cent), an average 56 per cent decline since 1970 changed to about a zero per cent decline.

The more-than-50-per-cent global decline statistic widely reported in the media is driven by very few, but very extreme, populations.

Importantly, the extreme trends driving the mean tended to be those with less data. And this may go some way to resolving the debate: several of the influential papers reporting less extreme overall changes intentionally left out populations with few observations, because they were felt to be unreliable.

Of course, trying to summarise the state of the world’s vertebrate biodiversity with a single number entirely masks the complicated picture of how different species and regions are faring. Entire groups of related species are in significant decline in some broad regions, such as land birds in the Indo-Pacific. Other groups may be improving, such as land birds in Asia and Europe. In total, 17 per cent of the species groups examined could be undergoing broad declines.

And even in regions that are demonstrably improving on average, a sizeable fraction of populations are still in decline. Entire groups of species indeed have poor prospects in an era of human ecological dominance, but others seem to be stabilising or recovering from historic lows.

Unfortunately, it’s still hard to predict which species will thrive and which won’t. Though our data sets are better than ever, even wealthy countries often only have good data for a limited set of species. Tellingly, most of those extreme, data-poor time trends that had outsized influence on the LPI came from poorly studied, biodiverse regions like the tropics.

The sad reality is that we don’t fully know how the Earth’s biological diversity is faring, because we have not invested enough in understanding this question.

And so, precaution is prudent. Logically, most species on Earth will not fare well when their habitat is destroyed, filled with ecologically novel predators and pathogens or over-harvested, but our results suggest to us that many can recover if given a chance.

Many species are happy to live cheek-to-jowl with us: think of the many birds that may visit your backyard feeder or the opportunistic mammals that can thrive in urban environments like skunks, raccoons and coyotes. The apparent balance in population trends suggests that we need to better identify where species are managing to thrive alongside humans, and why, so that we can direct our resources to replicate this success everywhere.

And there’s hope we can identify those species and those places. The five-decade-old volunteer-based North American Breeding Bird Survey has been indispensable for guiding conservation.

Opportunistic species observations through citizen science initiatives — like eBird, eButterfly and iNaturalist — are growing exponentially. Our ability to work with these big (and messy) datasets is also improving thanks to advances in computing power and analytical techniques. We will soon be able to pinpoint where biodiversity is doing better (and where it is doing worse) with much greater accuracy.

Hope is an effective motivator, and motivation is always welcome, since there remains a lot that needs to be done to secure our natural heritage for future generations.

Header image: The Ethiopian wolf (Canis simensis), lives in scattered populations across distant mountain ranges in Ethiopia, and its remarkable resilience suggests recovery is possible if threats like habitat loss and degradation can be kept at bay. Credit: Shutterstock.