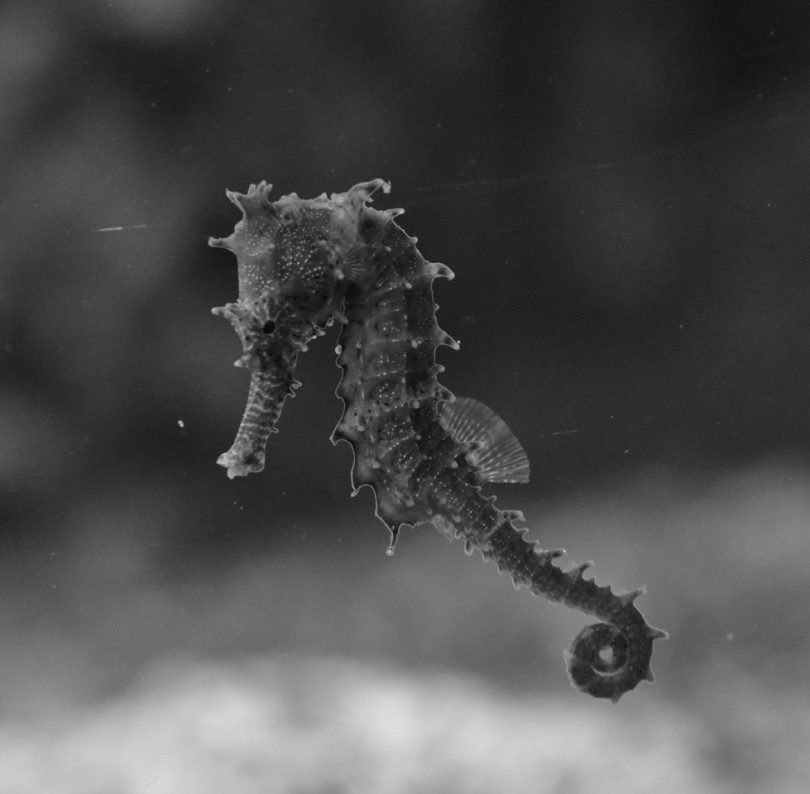 Seahorses are extremely poor swimmers. Surprisingly, however, they can be found in all of the world’s oceans. On the basis of almost 360 different seahorse genomes, a group of researchers studied how these special fish were able to spread so successfully worldwide. Based on an evolutionary tree of 21 species it was possible to reconstruct the dispersal routes of seahorses worldwide and to explain where and when new species emerged. The international research collaboration involving the research team led by evolutionary biologist Professor Axel Meyer at the University of Konstanz and researchers from China and Singapore was able to identify factors that led to the success of the seahorse from a developmental biology perspective: its quickness to adapt by, for example, repeatedly evolving spines in the skin and its fast genetic rates of evolution. The results were published on 17 February 2021 in Nature Communications.

Seahorses of the genus Hippocampus emerged about 25 million years ago in the Indo-Pacific region from pipefish, their closest relatives. And while the latter usually swim fairly well, seahorses lack their pelvic and tail fins and evolved a prehensile tail instead that can be used, for example, to hold on to seaweed or corals. Early on, they split into two main groups. “One group stayed mainly in the same place, while the other spread all over the world”, says Dr Ralf Schneider, who is now a postdoctoral researcher at the GEOMAR Helmholtz Centre for Ocean Research Kiel, and participated in the study while working as a doctoral researcher in Axel Meyer’s research team. In their original home waters of the Indo-Pacific, the remaining species diversified in a unique island environment, while the other group made its way into the Pacific Ocean via Africa, Europe and the Americas.

Travelling the world by raft
The particularly large amount of data collected for the study enabled the research team to create an especially reliable seahorse tree showing the relationships between species and the global dispersal routes of the seahorse. Evolutionary biologist, Dr Schneider, says: “If you compare the relationships between the species to the ocean currents, you notice that seahorses were transported across the oceans”. If, for example, they were carried out to sea during storms, they used their grasping tail to hold on to anything they could find, like a piece of algae or a tree trunk. These are places where the animals could survive for a long time. The currents often swept these “rafts” hundreds of kilometres across the ocean before they landed someplace where the seahorses could hop off and find a new home.

Since seahorses have been around for more than 25 million years, it was important to factor in that ocean currents have changed over time as tectonic plates have shifted. For example, about 15 million years ago, the Tethys Ocean was almost as large as today’s Mediterranean Sea. On the west side, where the Strait of Gibraltar is located today, it connected to the Atlantic Ocean. On the east side, where the Arabian Peninsula is today, it led to the Indian Ocean.

Tectonic shifts change ocean currents
The researchers were able to underscore, for example, that the seahorses were able to colonize the Tethys Ocean via the Arabian Sea just before the tectonic plates shifted and sealed off the eastern connection. The resulting current flowing westward towards the Atlantic Ocean brought seahorses to North America. A few million years later, this western connection also closed and the entire Tethys Ocean dried out. Ralf Schneider: “Until now it was unclear whether seahorses in the Atlantic all traced their lineage to species from the Arabian Sea that had travelled south along the east coast of Africa, around the Cape of Good Hope and across the southern Atlantic Ocean to reach South America. We found out that a second lineage of seahorses had done just that, albeit later”.

Since the research team gathered 20 animal samples from each habitat, it was also possible to measure the genetic variation between individuals. And this generally revealed: The greater the variation, the larger the population. “We can reconstruct the age of a variation based on its type. This makes it possible to calculate the size of the population at different points in time”, the evolutionary biologist explains. This calculation reveals that the population that crossed the Atlantic Ocean to North America was very small, supporting the hypothesis that it have come from just a few animals brought there by the ocean’s currents while holding on to a raft. The same data also showed that, even today, seahorses from Africa cross the southern Atlantic Ocean and introduce their genetic material into the South American population.

Fast and flexible adaptation
Seahorses not only spread around the world by travelling with the ocean currents, but they were also surprisingly good at settling in new habitats. Seahorses have greatly modified genomes and, throughout their evolution, they have lost many genes, emerged with new ones or gained duplicates. This means: Seahorses change very quickly in comparison to other fish. This is probably why different types of “bony spines” evolved quickly and independently of each other that protect seahorses from predation in some habitats.

Some of the genes have been identified that exhibit particular modifications for certain species, but they are not the same for all species. Multiple fast and independent selections led to the development of spines, and although the same genes play a role in this development, different mutations were responsible. This shows that the slower, sessile seahorses were particularly able to adapt quickly to their environments. This is one of the main reasons the research team gives for seahorses being so successful in colonizing new habitats.