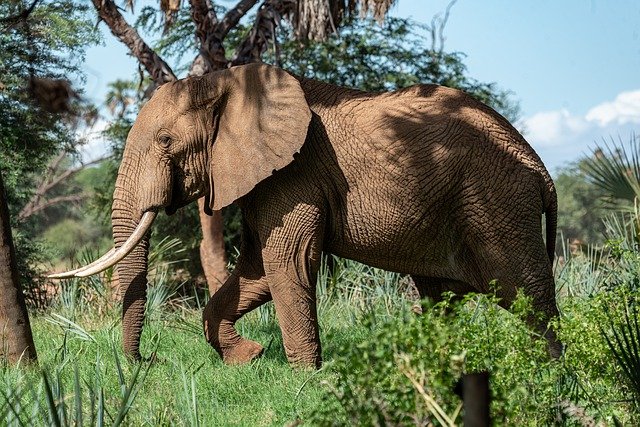 “Nature is healing” read social media posts at the outset of the pandemic, as birdsong replaced the drone of traffic during lockdown. But for wildlife conservation in Africa, the reality was very different. Anti-poaching operations in protected areas were paused or restricted to limit the spread of the virus, leaving populations of threatened species like the African lion vulnerable. Now these areas are confronting COVID-19’s economic fallout, and research suggests that illegal hunting, mining, deforestation, and bushmeat consumption all tend to increase during downturns.

Safari tours and other forms of wildlife tourism in Africa generate more than US$29 billion each year. Whether it’s the salaries of park rangers or money for community outreach and education, much of the funding for conservation comes from this tourism revenue, including 80% of the annual budget of South African National Parks. Travel restrictions during the pandemic have gutted visitor numbers, with 90% of African tour operators reporting a drop in bookings of three-quarters or more. Many protected areas were suffering severe budget shortfalls even before the pandemic.

COVID-19 exposed the fragility of this model of conservation, but is there another way?

The idea of a conservation basic income (CBI) was recently proposed to fund efforts to safeguard biodiversity. The concept is simple: people living alongside endangered wildlife receive an unconditional monthly income to reduce their dependence on hunting for bushmeat or chopping down trees for timber and firewood.

You may have already heard of something similar. Several economists and politicians have suggested that governments could improve social security by paying each citizen a universal basic income – a regular and guaranteed payment sufficient to cover basic needs, including food and housing.

Instead of relying on tourist numbers remaining stable, the money for a CBI programme could be raised in a way that’s more dependable and resilient to shocks, such as a tax on carbon pollution. The UK government’s recent ten-point environment plan included another option with its commitment to “green finance”, which would involve governments encouraging private investment in environmental causes. CBI could also work in areas where there are many threatened species, but few tourists, such as central Africa.

Another approach aiming to tackle conservation’s over-reliance on tourism is monetising ecosystem services. This is an arrangement in which habitats like woodland and the environmental services they provide, like carbon storage, are bought and sold on an international market. Wildlife can be protected as a result, and businesses or states can offset their pollution or environmental damage by investing in these schemes, which now number more than 550 worldwide, with annual transactions in the region of US$40 billion.

Both wildlife tourism and payments for ecosystem services attach a monetary value to biodiversity, whether as a draw for tourists, or to maintain useful ecosystem services. This is supposed to prioritise protection ahead of more damaging methods of generating income. But in reality, these incentives often fail to compete with the appeal of more lucrative industries, such as logging or mining.

Instead of paying for services, a conservation basic income compensates local people for the infringements and costs that conservation entails. Tourists might pay a lot to visit well-guarded reserves filled with wildlife, but restrictions on harvesting resources from these areas directly affect local communities. Having a guaranteed monthly income could mean people have less cause to resort to small-scale mining or poaching, and could help them recoup the losses that living alongside large wild animals incurs, such as livestock taken by predators.

It’s still a relatively new idea though and hasn’t been implemented yet, but one charity is raising money to conduct a two-year trial in an area of Zimbabwe with high levels of poverty and poaching. Each month, every adult would receive US$50 and every child US$20 (paid to their mother or guardian), with payments delivered by mobile phone.

As with any new idea, questions abound. Would increased income result in bigger environmental impacts, as people can more easily afford land-clearing equipment, for instance? Is it possible that such a scheme attracts new arrivals to the area, increasing local pressure?

It’s important to remember that the threats facing the world’s biodiversity are varied. Economic considerations form only part of a complex picture. How CBI would interact with a cultural tradition like Maasai lion hunting, for instance, is still unclear. But 2020 has exposed the fatal flaws in a conservation model reliant on wealthy tourists and regular air travel. New ideas are vital in the effort to safeguard the environment post-pandemic.