Home » Underwater forests draw down carbon too – why do we ignore coastal habitats? 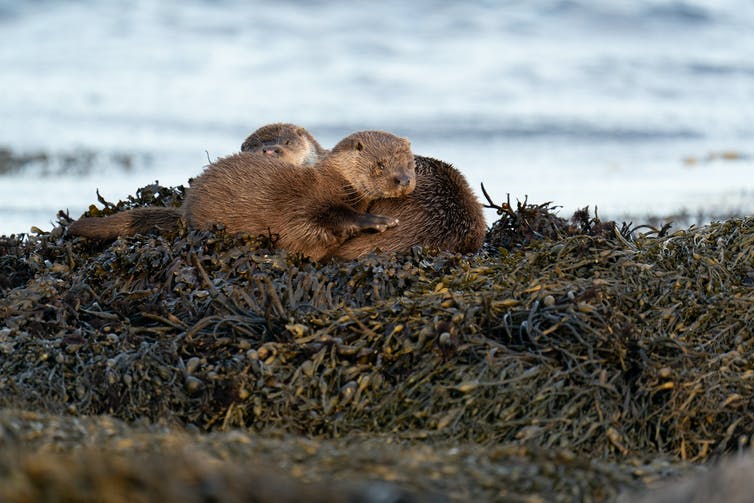 Trees also take a long time to grow. Some have argued that by the time the carbon is locked into the trees and the soils beneath them it will be too late to stop runaway temperature rise. Others point to the multiple benefits that woodlands provide, such as timber, recreation and natural flood protection, as reasons canopy extent should be expanded no matter the difficulties.

Given these issues, it’s worth noting that the UK is surrounded by some of the most productive actively sequestering habitats on the planet. Often referred to as “blue carbon” habitats, saltmarshes and seagrass meadows lock carbon down by trapping organic material into sediment, which can build at rates similar to temperate woodland plantations.

Meanwhile, kelp forests grow on rocky surfaces and so don’t sequester carbon locally, but produce and release large amounts of carbon via erosion. Some of this carbon then makes its way to be sequestered in sea lochs, offshore sediments and the deep sea.

It’s perhaps surprising that these extensive sources and sinks of carbon are ignored in the UK government’s greenhouse gas accounting, especially when nations such as Belize and another 27 countries around the world are including coastal wetlands in their national response to climate change.

The exclusion is primarily due to some significant knowledge gaps. To date, estimates of the UK’s coastal and marine carbon stocks and flows come from a single study in Scotland, which suggested nearly 8 million tonnes of marine-derived carbon is sequestered around the Scottish coast each year.

When scaled across the whole of the UK these quantities will be much higher, but the full extent of many of the country’s coastal carbon stores is unknown. Mapping underwater habitats is a challenging and costly process, requiring a combination of direct and remotely-sensed observations, and computer modelling.

Another unknown is precisely how carbon is sequestered, partitioned and stored over space and time. Kelp forests are more extensive around the UK than seagrass meadows and saltmarsh, and we need to identify the sinks where the kelp’s carbon ends up.

But these knowledge gaps shouldn’t be a hindrance. Importantly, including these habitats in the greenhouse gas inventory would also benefit conservation efforts. Protecting and restoring seagrass meadows, saltmarshes and kelp forests would supply a host of additional ecosystem services. Together they provide nurseries for many commercially important species such as cod, crab and lobster. They also reduce coastal flooding and erosion and play a major role in maintaining water quality.

As on land, marine habitats depend on connectivity to function. Many species move between different habitats, so a holistic conservation approach is required.

A focus on blue carbon would also fit well with the shifting business attention on the “triple bottom line”, which makes environmental and social governance as important as financial profits. Supermarket supply chains, for example, could become more sustainable if action was also being taken to protect the environments from which products are being harvested.

With the UK chairing next year’s COP 26 UN climate conference, there is a real opportunity to demonstrate global leadership. Let’s hope this isn’t missed.