Home » We need a safety net for biodiversity 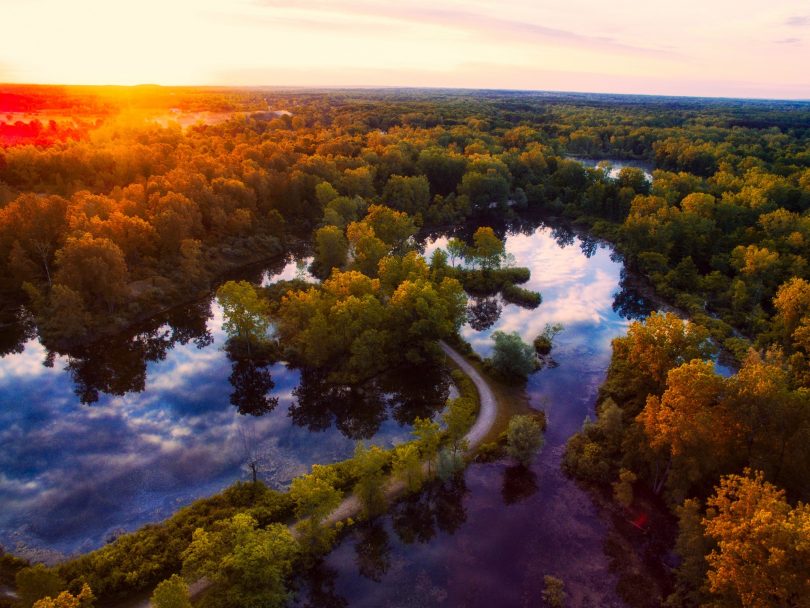 A “safety net” made up of multiple interlinked and ambitious goals is needed to tackle nature’s alarming decline. No single goal can capture the broad range of characteristics that need to be sustained, concludes a large international team with the German Centre for Integrative Biodiversity Research (iDiv), the Martin Luther University Halle-Wittenberg (MLU) and the Leibniz-Institute of Freshwater Ecology and Inland Fisheries (IGB). The study, published in the journal Science, outlines the scientific basis for redesigning the new set of biodiversity goals.

The scientific advice comes at a critical time: The Convention on Biological Diversity (CBD) recently announced that none of its 20 Aichi Biodiversity Targets for 2020 has been reached. Policymakers, scientists and country negotiators are now preparing for the next generation of biodiversity goals for 2030 and 2050, to be enshrined by their 15th Convention of the Parties in 2021. Countries, organisations and interest groups have put forward proposals for particular facets of nature, such as species, natural ecosystems or genetic diversity.

Led by Earth Commission scientists a group of more than 60 leading biodiversity experts from 26 countries assessed these draft goals and asked what scientific evidence supports them, how these goals reinforce or undermine each other, and whether one aspect of nature could serve as a shortcut for others. The result is an independent, scientifically grounded, unprecedentedly comprehensive assessment.

“We hope this is a useful tool in the CBD negotiations on a new strategy for nature and people,” said Professor Sandra Díaz, lead author of the paper. She is Professor at the National University of Córdoba, Argentina. She co-leads the Earth Commission’s working group on biosphere interactions and has co-chaired the Global Assessment of the Intergovernmental Science-Policy Platform on Biodiversity and Ecosystem Services (IPBES).

To reach the road to recovery, ecosystems, species, genetic diversity and nature’s contributions to people all need distinct goals, and these goals need to be woven together into a safety net and set at a high level of ambition.

According to the scientists three points are critical for nations to take into account when setting the new biodiversity goals: Firstly, a single goal for nature, based on a single facet, for example, focused only on species extinctions, or ecosystem area, similar to the ”below 2°C” target for climate, is risky. Multiple, distinct goals are needed for ecosystems, species, genes and nature’s contributions to people to make sure none of them falls through the gaps. Secondly, as the facets of nature are interlinked and affect each other for better or worse, the goals must be defined and delivered holistically, not in isolation. Thirdly, only the highest level of ambition for setting each goal, and implementing all goals in an integrated manner, will give a realistic chance of “bending” the curve of nature’s decline by 2050.

The paper provides the scientific basis for distinguishing between low and high ambitions. Ambitious goals should include the strict “no net loss” and targeted restorations of ecosystems, both in natural and managed lands, minimal loss of species, 90 percent of genetic diversity conserved and a broad range of nature’s contributions to people secured.

“Building a sufficiently ambitious safety net for nature will be a major global challenge,” said Díaz, “but unless we do it, we are leaving huge problems for every future generation.”

“Biodiversity change is a challenge even more complex than climate change. The biodiversity community has come up with an agenda to address this challenge that in some ways is more advanced than the current goals for climate, as it recognises we need to act for multiple goals in a synergistic way and also on different drivers,” added Professor Henrique Miguel Pereira, Head of Biodiversity Conservation at iDiv and MLU.

“A key factor is that biodiversity is a very multidimensional feature. The different dimensions need to be synergistically targeted to reach our goal of biodiversity conservation – we are bound to fail if we do not take this multidimensionality into account”, says Luc De Meester, director of IGB and Professor of Freshwater Science at the Freie Universität Berlin.

The authors have produced a checklist of key science-based points that negotiators could have handy during the upcoming negotiations of the final text of the new biodiversity goals.