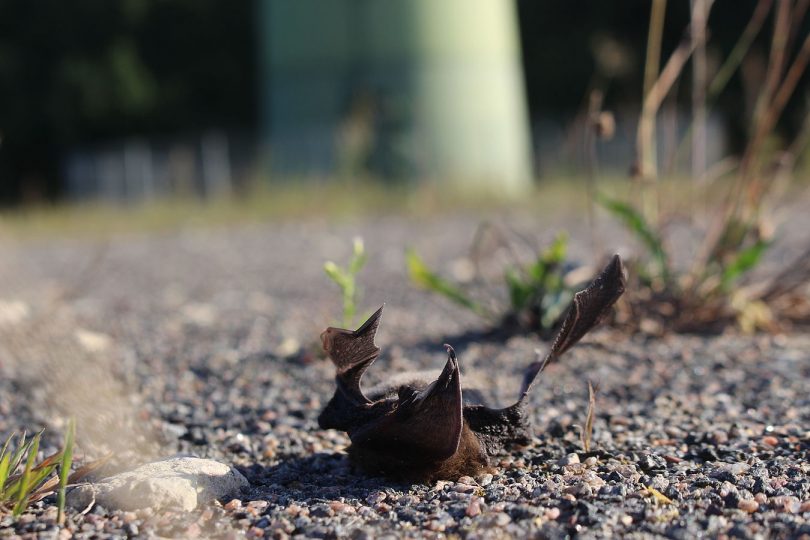 Both seasonal migration and the maintenance and use of an effective immune system come with substantial metabolic costs and are responsible for high levels of oxidative stress.

How do animals cope in a situation when energy is limited and both costly body functions are needed? A team of scientists led by the Leibniz Institute for Zoo and Wildlife Research (Leibniz-IZW) investigated whether and how the immune response changes between pre-migration and migration seasons in the Nathusius pipistrelle bat. They confirmed that migratory bats favour the energetically “cheaper” non-cellular (humoral) immunity during an immune challenge and selectively suppress cellular immune responses. Thereby, bats save energy much needed for their annual migration. The results are published in the scientific journal “Scientific Reports”.

The team of scientists around Christian C. Voigt, head of the Department of Evolutionary Ecology of the Leibniz-IZW, and Gábor Á. Czirják, senior scientist at the Department of Wildlife Diseases of the Leibniz-IZW, assessed the activity of several branches of the immune system of the Nathusius pipistrelle bat before and during migration. The seasonal journey of a 7 g Nathusius pipistrelle is energy-intensive since they fly more than 2.000 km during their annual journeys between the Baltic countries and southern France, and the metabolic turnover during flying is an order of magnitude higher than the basal metabolic rate . “It seems likely that bats will have to trade some body functions such as the immune response against the high cost of flight during migration”, Voigt says. In order to verify this conjecture and to elucidate how the immune system is configured during this pivotal time of the year, the team measured the cellular and humoral response of the innate immune system (relative neutrophil numbers and haptoglobin concentration, respectively) and the cellular response of adaptive immunity (relative lymphocyte numbers) before and during migration. They compared baseline levels of these immune parameters and studied them in response to an antigen challenge.

“Our results confirm significant differences between the two periods. We conclude that this species of bat pays attention to the energy requirements of the different branches of immunity when switching from pre-migratory to the migratory season”, Voigt explains. Before migration the cellular response of the innate immune response was significantly higher than during migration, whereas the humoral response of the same immune branch was dominant during the migration period. “The Nathusius pipistrelle responds with a strong humoral immune response to a challenge mimicking a bacterial infection. This response is more pronounced during migration, while there is no activation of the cellular response in such a situation”, adds Czirják. When the animals embark on their strenuous journeys they reduce the cellular immune response, which is more energy-demanding than the humoral response. With this strategy the Nathusius pipistrelle might save energy during migration.

“The open question is whether or not the focus on humoral immunity during the migration period puts bats at some risk”, Voigt says. “It is possible that they are more susceptible to certain pathogens while migrating if bats cannot mount an adequate cellular immune response.” These and other related questions are now the topic of further immunological research by the bat research group at the Leibniz-IZW.