Home » Artificial intelligence can help protect orchids and other species 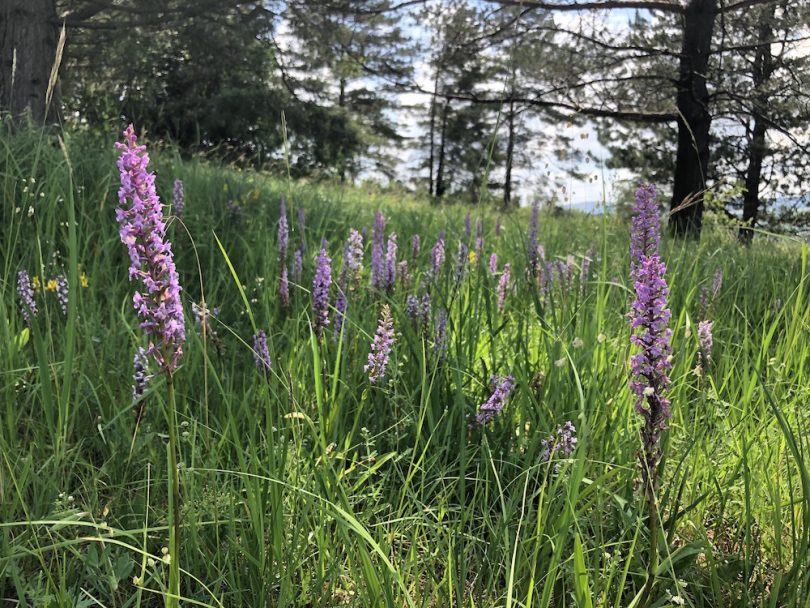 Orchids may be decorative, but many orchid species are also threatened by land conversion and illegal harvesting. However, only a fraction of those species is included in the IUCN Red List of Threatened Species, because assessments require a lot of time, resources and expertise. A new approach, an automated assessment developed under the lead of biodiversity researchers from Central Germany, now shows that almost 30% of all orchid species are possibly threatened. The findings have been published in Conservation Biology and suggest that the new approach could speed up conservation assessments of all species on Earth.

Orchids are more than just decorative – they are also economically important in horticulture, in the pharmaceutical industry and even in the food industry. For example, vanilla orchids are grown commercially for their seed pods, and the economy on the northeast of Madagascar centres around the vanilla trade. But many of the approximately 29,000 orchid species face immediate threats by land conversion and illegal harvesting, resulting in an urgent need to identify the most endangered species and protect them from extinction. The global Red List of the International Union for the Conservation of Nature (IUCN) is the most widely used scheme to evaluate species’ risk of extinction. The assessments are based on rigorous criteria and the best available scientific information, making them resource-intensive and, therefore, only available for a fraction of the species worldwide. To date, only about 1,400 of all orchid species have IUCN Red List assessments.

An international team led by researchers from the German Centre for Integrative Biodiversity Research (iDiv), Leipzig University (UL), Martin Luther University Halle-Wittenberg (MLU) and the Helmholtz Centre for Environmental Research (UFZ) addressed this issue with the help of an automated assessment approach including the use of machine learning algorithms – also known as deep learning. The integration of machine learning into automated conservation assessments may bring them to a whole new level. “Deep neural networks are widely used in other fields such as image recognition, but they can also help with conservation assessments,” said Dr Alexander Zizka from iDiv and UL. “With our method, we can incorporate additional aspects such as climate, geographic region or traits related to the respective species – and we can do this very fast.”

Almost 30% of all orchids are possibly threatened

“Ideally, all orchid species would have IUCN Red List assessments – this way, the ones most urgently in need of conservation efforts are identified, which is the critical first step in conservation,” said Dr Pati Vitt of Northwestern University in Evanston (USA). Vitt, an expert in the field of orchids, came on sabbatical to iDiv in 2018 and worked with scientists with expertise in automated assessments. Bringing together their different skills and expertise, the researchers assessed the risk of extinction for almost 14,000 orchid species – the first large-scale assessment of the conservation status of orchids.

The researchers found that out of the 14,000 orchid species more than 4300 are possibly threatened with extinction. They were also able to identify the places where conservation efforts are most urgently needed: Madagascar, East Africa, south-east Asia, and several oceanic islands are priority areas for orchid conservation. The automated assessments identified threatened species with an accuracy of 84.3%.

Speeding up conservation assessments of all species on Earth

The researchers also examined the cases in which the automated assessments classified species differently than the IUCN Red List. “This provides information on how we can best refine the automated assessments in the future to increase their accuracy even more,” said Prof Tiffany Knight from iDiv, MLU and UFZ. “For orchids, we would need to incorporate information on species trade and local land use.”

The automated approach the researchers applied for the orchid family may be a model for other species. In particular, the approach could be valuable for the species-rich, but poorly studied, tropical regions. Here, even preliminary assessments will be useful for informing conservation. “A particular strength of our approach is that it can be trained for other taxonomic groups or regions,” said Zizka. “By doing so, it could speed up the conservation assessment of all species on Earth.”

Header image: Gymnadenia conopsea is common in Northern Europe, but can also be found in Central Europa. The orchid-rich semi-natural grasslands of the Czech Republic are among the most species-rich plant communities in Europe. Credit: Tiffany Knight.