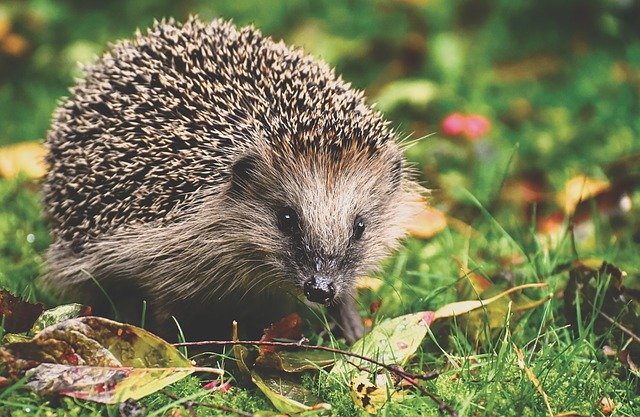 Nature charities across the UK are urging our governments to begin a ‘new era for nature’, following the confirmation by the UN on the failure of the international community and UK governments in a decade-long effort to halt environmental decline. Environmental charities in England, Wales, Northern Ireland and Scotland are writing to the leaders of their national governments to call for the UK to lead the charge for new targets and concerted global action to reverse our nature crisis.

The Global Biodiversity Outlook 5, published 15 September 2020 by the United Nations, has confirmed that the international community will fail its global targets to reverse losses in wildlife and the natural environment by the end of 2020. This announcement follows hot on the heels of research from RSPB which highlights that the UK’s performance on restoring nature may be considerably worse than previously thought, and WWF and Zoological Society of London (ZSL)’s Living Planet Report 2020 which shows animal populations globally have plunged by 68% in the last 50 years.

Prime Minister Boris Johnson is being urged to commit to a new UK era for nature by announcing at the UN biodiversity summit on 30 September that the government will: protect at least 30% of land and sea for nature by 2030, and support a new global target and action plan to restore species and habitats with equivalent targets to be set in UK law under the Environment Bill.

Richard Benwell, CEO of Wildlife and Countryside Link said: ‘The failure to meet these targets is a wake-up call for nature that our leaders must answer before it is too late. Sometimes losses have been sudden, sometimes they have been slow, but the unassailable trend in our wildlife populations is down. Unless we turn things around, we face economic and environmental catastrophe. We are calling on the Prime Minister to help start a new era for wildlife, fighting for a strong global target and worldwide action, matched with a clear legal commitment, increased investment and ambitious programmes to restore nature at home.’

Beccy Speight, chief executive at the RSPB said: ‘Today’s UN report must be seen as a wakeup call for the governments of the UK and leaders around the world, the nature crisis is not going away and we are facing up to the realities of a lost decade for nature’s recovery. We continue to see more of our wildlife pushed to the brink of extinction, and the loss of species is a stark reminder of what is at stake – simply put, positive rhetoric and empty promises are not enough to revive our world.

‘This is a global issue and the UK is not alone in failing to meet the targets set ten years ago. We cannot be in this same position in 2030. The Prime Minister must see this as our opportunity to demonstrate true global leadership on the environment by putting ambitious targets for nature’s recovery into domestic law.’

In four separate letters, charities are calling on Boris Johnson, Nicola Sturgeon, Mark Drakeford and Arlene Foster and Michelle O’Neill to back calls for a global target to reverse nature losses by 2030. To ensure success in the next decade, a clear new commitment should be supported with measurable national action plans, sufficient finance, and strong accountability and transparency mechanisms.

The charities also point out that, by its own admission, the UK has failed to live up to its responsibilities in reversing biodiversity declines. Official estimates say the UK will fail 14 out of 20 Aichi targets but RSPB analysis shows we may fail 17 out of 20 targets.This has been a “lost decade” for nature. The State of Nature Report showed the continuing decline in wildlife, with 41% of UK species in decline and 15% of species now threatened with extinction from Great Britain.

The charities are calling on each government across the UK to commit to legally-binding targets to reverse nature’s decline well ahead of international talks to agree future targets, which will take place in China in 2021.The charities emphasise that unless these losses are reversed, it will be impossible to meet climate change targets, as there is a heavy reliance on natural ecosystems to capture carbon.