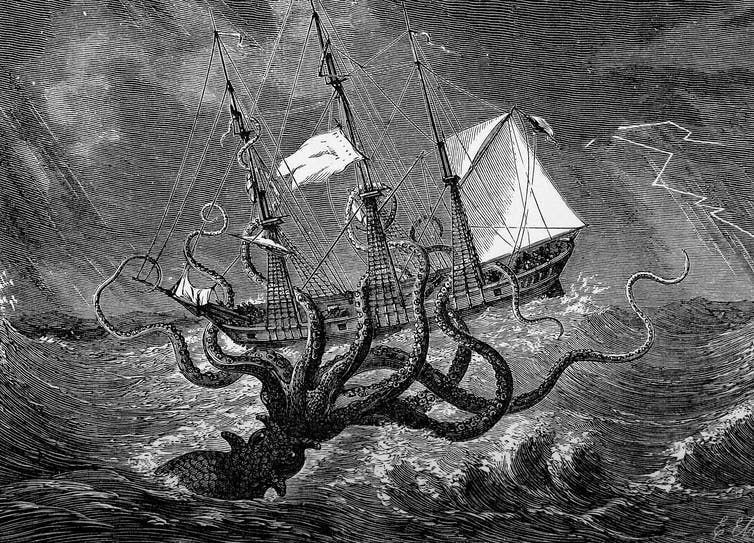 Humans are a picky species. We are happiest in a near-constant environment and experience severe and often fatal injuries if our core temperature falls below 25 C or if oxygen content of the air drops below 10 per cent.

Many other species, however, live in almost constant change.

Consider the red devil squid. Also known as the Humboldt or jumbo squid (Dosidicus gigas), it rises every night from the depths of the ocean for a few hours of frenzied feeding at the surface. Before dawn breaks, it leaves these warm waters and sinks back into the frigid abyss of crushing pressure and low oxygen.

As molecular biochemistry researchers, we wanted to know how squids adapted to daily changes in the environmental conditions imposed by their vertical lives.

Despite the obvious differences between one animal and the next, all animals share a considerable number of similar genes. According to a 2005 study, for example, the genome of the chimpanzee is about 96 per cent similar to the human genome.

The regulation of those genes allows animals to adjust to daily or seasonal changes, respond to environmental stresses or tolerate other stresses, such as extreme temperatures or pressures. Epigenetics — chemical marks that alter the availability of DNA — and RNA modifications, which can silence protein production, are two of the several ways genes are regulated.

Genetic regulation is behind the seasonal hibernation of bears, allows many species to survive in low- or no-oxygen environments and lets others withstand extreme dehydration. It even allows some creatures to endure the freezing, oxygen-deprived, radiation-filled vacuum of space, which may be happening now to the thousands of miroscopic tardigrades that crash-landed on the moon in 2019.

It turns out that is also how krakens survive in the abyss.

Krakens in the abyss

We began our study at Experiment, a platform for scientific discoveries, and crowd-funded the support we needed to work on the red devil squid in the Gulf of California, between the two Mexican states of Baja California Sur and Sinoloa.

On one tranquil, pitch-black night in the middle of the gulf, we noticed a flurry of movement around our boat. Jackpot.

A shoal of red devil squid were rising hundreds of metres from the ocean’s depths to the warm, oxygenated surface waters to join a large feeding frenzy. They mainly ate small fish but sometimes there was a bit of cannibalism.

Before the first rays of morning appeared, they began their quiet descent, where they would have to deal with oxygen deprivation (hypoxia), high pressures and near-freezing temperatures.

We successfully caught several juvenile and adult jumbo squid before they descended and placed them in sea-water tanks on the ship.

These aggressive two-metre-long predators calmly occupy the deep ocean by depressing global gene expression, essentially turning down the volume of most of their genome while activating a select number of genes that promote their survival. This is known as “metabolic rate depression,” and is the basis for the dormancy often associated with hibernation.

The central mechanism emerging as a vital driving force behind metabolic suppression and squid survival is epigenetics, or more specifically, the squid’s ability to alter its epigenetic code rapidly and reversibly.

Breaking down the word epigenetics helps reveal what it is. First, we have the Greek prefix epi, meaning outside of, over or around, and then we have genetics, which refers to the cell’s DNA code. So, epigenetics is the study of heritable and non-heritable changes that occur on top of or around DNA without altering the DNA sequence itself.

Squids rely on epigenetic mechanisms to survive environmental extremes and retreat into a state of suspended animation by slowing down their metabolic rate. They reduce the squid’s oxygen requirements, turn off non-essential biological processes and sidestep damage from cold temperatures.

The epigenetic tools that alter gene expression in both squids and humans include DNA and histone modifications, and microRNAs. Adding chemical groups (such as methyl groups) to DNA or histones (proteins that spool DNA) can alter the availability or function of the DNA, making it more — or less — available to the cellular machinery that converts DNA into proteins.

While we have yet to explore the state of DNA modifications on oxygen-deprived squid, our study of squid histones shows that histones are modified to promote DNA condensation (or spooling), making DNA less accessible when the squid is deep in the ocean. This critical mechanism allows the squid to save energy while it is oxygen-deprived, as genes are turned off when they are tightly wrapped around histones.

A third mechanism that keeps squid metabolism flexible are microRNAs. These short pieces of RNA do not code for proteins, but silence genes by physically binding to gene transcripts and blocking them from being translated into protein.

We found microRNAs in the hearts and brains of red devil squid that could slow their metabolism while they were oxygen deprived, helping protect these organs from damage. In the muscles, which give squids the jet propulsion they need for daily vertical migrations and to escape from predators, we found another microRNA, expressed under low-oxygen conditions, that likely suppressed growth and energy use while the squid was in its metabolically depressed state.

These seemingly tiny changes have big effects, allowing the red devil squid to go back and forth from the surface of the ocean to its bottom, killing and eating everything in their path. But they also have implications for medicine, and can help researchers understand — and find innovative solutions for — health conditions like stroke, ischemia (inadequate blood flow and oxygen to organs) and organ transplants.

Nature has already solved a lot of the problems we face. We just need to figure out how.

Header image: According to the Norse sagas, the kraken terrorized sailors off the coasts of Norway and Greenland. Credit: John Gibson.