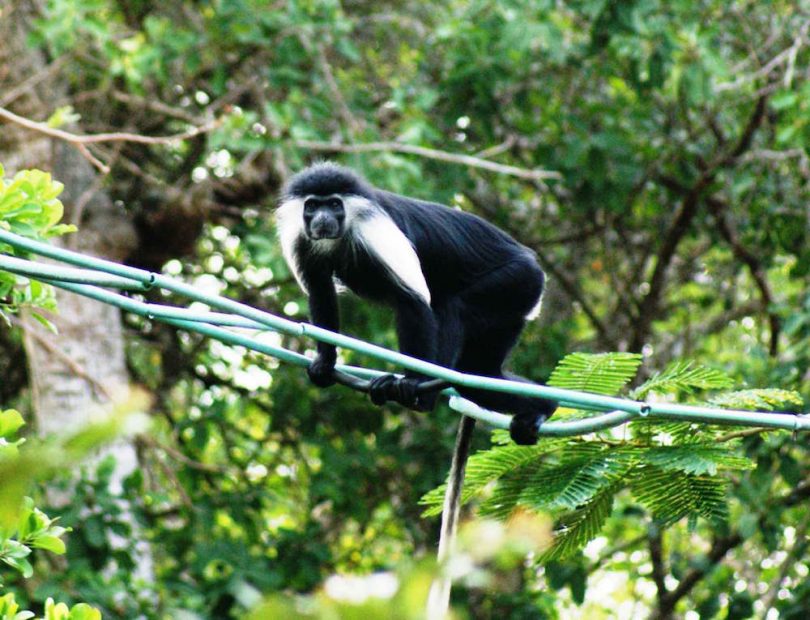 Less than one percent of scientific literature on primates evaluate the effectiveness of interventions for the conservation of primates. That is the result of a new study compiled by a team of experts in 21 countries, led by researchers from the German Centre for Integrative Biodiversity Research (iDiv), Martin Luther University Halle-Wittenberg (MLU), Max Planck Institute for Evolutionary Anthropology (MPI-EVA) and the University of Cambridge. Despite great protection efforts, this is one of the main reasons for the dramatic decline of the populations of primate species. The study published in the journal BioScience proposes several actions to improve the evidence base for the conservation of primates.

Primates receive a lot of research attention and conservation funding compared to other taxonomic groups, owing largely to their anthropological significance and charisma. Yet, we remain unable to conserve them effectively. To date, about 60 percent of primate species are threatened with extinction and 75 percent have declining populations.

The authors of the new study ascribe this paradox to the severe lack of evidence for effective conservation of the world’s primates. Compiled by a team of 59 primate researchers and practitioners, as well as scientists from the Conservation Evidence Initiative in Cambridge, the study examined roughly 13,000 primate studies. Only 80 of these studies investigated the effectiveness of primate conservation interventions, which is very few compared to other taxa. In addition, only 12 percent of threatened primates and only 14 percent of all primate species recognised today were covered by these intervention studies.

Intervention studies focused on large-bodied primates and Old World monkeys, particularly great apes, but left out entire families, such as tarsiers and night monkeys. “Whether a species was threatened or not played no significant role for the scientists in the choice of their studied species,” said Dr Jessica Junker from iDiv, MLU and MPI-EVA, who led the research effort together with Dr Silviu Petrovan from the University of Cambridge’s Department of Zoology. “We therefore lack the evidence-based information necessary to effectively protect and manage many vulnerable species.”

In addition to the taxonomic biases, the authors also found that studies were biased towards specific geographic regions and interventions. More specifically, less than half (41 percent) of the 162 possible primate conservation interventions identified by primate experts were evaluated quantitatively.

Even those studies in which tests on the effectiveness of measures had been carried out failed in most cases (79 percent) to provide evidence of effective protection of primates. This was due to studies lacking quantitative data, difficulties in undertaking post-implementation monitoring of populations or individuals, or implementing several interventions at once. “The fact that so many measures are implemented without knowing whether they will work at all is an absolutely alarming result, considering the vulnerability of this group of species,” said Petrovan. “Ideally, studies should identify the most effective interventions for all primate conservationists.”

Systematic evaluation of conservation activities for primates is difficult

The problem of proving the effectiveness of primate protection measures is also due to the animals’ survival and reproduction strategies. “Primates tend to occur at low densities, become relatively old and have few offspring, which means that generational changes take a relatively long time. In addition, their preferred habitat in the trees makes them difficult to count. This requires innovative methods and intense monitoring over long periods, specific knowledge and hard-to-obtain long-term funding,” said Dr Hjalmar Kühl from iDiv and MPI EVA), senior author of the study.

“The declines of many primate species highlight the urgent need for funding and swift action,” said Kühl. “If we are to prevent imminent extinctions and ensure the survival of viable primate populations in the long term in a cost-effective manner, we need to adopt an evidence-based approach to primate conservation.”