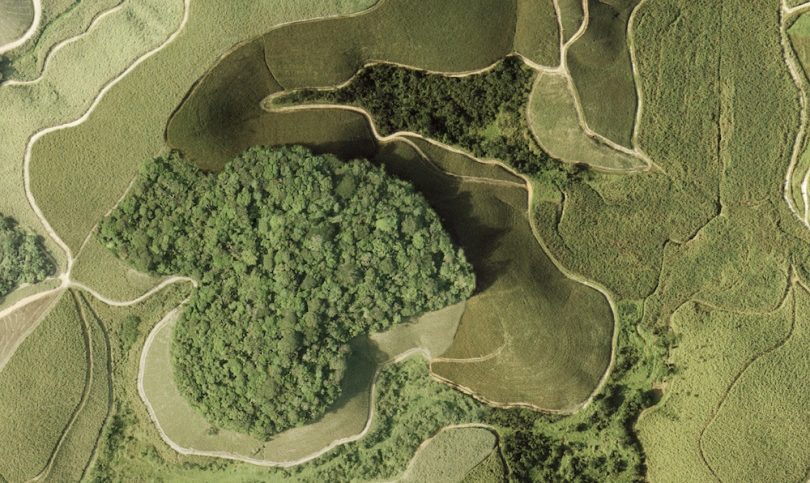 Biodiversity’s ongoing global decline has prompted policies to protect and restore habitats to minimise animal and plant extinctions. However, biodiversity forecasts used to inform these policies are usually based on assumptions of a simple theoretical model describing how the number of species changes with the amount of habitat. A new study published in the journal Nature shows that the application of this theoretical model underestimates how many species go locally extinct when habitats are lost. Scientists from the German Centre for Integrative Biodiversity Research (iDiv), Martin Luther University Halle-Wittenberg (MLU) and the Helmholtz Centre for Environmental Research (UFZ) used data from 123 studies from across the world to set the path for the next generation of biodiversity forecasts in the face of habitat loss and restoration.

One of the most fundamental theories in biodiversity science describes how the number of species increases as the area of habitat increases; conversely, as habitat is destroyed, species are lost. This theory allows ecologists to predict how many species will go extinct as humans destroy natural habitats, and how many species will be protected when habitats are protected. There is a potential flaw, however, in how the theory is applied to biodiversity forecasts.

‘Ecosystem decay’ refers to the case when some species are more likely to go extinct when habitat is lost than predicted by theory. Pioneering conservation biologist, Thomas Lovejoy, coined the term to describe results from studies in small forest islands left behind after clearcutting in the Brazilian Amazon. High levels of sunlight encroached into the normally dark forest understory, harming plants adapted to lowlight conditions. Larger animals, like monkeys and big cats, left or went locally extinct.

Using rigorous statistical tools and a database of 123 studies of habitat islands from across the world, Prof Dr Jonathan Chase, head of the Biodiversity Synthesis research group at iDiv and professor at MLU, and colleagues provide conclusive evidence that ecosystem decay is pervasive and point to a way to develop more realistic biodiversity forecasting models. Specifically, the scientists found fewer individuals, fewer species, and less even communities in samples taken from a small habitat compared to samples of the same size and effort taken from a larger habitat.

Jonathan Chase said: “Mathematical models that are used for biodiversity forecasts typically ignore the effects of ecosystem decay. This is because we have not, until now, had systematic evidence for just how strong its effects are across ecosystems and species groups.” He added: “This means that most forecasts underestimate how much biodiversity is being lost as habitats are lost.”

The scientists spent years compiling data from published habitat loss studies from across the world. These included data from tropical forest islands left within agricultural matrices of oil palm, coffee, chocolate and banana trees. From islands in lakes that were created during the construction of dams for hydroelectricity. And from nature reserves isolated within expanding agriculture and urbanisation across the world. They included data from studies on plants and a wide variety of animals, including birds, bats, frogs and insects. In many cases, the data Chase and colleagues needed weren’t available in the published paper. “We often went back to the authors of the studies. Many of them went above and beyond, digging up old field notebooks and cracking long-expired versions of software and hardware to get us what we needed for our analyses,” said Chase.

Variation in the patterns

Another co-author, Prof Dr Tiffany Knight, from MLU, UFZ and iDiv, added: “One surprise was that we found weaker ecosystem decay in studies from Europe, where habitat loss often occurred many hundreds of years ago, compared to studies from other places where losses occurred more recently.” Knight continued: “We expected the opposite, because ecosystem decay is thought to emerge slowly as species go extinct. But what we found is that different species replaced those that were lost.”

The results of this new study could be seen as dire because it concludes that many biodiversity loss forecasts are too optimistic. But the authors prefer to see the brighter side. “What we have found is that it is possible to make more realistic projections for how biodiversity will be lost as habitats are lost,” Chase said. He added: “This will allow us to make more informed policies regarding habitat protection and provides added incentives for restoring habitats to restore the biodiversity within.”

This research was supported by the DFG – Deutsche Forschungsgemeinschaft (FZT-118).