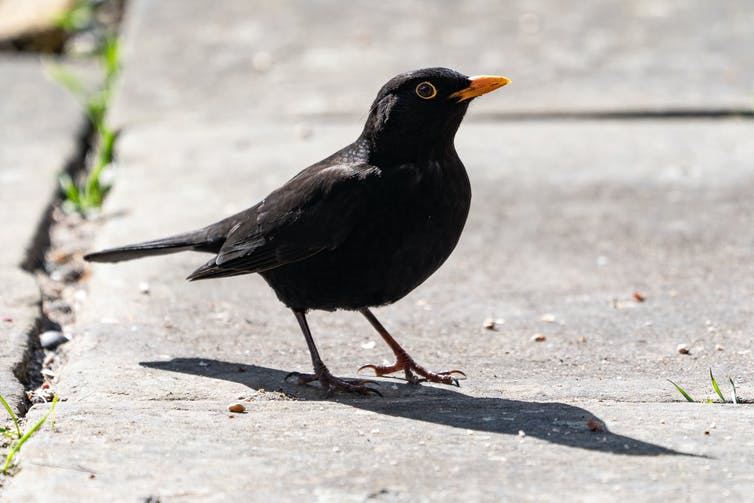 “Build, build, build.” In an attempt to kick-start the UK’s economic recovery from COVID-19, prime minister Boris Johnson has announced a £5 billion boost to infrastructure projects, including £100 million for roads. Sadly, there was little mention of the need for these projects to be environmentally sustainable. Johnson dismissed existing work to squeeze wildlife conservation into development plans with the belittling label of “newt-counting”.

So what does “build, build, build” mean for Britain’s wildlife? It isn’t hard to see the impact of development – towns and cities already have a markedly different, and simpler, make-up of species compared to rural areas. Rats and pigeons are in abundance and many other species completely absent. This is partly due to differences in species’ abilities to tolerate human-generated noise, which can affect their communication and ability to detect predators and prey. One major, and frequently overlooked, source of this noise is roads.

Great Britain has one of the densest road networks in the world, with a total length of 247,000 miles. That’s almost ten times the circumference of the globe. Nearly 40 million vehicles use these roads and traffic levels over the past half-century have more than doubled. Over the same period there have been large declines in British wildlife populations, including many bird species, begging the question: is there a link?

Colleagues and I explored this possibility in a recent paper, now published in the journal Nature Communications. We assessed the abundance of 75 different bird species at almost 20,000 sites across Britain, in relation to the locations of nearby roads.

Of these species, 77% varied significantly in abundance around roads, with just over half showing lower relative abundance near roads and the rest showing higher relative abundance. These variations are likely not solely due to noise, but also collisions, and both air and chemical pollution.

For those species that were relatively less abundant around roads, these associations could be detected up to an average of 700 metres from a road. Strikingly, more than 70% of the land area of Britain and more than 40% of the total area of terrestrial protected sites such as national parks and nature reserves, lies within 700 metres of a road.

Analysing these results further, we found that species with smaller national populations, such as yellow wagtails and green woodpeckers, generally exhibited lower relative abundance near to roads, while the opposite was true for more common species such as wood pigeons and blackbirds.

Smaller-bodied and migratory species, such as chiffchaffs, were also found in lower relative abundance around roads, possibly due to differences in collision rates, song frequency or ability to adapt to noise.

With some species appearing to tolerate the disturbance of roads better than others, it is possible that roads, like urban areas, may be leading to simplification of Britain’s bird life, as already rare species are further replaced by more common ones. Disturbance from roads is also known to have direct effects on a variety of other animals, including mammals, amphibians, fish and invertebrates.

However, roads have largely been overlooked as a threat to biodiversity, particularly at governmental level, and as yet there are no broad-scale aims to reduce the full suite of impacts of roads on wildlife, even though traffic in Britain is forecast to increase by a further 51% (on the 2015 level) by 2050. A planned UK-wide ban on the sale of combustion engine-powered cars by 2035 will reduce emissions and pollution from roads and has the potential to reduce noise to a certain extent, but it is far from a complete solution. Collisions also affect many wildlife populations, and much road noise comes not from vehicle engines but the interaction between tyres and road surfaces, particularly at higher speeds. Though the noise can be reduced by roadside barriers, for example, or the use of smaller aggregate material or by the inclusion of rubber in the road surface, these solutions are not yet widely implemented.

That birds, and likely other wildlife, may already be being impacted by roads across more than 70% of Britain is a matter for immediate attention. In the promotion of short-term economic growth, long-term sustainability should be taken into account and ambitions such as “build, build, build” should be interwoven with efforts to protect and promote our wildlife and natural landscapes.

Header image: Some species, like blackbirds can tolerate roads better than others. Credit: Guy RD/shutterstock.