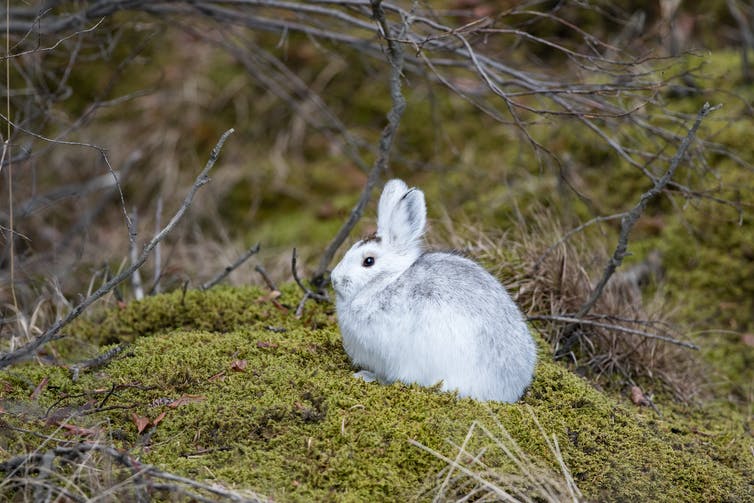 The current heatwave in the Arctic, with temperatures reaching 38℃ in some parts of northern Siberia, is symptomatic of a region experiencing more than twice the global average rate of warming. For this reason, the rapid changes occurring in the Arctic could be an indicator of things to come across the planet.

Arctic environments are very seasonal, with massive differences between the dark snow- and ice-covered polar nights and the short summer season when plants do most of their growing. While some animal species remain active all year round and have adapted to survive long snowy winters, others use the short summers to build up energy reserves to survive their hibernation. Changes like summer heatwaves, unusually mild winters and the early onset of spring have all sorts of consequences for cold-adapted Arctic wildlife.

Warmer summers can transform the landscape. Permanently frozen ground (known as permafrost) is thawing and taller shrubs are growing in the grassy tundra.

As their habitats change, Arctic wildlife species face new challenges. One animal I am particularly interested in, and spent seven years researching, is the Arctic ground squirrel. This species has been around for more than 740,000 years, when they inhabited the same steppe tundra as the woolly mammoth.

They still do best in open habitats, dominated by grasses and similar plants, and live in colonies of as many as 50 and sometimes more. When predators such as grizzly bears, golden eagles or foxes appear, the squirrels can be heard alarm-calling to the rest of the colony and disappear in to the safety of their burrows. We know that they are more likely to establish extensive colonies in open habitats with less woody vegetation blocking visibility.

One issue for Arctic ground squirrels is their ability to see their predators at distance. As I found in my own fieldwork on squirrels in northern Canada and Alaska, more shrubs in the environment could mean they are less likely to see predators and therefore forage for food more cautiously.

Many of the changes in the Arctic are not direct effects of the climate, but rather responses to a chain of effects caused by the warming. For example, parasitic flies harass caribou during summer. Caribou respond by moving to higher elevations with higher winds.

But the higher elevation habitat has less food – so by escaping the flies the caribou have less to eat. As temperatures warm, and growing seasons become longer, there may be even more flies, making life harder for caribou.

Some wildlife could benefit. Willow ptarmigan, snowshoe hare, moose and north American beaver have all either been observed increasingly far into the Arctic, or are predicted to expand in that direction. These invaders from the boreal forests to the south can transform habitats further north.

Beavers are particularly known as ecosystem engineers, and by changing how water flows through the landscapes they can potentially further thaw the permafrost. I am now working in northern Canada to understand some of the impacts of having more beavers in these northern environments.

Warmer summers are only one side of the story. Wildlife can also be influenced by events in winter, such as the snowpack becoming deeper or shallower depending on how climate change affects local conditions, or snow melting earlier and earlier each year. Impacts can be unexpected and sometimes more snow falling in winter even causes delayed snowmelt despite warmer temperatures.

Sudden thaws in winter can be devastating too, such as when scientists realised that rain falling on snow was responsible for mass reindeer casualties on one Siberian peninsula in 2013. Once temperatures fell again the rainwater froze and formed thick layers of ice which prevented the reindeer from accessing plants below the snow, leading to starvation.

With this Arctic warming comes rapid social and economic change. Melting of sea ice makes more of the region accessible to shipping for longer periods. Oil development, new roads, tourism and other new economic activity all add to the threats to wildlife imposed by warming.

The confluence of all these pressures means the Arctic is almost certainly going to be hit by rapid ecological change, even if the exact details of that change are hard to predict because of how pressures are interconnected.