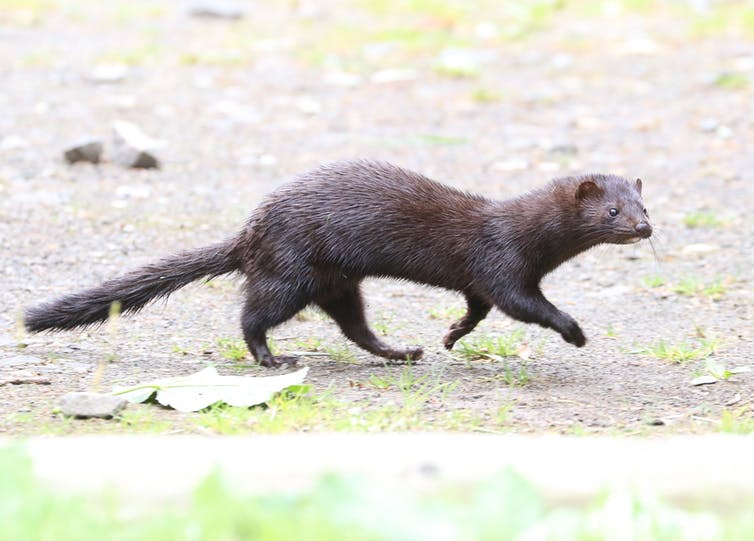 The human population is growing rapidly and making increasing demands on the planet for food, water and natural resources. As a result, environments worldwide are being converted to agricultural and urban lands; wild animal and plant populations are being over-hunted and over-harvested; and pollution is destroying the ability of many areas to support what nature remains.

The best way that we humans have found to protect this remaining nature is to designate some pieces of land (and water) as national parks, nature reserves or some other form of “protected area”. Human activities within these areas are restricted, so that habitats can be maintained or restored, and the plant and animal populations living there can thrive unmolested.

Unfortunately, one of the main ways that people are destroying the natural world is through the introduction of “aliens” – species that do not naturally occur in an area, but have been taken there deliberately or accidentally by humans. Aliens may consume, infect, breed with and compete with native species, and convert or destroy habitats, among other impacts.

As a result, dozens of species have gone extinct. While people should know and respect the sanctity of protected areas (or at least are meant to), alien species definitely do not. An important question then is whether protected areas nevertheless are able to protect against the impacts of aliens.

Colleagues from the Chinese Academy of Sciences and I recently explored this question. We used a diverse sample of almost 900 animal species that have established alien populations somewhere in the world, including mammals, birds, reptiles and various invertebrates. We then assessed whether these aliens occurred within the boundaries of almost 200,000 protected areas worldwide.

In our study, now published in Nature Communications, we found that fewer than 10% of these areas were home to these alien animals. This means, of course, that more than 90% are currently free of all them. Encouragingly, this suggests that protected areas may be effective in protecting nature even against creatures for which human designation and signage are irrelevant.

Why aliens invade some places, but not others

One key question is, what determines which of the protected areas in our dataset have been colonised by alien animals? Our analysis found that there tended to be more of these species in larger (which we would expect) and more recently established areas. It may be that because older protected areas tend to be in more remote areas, they are less at the mercy of humans. This may also explain our finding that the age of a protected area matters less for alien birds, as remoteness should be less of a barrier to such mobile species.

Some ecologists have argued that protected areas are more resistant to incursions by aliens because they maintain rich native communities of plants and animals that the aliens cannot penetrate (the “biotic resistance hypothesis”). Our analysis was ambiguous here. We found that protected areas with many native species of reptiles tend to have fewer alien reptiles (the same is true for birds).

However, the opposite was true for mammals and amphibians – for them, more native species also meant more aliens. This reflects a long-running argument in ecology about whether areas that are good for natives are also good for aliens, or whether natives keep aliens at bay. Our study, like many others, suggests that “it depends”.

Less controversial is the effect of human activities on the presence of aliens. We found that protected areas tend to have more alien animal species if they have a larger human footprint index – that is, things like greater transport links and human population density, which may facilitate alien incursions.

In this context, it is concerning that we also found that at least one of the alien animal species in our dataset has spread to within 10km of the boundary of almost 90% of protected areas, while almost all have an alien within 100km of their boundary.

Also worrying was our finding that more than 95% of these protected areas provide suitable environments for at least some of these alien animals. If they continue to spread – and we would expect many to do that – many more protected areas will have their boundaries reached, and potentially breached, by these aliens.

At the moment, it looks as if protected areas are quite effective at protecting against alien species as well as against the ways in which humanity directly degrades the natural world. Nevertheless, there is a clear need to manage the risk of further alien spread to these areas.

Header image: The American mink has invaded much of Europe and South America. This one was pictured in Cairngorms National Park, Scotland. Credit: Tim Blackburn, UCL, Author provided.