Home » Coronavirus: what the lockdown could mean for urban wildlife 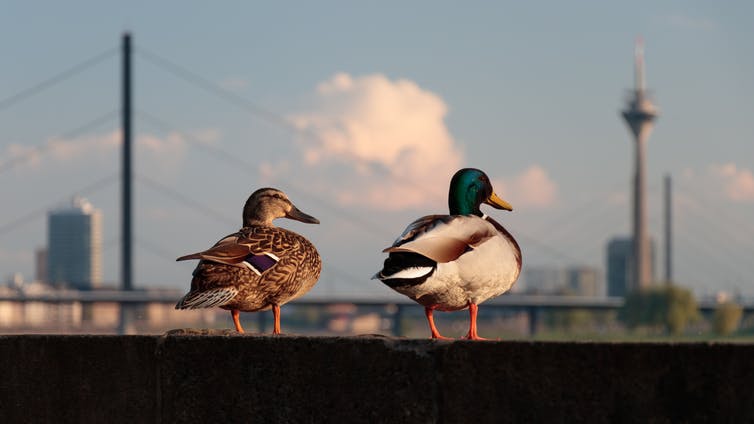 As quarantine measures take hold across the world, our towns and cities are falling silent. With most people indoors, the usual din of human voices and traffic is being replaced by an eerie, empty calm. The wildlife we share our concrete jungles with are noticing, and responding.

You’ve probably seen posts on social media about animals being more visible in urban centres. Animals that live in cities or on their outskirts are exploring the empty streets, like the Kashmiri goats in Llandudno, Wales. Others that would normally only venture out at night are becoming bolder and exploring during the daytime, like the wild boar in Barcelona, Spain.

Our new habits are altering the urban environment in ways that are likely to be both positive and negative for nature. So which species are likely to prosper and which are likely to struggle?

It’s important to note some species may be unaffected by the lockdown. As it coincides with spring in the northern hemisphere, trees will still bud and flower and frogs will continue to fill garden ponds with frog spawn. But other species will be noticing our absence.

The way we affect wildlife is complex, and some of the changes that we’ll see are hard to predict, but we can make some assumptions. In the UK, hedgehogs are our most popular mammal, but their numbers are in rapid decline. There are many reasons for this, but many die on roads after being hit by cars. With people being asked to only make essential journeys, we are already seeing reduced road traffic. Our spiny friends will have just emerged from hibernation and will no doubt be grateful for the change.

Cities are also noisy places, and the noise affects how different species communicate with each other. Birds have to sing louder and at a higher pitch than their rural counterparts, which affects the perceived quality of their songs. With reduced traffic noise, we could see differences in how bats, birds and other animals communicate, perhaps offering better mating opportunities.

School closures may not be ideal for working parents, but many will use their time to connect with nature in their own backyard. More time spent in gardens (for those lucky enough to have one), perhaps doing activities like making bird feeders, could help encourage nature close to home. There’s been a surge in people taking part in citizen science projects like the Big Butterfly Count too. These help scientists to predict the population trends of different species. The British Trust for Ornithology has just made participation in their Garden BirdWatch Project free during the lockdown, so you can connect with wildlife and contribute to important scientific research.

All is not rosy for wildlife. Many species currently rely on food provided by humans. From primates fed by tourists in Thailand, to the ducks and geese at local parks which have been closed to the public, many animals may be seeking new sources of food.

In the UK, the bird breeding season has already begun for earlier breeders like robins. Depending on how long restrictions last, many birds could ultimately make bad decisions about where to breed, assuming their carefully chosen spot is always rarely disturbed. This could threaten rarer birds which breed in the UK, such as little terns, as dog walkers and other people flock to beaches once restrictions are lifted, potentially trampling and disturbing breeding pairs and their young.

Dog walkers also enjoy lowland heathlands, especially those near urban areas such as Chobham Common in Surrey. These rare heaths are home to many rare bird species, like Dartford warblers, which could also see their nests disturbed once humans begin to emerge again in larger numbers. People who are enthralled by wildlife venturing into new areas during lockdown will need to carefully manage their return to the outdoors once restrictions are lifted.

Though some species may face challenges in now silent towns and cities, those species that live alongside us do so because they are so adaptable. They will find new sources of food, and will exploit new opportunities created in our absence. Hopefully this time will allow people to appreciate their local environments more, and find new ways to nurture them once all this is over.