Home » Bats depend on conspecifics when hunting above farmland 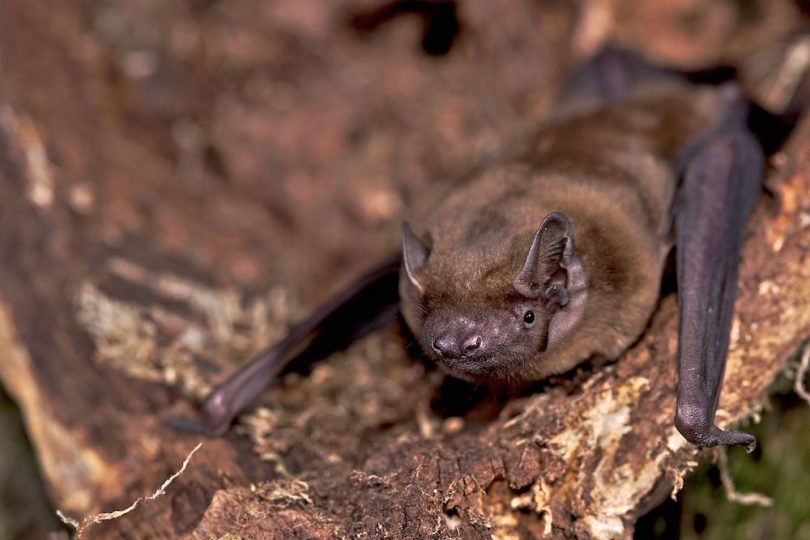 Scientists from the Leibniz Institute for Zoo and Wildlife Research (Leibniz-IZW) show in a paper published in the journal “Oikos” that bats forage on their own in insect-rich forests, but hunt collectively in groups over insect-poor farmland. They seem to zoom in on places where conspecifics emit echolocations during the capture of insects, an inadvertent clue that reveals high-yielding areas to others. However, “listening” to their hunting companions to find food only works when sufficient numbers of bats forage in the same area. If numbers continue to decline, density could fall below a critical level and joint hunting could become difficult or impossible. This could pose an additional threat to the survival of species such as the common noctule.

Human activities have massively changed the face of the earth over the past centuries. While Central Europe was covered by dense primeval forests in ancient times, today farmland, meadows and managed forests dominate the countryside. Humans have transformed natural landscapes into cultural landscapes and many wild animals disappeared, while others found new ecological niches. Bats were particularly successful in the latter process. As so-called cultural successors, many species were able to survive in modern environments, finding shelter in buildings and feeding above arable land and managed forests. But what is the secret of their success? Are they particularly efficient hunters?

To verify this, a research team from Leibniz-IZW equipped two groups of the common noctule with sensors that recorded both the spatial position and echolocations calls at the place of the tagged bat. From acoustic recordings of special hunting calls, so-called “feeding buzzes”, the authors deduced when and where the bats preyed on insects. In addition, the recording of the acoustic environment made it possible to determine whether conspecifics were present. Individuals of the first population hunted for insects in an area north of Berlin, which is characterised by large wheat, rape and corn fields. Individuals of the second population went in search of food southeast of Berlin over an area dominated by pine forest. In both areas, bats showed two flight patterns — commuting flight and the small-scale search flight, in which the animals zigzagged around, above a small area. When hunting over the forest, the bats regularly emitted feeding buzzes, both during commuting flight and during small-scale search flight, regardless of whether other bats were around. Apparently, they were successful as individual hunters. Above farmland, however, commuting bats did not emit feeding buzzes. Only after encountering a conspecific, they switched to the small-scale search flight, which was accompanied by many hunting calls.

The conclusion of the scientists: above farmland, prey is presumably rare and only found in larger numbers at a few places — for example, on hedges or ditches. This is why bats eavesdropped on their conspecifics when foraging above farmland. When they recognised a successful hunt by the feeding calls of their neighbour, they joined the group of hunting conspecifics and switched to small-scale search flights in order to effectively feed on the swarm of insects they had tracked down. Over forests, on the other hand, there is likely to be more prey, which may also be more evenly distributed. Here the animals were successful even without eavesdropping on conspecifics.

“Community hunting makes it possible for the bats to find food even above farmland with low prey density,” says Christian Voigt, head of the Department of Evolutionary Ecology at Leibniz-IZW. “However, this only works if the population is sufficiently large. Due to insect mortality and collisions with wind turbines, the populations of the common noctule and other species could decline further. These populations could fall below the critical population density, so that joint hunting may no longer be possible. Local populations that are dependent on this form of food acquisition would then be on the brink of extinction.”