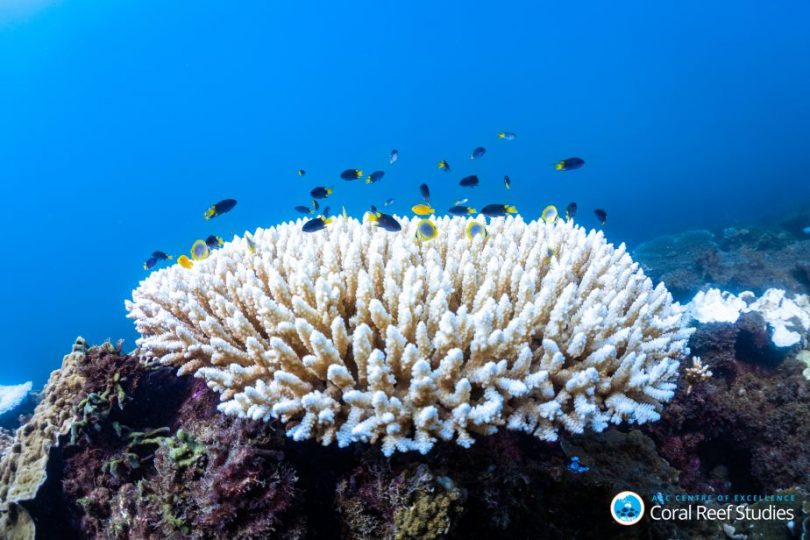 A world-first study tracked how wild fish populations responded to a severe marine heatwave, focussing on the 2016 event that killed a third of the Great Barrier Reef corals.

“Our study shows that reef fishes are directly affected by heatwaves, but their responses vary greatly between species,” said co-author Dr Jodie Rummer, Associate Professor from the ARC Centre of Excellence for Coral Reef Studies at James Cook University (Coral CoE at JCU).

Dr Rummer was part of an international team that tracked changes in the expression of thousands of different genes in five species of coral reef fishes collected at different time points before, during, and after the 2016 heatwave.

“Changes in gene expression can tell us how an animal responds physiologically to an environmental shock, such as a heatwave,” said one of the co-lead authors, Dr Celia Schunter from the University of Hong Kong.

Regulating gene expression is critical to an organism’s performance and survival.

It is analysed by tracking RNA, which is responsible for converting the genetic information in DNA into a format used to build proteins.

Essentially, RNA controls when proteins are made and in what amount, dictating how cells will function. This can give us clues of how an organism is responding.

The scientists identified species-specific responses to the heightened temperatures, with some fish struggling more than others.

“Spiny damselfish responded to the warmer conditions with changes in the expression of thousands of genes, suggesting it is particularly sensitive to heatwaves,” said co-lead author Dr Moisés Bernal, Assistant Professor at Auburn University. “Other species appear to be more tolerant, with fewer changes in gene expression.”

The results also suggest that fish populations are influenced by both the intensity of a heatwave and how long it lasts.

“We found the physiological mechanisms the fish used to cope with the warmer waters changed as the heatwave progressed,” she said.

The study provides a possible approach for predicting which fish species are most at risk under repeated heatwave conditions, said co-author Professor Timothy Ravasi, from the Marine Climate Change Unit at the Okinawa Institute of Science and Technology Graduate University (OIST).

“Our results are important because they show that when scientists do experiments, or target commercial species, they cannot generalise based on geography or from one or two species that have been studied in the laboratory,” he said.

“This has ramifications for policy makers and for the fishing industry, because not all species will be equally affected. We need to screen a large number of species to predict which will be sensitive and which will be more tolerant to warming waters and heatwaves.”

“Over time, the fish may adapt to rising temperatures, or even migrate to cooler waters,” Dr Rummer said.

“But these heatwaves are happening now, and it’s necessary to understand and consider the immediate consequences.”