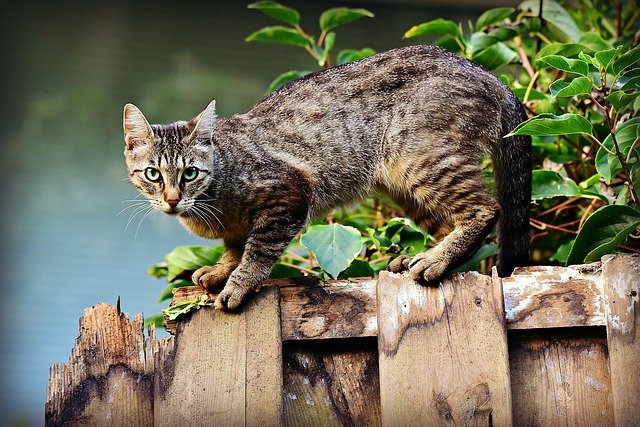 Birds alighting on driveways and baby bunnies munching on lawn grass should keep something in mind: beware the house cat.

A new study shows that hunting by house cats can have big effects on local animal populations because they kill more prey, in a given area, than similar-sized wild predators. This effect is mostly concentrated relatively close to a pet cat’s home, since most of their movement was a 100-metre radius of their homes, usually encompassing a few of their neighbourhood’s yards on either side.

Researchers from NC State University and the North Carolina Museum of Natural Sciences collaborated with scientists and citizen scientists from six countries to collect GPS cat-tracking data and prey-capture reports from 925 pet cats, with most coming from the US, UK, Australia and New Zealand.

“Since they are fed cat food, pets kill fewer prey per day than wild predators, but their home ranges were so small that this effect on local prey ends up getting really concentrated,” said Roland Kays, the paper’s lead author. “Add to this the unnaturally high density of pet cats in some areas, and the risk to bird and small mammal population gets even worse.

“We found that house cats have a two- to ten-times larger impact on wildlife than wild predators – a striking effect,” he said.

The researchers focused on the ecological impact of house cats – as opposed to feral cats – and enlisted hundreds of pet owners to track their cats to see where they went and report on the number of dead critters they brought home. Inexpensive GPS tracking devices measured distances traveled by these house cats, which spent their days both indoors and outdoors.

“We knew cats were killing lots of animals – some estimates show that cats in North America kill from 10 to 30 billion wildlife animals per year – but we didn’t know the area in which that was happening, or how this compared with what we see in nature,” Kays said.

The researchers calculated the amount of prey killed per year by house cats and divided the number by the area in which the cats hunted. Some adjustments were made to the prey count as cats don’t necessarily bring all their kills home.

The study also showed that cats do much of their damage to wildlife in disturbed habitats, like housing developments.

“Because the negative impact of cats is so local, we create a situation in which the positive aspects of wildlife, be they the songs of birds or the beneficial effects of lizards on pests, are least common where we would appreciate them most,” said study co-author Rob Dunn, William Neal Reynolds Distinguished Professor of Applied Ecology at NC State. “Humans find joy in biodiversity, but we have, by letting cats go outdoors, unwittingly engineered a world in which such joys are ever harder to experience.”