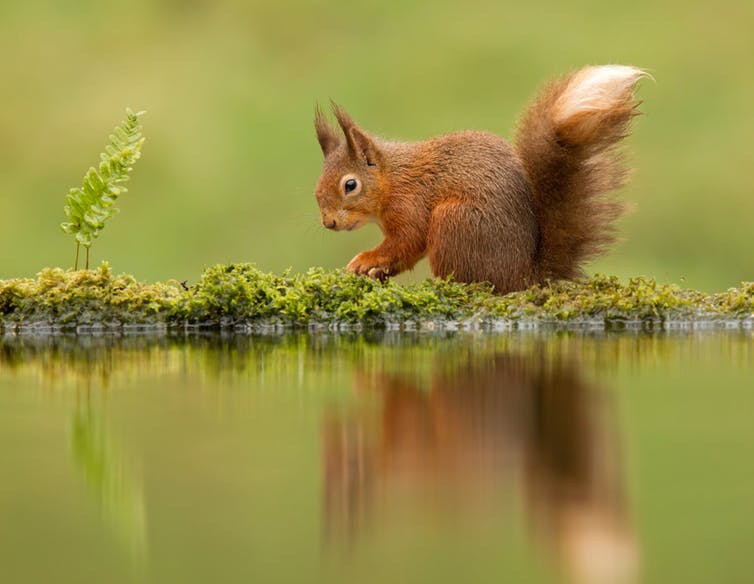 However, a scientific tool has given us new hope: genome sequencing. A genome is all the DNA in an organism and when it is “sequenced”, this gives us a complete list of everything that makes up the DNA in the chromosomes of either an individual or a whole species. A team of scientists involved in the Darwin Tree of Life project recently worked with Kathryn to sequence both red and grey squirrel genomes, using pieces of spleen collected from squirrels from Formby.

We hope that the genomes will help us to understand the genetic basis for the grey squirrels’ immunity to squirrelpox. More importantly, they may help to explain the resistance found in the small number of red squirrels that have survived previous outbreaks, much like with HIV in humans where a certain combination of genes means that the virus cannot replicate well in some people. The genomes may also assist with captive breeding programmes and reintroductions or translocations in their natural habitats, by helping to establish genetically healthy red squirrel populations.

By comparing the genome sequences against a catalogue of known viral proteins, we can identify whether there are any new “viral insertions”. This is when a virus inserts a copy of its own genome into the DNA of a host cell and becomes inherited, which will therefore change the genome of the host, and this is what we are looking to find.

We can then analyse samples collected from individual squirrels, to see whether these viruses are present or not in their genomes. This can also be explored and compared across red squirrel populations and even between different squirrel species. Depending on where the viruses are found in the genome and whether they are active – in other words, causing the host cell to make new viruses – this may impact the red squirrels’ immunity and so their susceptibility to diseases.

These, or similar, methods have already been used successfully in other species, for example in horses, canines and koalas. They also have the potential to be used in future projects for other endangered species, as new genomes are sequenced.

The newly published genome sequences open up numerous exciting research opportunities, including studying population diversity, responses to diseases, and evolutionary changes due to environmental stresses. The findings can hopefully help conservationists to protect the endangered red squirrel and ensure their long-term survival in the UK.