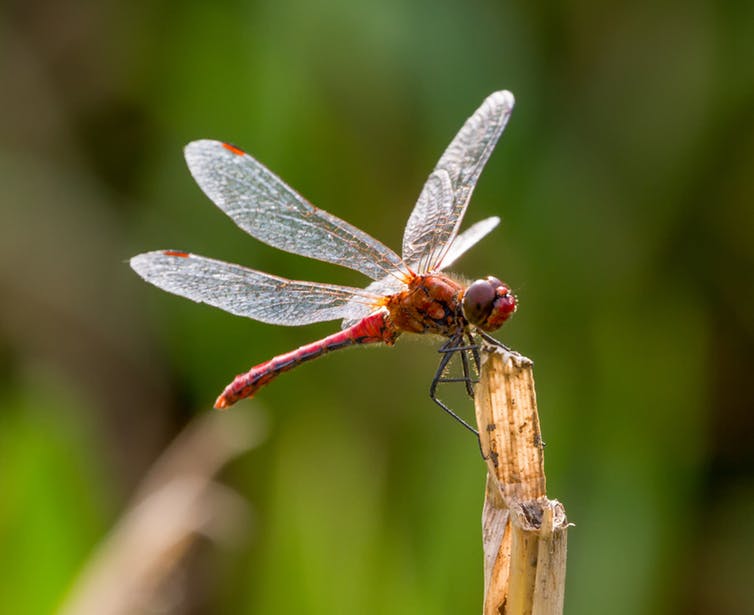 In 2019, there were 44 million fewer breeding birds in the UK than there were in the 1970s. There are thought to be fewer than one million hedgehogs, compared to 35 million in the 1950s. Two-thirds of British butterflies have also been on a downward trend since the 1970s, adding to a grim picture for biodiversity in the UK.

“Biodiversity” simply means the variety of life on earth. Simply put, rich and diverse ecosystems are essential to the way we live. Take the way our food is grown. Agriculture depends on hundreds of different species to pollinate crops and help with pest control. A diverse range of animals, fungi and microbes decompose organic matter and enrich the soil with different micronutrients, making the food we grow more nutritious. A variety of plants also store carbon in their tissue at different rates and quantities, which is invaluable for slowing climate change.

That’s why huge declines in biodiversity are so worrying, particularly among insects. They may not be dear to many of us, but they make up a large proportion of all living creatures.

We’re fortunate in the UK to have very good data on the abundance of some species, particularly birds, butterflies and some mammals. This gives researchers a good understanding of trends over time. But what about everything else? There are many more groups of organisms out there that lack such information. To understand how these less well studied species are faring, we decided to use a different measure – distribution, or where a species can be found.

In our latest study, my colleagues and I investigated how the distribution of over 5,000 of these UK species has changed over the last few decades, to try and get a broader look at how biodiversity is faring in the UK.

Our estimates of species distribution came from observations of species collected by volunteers. These estimates cover more than 5,000 UK species of invertebrates, mosses and lichens and extend back to 1970.

We found that the situation with these groups is more complicated than the average trends of well studied species. Essentially, not everything is declining.

We did find a number of groups, including spiders and freshwater molluscs, whose distributions have declined, which means they’re absent from places they could be found 50 years ago. But overall, the average distribution across the 5,000 species increased by about 11%, with some species expanding into new areas.

When we split these species into groups, we found some very interesting differences. Of the four groups that we assessed, only the invertebrates showed an average decline in distribution. This group included spiders, centipedes, millipedes, slugs and snails, and their average distribution has declined by almost 7%, which means they’re found in fewer places than they were in 1970.

The insect group, which contained over 3,000 species and included ants, ground beetles, soldierflies and fungus gnats, increased its average distribution by almost 6%, although there were considerable variations between species.

Perhaps the most intriguing findings were from freshwater species. This group initially declined between 1970 and the mid-1990s, but their distribution has bounced back to near 1970 levels in recent years. The freshwater insects include dragonflies, mayflies, stoneflies and caddisflies – groups of species that spend most of their lives in freshwater streams and rivers as larvae. All followed the same U-shaped pattern of decline and recovery.

This reversal seems to coincide with the implementation of the EU Urban Wastewater Treatment Directive, so it’s possible that freshwater insects have benefited from efforts to clean up the UK’s rivers.

There was also an increase over time in the group containing mosses and lichens. Both are sensitive to air quality, so their partial recovery might be due to reductions in air pollution. These positive findings are very exciting, as they suggest that a downward trend can be reversed if the causes of the decline can be addressed.

It’s important to remember that these are changes in distribution and not the number of individuals in a species. It’s possible that the numbers of the species in the groups studied here have fallen over the same period, but we can’t measure this with the kind of data we used. Spotting the patterns and common responses behind changes in distribution can suggest what the drivers might be.

This research wouldn’t have been possible without all the volunteers that collect the biological records that underpin this study. The UK has a long history of biological recording and an interest in natural history that stretches back at least as far at the 19th century. It’s one of a few countries that has national recording schemes that include thousands of people with an interest in observing and collecting data on wildlife.

There are over 80 such schemes in the UK, collecting data on everything from insects, birds and mammals to plants and fungi. Without all of this information, we would know almost nothing about the state of the UK’s wildlife. While we may worry about the picture we have, we can take comfort in the fact that there are so many who care enough to give up their time to painstakingly record it.