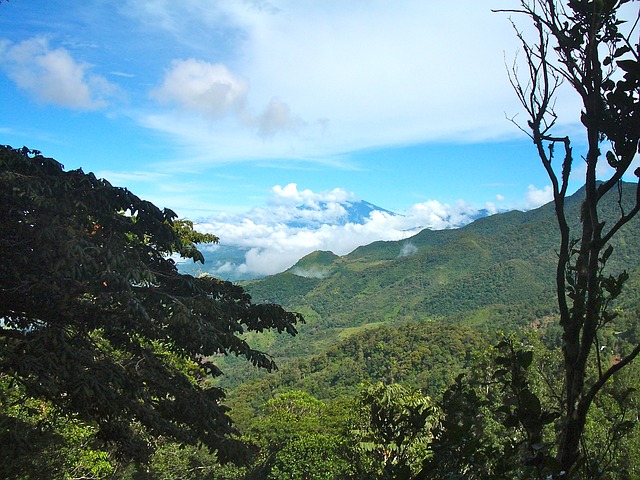 Tropical forests are allies in the fight against climate change. Growing trees absorb carbon emissions and store them as woody biomass. As a result, reforestation of land once cleared for logging, mining, and agriculture is seen as a powerful tool for locking up large amounts of carbon emissions throughout the South American tropics.

But new research published in Nature Communications shows that the ability of tropical forests to lock up carbon depends upon a group of trees that possess a unique talent: the ability to fix nitrogen from the atmosphere.

The study modelled how the mix of tree species growing in a tropical forest following a disturbance, such as clearcutting, can affect the forest’s ability to sequester carbon. The team found that the presence of trees that fix nitrogen could double the amount of carbon a forest stores in its first 30 years of regrowth. At maturity, forests with nitrogen fixation took up 10% more carbon than forests without.

Sarah Batterman, a Research Fellow at Cary Institute of Ecosystem Studies and coauthor on the paper, explains, “We want to use this work to guide tropical reforestation to optimise carbon uptake and resiliency. This requires understanding what mix of trees is needed to maximise long-term carbon storage while withstanding future climatic conditions. Our findings suggest that nitrogen-fixing trees are a key ingredient in the reforestation recipe.”

Nitrogen-fixing plants partner with soil microbes to turn atmospheric nitrogen gas into a form of nitrogen that is available to fuel plant growth. Through these interactions, nitrogen fixers are able to self-fertilise. This adaptation gives them an edge in recently cleared, early succession tropical soils that are nitrogen-poor. Fixers also help fertilise nearby plants when they shed their leaves and return nitrogen to the soil.

In the tropics, nitrogen-fixing trees are common, but they can be relatively rare in newly recovering forests. Their large, nutrient-packed seeds are often dispersed by wildlife. Having animal dispersed seeds is a disadvantage in the early stages of forest regrowth, when animals that once lived in the forest have not yet returned. Planting fixers as part of reforestation efforts could boost forest development and carbon accumulation.

Batterman says, “To understand the function of nitrogen-fixing trees in a tropical forest, we need to isolate their effects. We can’t do that in a real forest because adding or removing trees would alter other aspects of the ecosystem, such as light availability, which would skew findings. It would also take decades to centuries to measure. Instead, we developed a model to quantify ecosystem processes, like nitrogen cycling, that affect forest growth and carbon sequestration.”

Using data collected at 112 tropical forest plots in Panama – a record which includes data on over 13,000 individual trees ranging in age from five to 300 years post-disturbance – the research team developed a model that represents interactions among soil, plants, and nutrients at the scale of individual trees. The model accounts for competition between plants for light and nutrients, nutrient cycling between plants and the soil, and tree-level nitrogen fixation.

Trees were classified into four groups that are unique to different stages of forest regrowth, including early-, mid-, and late-successional species, plus nitrogen fixers. By changing the ability of trees to fix nitrogen in their model, the team was able to predict how fast carbon accumulated in a forest and how much carbon it was able to store.

Batterman explains: “Forests with nitrogen-fixing trees grow more rapidly in early succession and have a higher carbon storage potential than forests without nitrogen fixers. They also recover faster when confronted with disturbances.”

To quantify nitrogen cycling in tropical forests, many existing models use ecosystem-wide parameters such as evapotranspiration and net primary production to estimate nitrogen fixation fluxes. These models tend to overestimate the amount of nitrogen in the system.

Lead author Jennifer Levy-Varon, who worked on the study while a Postdoctoral Research Associate at Princeton University, says, “Our model is unique because instead of looking at ecosystem-wide processes and using those to estimate nitrogen fluxes, we’re honing in on individual trees. This gives us a more accurate understanding of nitrogen-fixers’ contributions to the forest nitrogen budget and associated carbon sequestration.”

To put the importance of nitrogen-fixing trees in context, the team used their model to predict how much additional carbon could be stored in reforested areas in tropical countries based on acreage pledged under the Bonn Challenge.

“The Bonn Challenge is an international effort to reforest 350 million hectares of land by 2030. We found that by including nitrogen-fixing trees in these efforts, tropical countries could sequester an additional 6.7Gt of carbon dioxide over the next 20 years. To give that number some context, 6.4Gt was the total amount of CO2 equivalents emitted in the US in 2017. It’s comparable to driving 15.6 trillion miles, which is about 5 years of US vehicle emissions.” says Batterman.

Coauthor Lars Hedin, Professor of Ecology and Evolutionary Biology at Princeton University, concludes, “This model gets us closer to understanding the importance of tropical forests in the global carbon cycle, and their role in removing the greenhouse gas carbon dioxide from the atmosphere.”

This work is a contribution of the Agua Salud Project, a collaboration between the Smithsonian Tropical Research Institute (STRI), the Panama Canal Authority (ACP), and the Ministry of the Environment of Panama (MiAmbiente).

Cary Institute of Ecosystem Studies is an independent nonprofit centre for environmental research. Since 1983, our scientists have been investigating the complex interactions that govern the natural world and the impacts of climate change on these systems. Our findings lead to more effective management and policy actions and increased environmental literacy. Staff are global experts in the ecology of: cities, disease, forests, and freshwater.