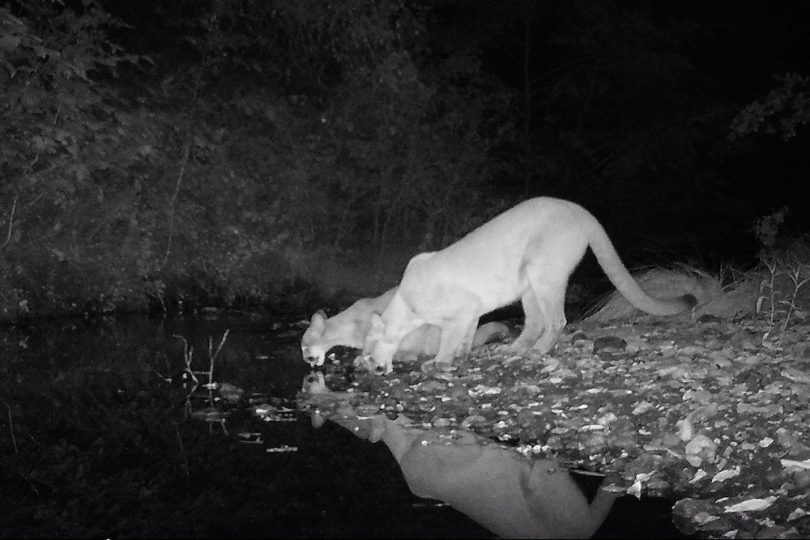 Genetic material left behind by animals can provide critical clues to aid conservation and research. New research shows studying DNA in soil samples can be more effective, efficient and affordable than traditional tracking methods, such as camera traps, for assessing biodiversity.

It’s hard to protect something you can’t find. A new Stanford study reveals sampling soil for animals’ left-behind DNA can provide valuable information for conservation efforts – with significantly less cost and time – than currently used methods, such as camera traps.

The process, outlined Jan. 14 in Proceedings of the Royal Society B, also proved effective at distinguishing genetic differences between animals that otherwise look identical, an arduous task with traditional tracking approaches, and may have even revealed previously unknown species diversity, according to the researchers. Although the technique still needs refinement, the authors are optimistic it could one day revolutionise the study of species in the wild.

“We need a quantum leap in the way we identify and track animals,” said study lead author Kevin Leempoel, a postdoctoral research fellow in biology at Stanford. “This may be it.”

A hopeful solution
The spectre of extinction hangs over more than a quarter of all animal species, according to the best estimate of the International Union for Conservation of Nature, which maintains a list of threatened and extinct species. Conservationists have documented extreme declines in animal populations in every region of Earth.

One of the most promising tools for monitoring biodiversity – key to large-scale conservation efforts – is the study of environmental DNA, or eDNA, in discarded animal materials, such as hair, faeces, skin and saliva. After extracting DNA, scientists sequence and compare it to online DNA sequence databases to identify the species. It’s a relatively fast, low-maintenance process compared to traditional approaches, such as live-trapping, animal tracking and camera trapping, for studying species diversity, distribution and abundance. The researchers spent about $4,500 for all the study’s supplies, other than lab equipment. A similar study with camera traps could cost more than twice as much.

Despite the obvious advantages, questions about the efficacy of eDNA analyses have remained. That’s in part because most research so far has been done only in ocean and freshwater environments. Among the few studies done on land, most have been in enclosed areas, such as zoos, or limited to a small number of species.

Seeing the unseen
Working at Stanford’s 1,193-acre Jasper Ridge Biological Preserve, Leempoel and his colleagues studied eDNA in soil. Not only did they identify almost every animal that nearby camera traps had spotted in the previous four years, they also found genetic evidence of a number of small mammals, including bats and voles, rarely if ever seen by the cameras. These creatures had likely escaped the cameras’ gaze because they are too small to trigger them. Overall, there was an 80 percent chance of finding an animal’s eDNA in an area within 30 days of the animal’s presence there.

Another advantage of eDNA is the possibility of distinguishing species that look similar. For example, the researchers found the DNA of the Norway rat in soil samples, confirming the presence of this species in the area for the first time. Previous camera surveys could not tell the difference between Norway and black rats.

Compared with camera records and other observations, eDNA identifications appeared to be closely correlated with how frequently and recently animals had been in the area. The analysis turned up no hint of badgers – unrecorded on cameras for the previous four years – domestic cats or weasels – caught on camera only a few times in the previous two years.

“By corroborating photographs of animals with their genetic remains in the environment, this study reveals both hidden biodiversity in a terrestrial ecosystem and how well these eDNA techniques will work in other places,” said study senior author Elizabeth Hadly, the Paul S. and Billie Achilles Professor in Environmental Biology in Stanford’s School of Humanities and Sciences.

Toward a new paradigm
Despite these positive results, questions remain about the potential of eDNA analysis. Scientists do not know how frequently an animal must pass by a given area to be detectable in an eDNA sample, or how recent that passage must be. If an animal’s size affects the amount of DNA it leaves behind, as the researchers speculate, some animals would only rarely be sampled while others would be overrepresented. No one knows the precise volume and number of samples that should be collected for maximum accuracy, which environmental source – soil or something else – is the most versatile, or whether all species are even detectable via eDNA analysis.

The study results appeared to overrepresent some species, such as mountain lions and bobcats, possibly due to the felines’ habit of frequently marking their territory with urine and faeces, and because they frequently use trails such as those where the researchers took soil samples. In general, it’s impossible to know whether pieces of skin, fur or dried scat were transported by wind or by other species that had consumed the animal as prey.

Perhaps most importantly, incomplete DNA databases and limitations of the study’s design made it difficult to detect all species present in the area, and caused at least two inconsistent results among the genetic sequencing approaches the researchers used. Analysing eDNA remains relatively time-consuming because proven protocols have yet to be established. Still, the researchers are optimistic about the approach’s promise.

“Its overall accuracy, combined with decreasing costs of genetic sequencing and new portable sequencers, makes eDNA a likely candidate to become the standard for biodiversity surveys in the next decade,” Leempoel said.

To read all stories about Stanford science, subscribe to the biweekly Stanford Science Digest.

The research was funded by the Swiss National Science Foundation, the Stanford University Mellon Grant and the Howard Hughes Medical Institute.