Home » Where are all the turtle doves and partridges? 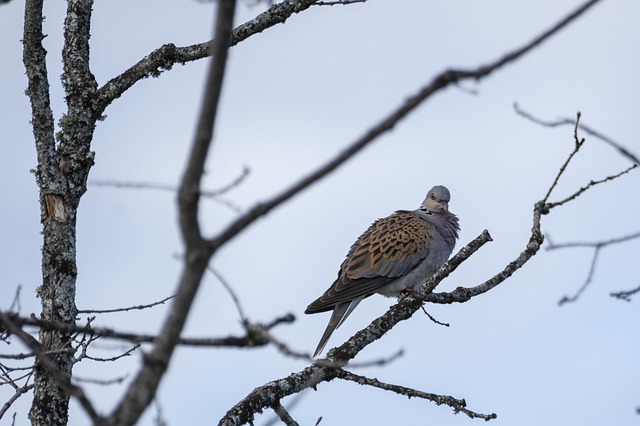 The latest BirdTrends report from the British Trust for Ornithology (BTO) shows a very mixed bag for our birds, with some showing marked increases and others in steep decline. The report summarises the efforts of many thousands of volunteers who participate in BTO’s Breeding Bird Survey (BBS), Ringing and Nest Record Schemes.

The longest-term information shows that 31 species have declined significantly by more than 50% over the past 20-50 years. At least half of these are farmland birds, but the list also includes specialists of upland, woodland and urban habitats. Only Bullfinch, Linnet and Tree Sparrow have shown any signs that their downward trend may be reversing over the last decade, although numbers remain far below those previously recorded.

Two species particularly associated with the well-known Christmas song are far less common than they used to be. The Turtle Dove’s demise is now almost total, showing a 98% decline over the same period. This is the largest decline of any UK species and suggests that this once familiar bird will soon disappear from the British countryside.  In the 1970s there were 10 Grey Partridges for each one recorded today.

Over the same period, 27 species show a significant doubling in numbers. This includes common garden birds like Wren and Great Spotted Woodpecker and generalists such as Carrion Crow and Magpie, as well as several widespread species of waterfowl and pigeons.

Birds such as the Red Kite have benefitted from direct conservation action; the Red Kite population increased by 1,624% between 1995-2017. The Nuthatch is another that is seeing not only population growth but is also enjoying a northward range expansion too. Formerly a rare bird in Scotland, the Nuthatch is now a common sight in many areas. Across the UK its population has grown by 268% in the last 50 years. Recent research by BTO indicates that Nuthatches are increasingly using garden feeders, which is likely to be contributing to their success. This shows the benefits of putting food out, at least for some species.

The report also includes data to help us understand why the number of our birds change. For example, many Robins did not survive the ‘Beast from the East’ in the spring of 2018 and numbers recorded in the summer were much lower. Climate warming, on the other hand, means many bird species are laying their eggs up to two weeks earlier and and in many cases are also breeding more successfully, based on information from our nest record and other demographic schemes. For prolific breeders, like the Wren, this helps populations recover from extreme weather events.

Dr Rob Robinson, co-author of the report, said, “Our wildlife populations are continually changing as a result of our choices about how to manage land. The dedication of BTO volunteers allows us understand those changes and help highlight where action needs to be taken.”

The BTO BirdTrends report is a one-stop shop for information about the population status for these and about 120 other common breeding birds of the wider UK countryside. To read the full report, please visit www.bto.org/birdtrends.