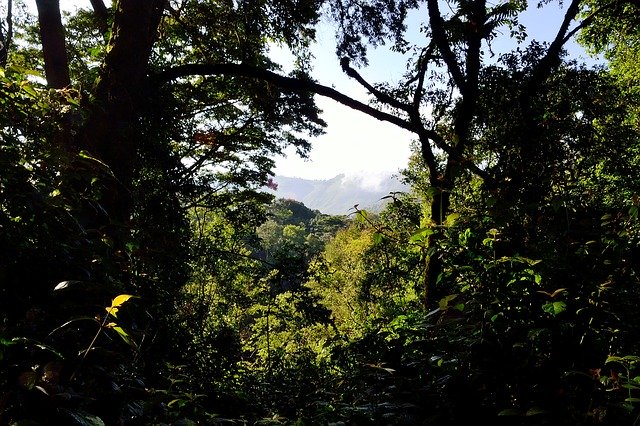 Right now, there are trillions of bacteria living in your gut, making up about one percent of your body weight. They’re supposed to be there—we need them to help us digest food and fight off diseases. The same is true for most mammals; in general, just about every mammal from dogs to dolphins relies on a community of helpful bacteria, called a microbiome, living inside them for health and survival. Many animals have even evolved along with their gut bacteria to better work together, to the point that closely related host species typically share more similar microbiomes. But a new study has identified one group of mammals that seems to buck that trend: bats. A new paper in mSystems reveals that the microbiomes of closely-related bats can be totally different from each other, which suggests that having a community of helpful gut bacteria may not be so important for this already eccentric group of mammals.

“It shifts the paradigm we’ve been operating under, that animals require microbes for digestion and nutrient acquisition. That’s true for us, but it may not be true for all species,” says lead author Holly Lutz, a research associate at Chicago’s Field Museum and post-doctoral researcher at the University of California, San Diego. “The trends we’re seeing suggest that bats may not depend on bacteria the same way many other mammals do, and that they can survive just fine without a strict suite of bacteria in their guts to help them digest their food.”

To learn about the relationships between bats and their microbes, Lutz and her colleagues took samples of bacteria from the skin, tongues, and guts of 497 bats from 31 different species in Kenya and Uganda. The team then compared the genetic codes present in the bacteria.

The researchers discovered that bats have fewer bacterial species living in their guts than in their mouths and on their skin. What’s more, the kinds of bacteria living in the bats’ guts varied from species to species without following any apparent evolutionary pattern. This struck the scientists as strange, since for most other mammals that have been studied, closely-related hosts share more similar microbiomes, a pattern called “phylosymbiosis.” Bats seem to play by a different set of rules.

“There’s essentially no relationship between the bat microbiome and bat evolutionary history,” says Lutz. “You’d expect to see similar microbiomes in closely-related bat species if these animals depended strongly on their bacteria for survival. This is largely what we’ve seen in other mammals that have been studied, but it’s just not there in bats.” While host identity–what species a bat is– is still an important factor in predicting the microbiome, this may simply be tied to where those bats live and what they eat. In other words, the bat microbiome may be the result of bacteria that the bats pick up from their environment rather than from an evolutionary predisposition to hosting specific bacteria. “The same species of bat in five locations might host five very different microbial communities,” says Lutz. The fact that bats’ gut bacteria are more closely tied to where bats live than where those bats fall on the bat family tree indicates that evolving a special relationship with just-right gut bacteria may not have been as important for bats as it has been for other mammals.

Lutz suspects that bats’ unique relationships with gut bacteria are related to another trait that sets them apart from their fellow mammals: their ability to fly.

“Bats have extremely shortened guts,” she explains. Food takes just fifteen to thirty minutes to pass through a bat’s digestive system, a third as long as it would take for a similarly-sized rodent. That’s likely because a long, winding digestive tract would weigh the bats down. “For bats, you can’t be carrying around non-essentials. You need to reduce weight for flying—you don’t want a heavy gut.” Since bats evolved short digestive tracts, presumably to make them lighter for flight, they may not have evolved the same intimate relationships with their gut bacteria that us land-dwelling mammals have.

The discovery that bats’ microbiomes are closely linked to the world around them means that changes to that world could put the bats in danger. In addition to helping digest food, stable gut bacteria help maintain healthy immune systems to fight off disease, and scientists are still learning about the relationship between microbes and skin, gut, and oral health in wildlife. “Bats may be very susceptible to environmental change—if they have a transient microbiome, they might not have the most stable defence mechanisms,” says Lutz. “Human-caused disturbances to the environment are a very important issue. Bats may be extra-fragile and more at risk.”