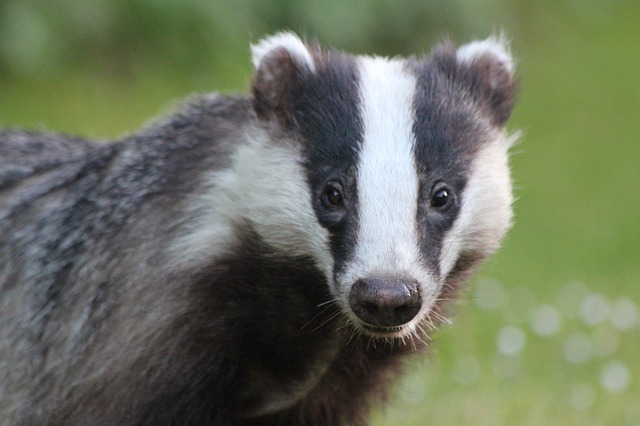 Wildlife and Countryside Link and Wales Environment Link, reveal today in their third Annual Wildlife Crime Report, that reports of alleged wildlife crime incidents to NGOs rose again in 2018, with an increase of more than 17% since our first report in 2016.

There were a total of 1,324 reports of wildlife crime incidents against bats, badgers, birds of prey, amphibians and reptiles, marine mammals, recorded by these NGOs in 2018, compared to 1287 in 2017 and 1130 in 2016. Despite the increase in reporting of wildlife crimes, the number of convictions remains very low, with just 11 individuals and businesses convicted of these types of crimes last year (see table below for further information).

Crimes against badgers, birds of prey and bats remain among the most common wildlife crimes reported. Also noteworthy is that the number of reports of marine mammal disturbances have more than doubled this year. This increase may be in part be explained by a public awareness increase and associated rise in reports of crimes.

Pete Charleston, Chair of Link’s Wildlife Crime Working Group and Conservation Wildlife Crime Officer for the Bat Conservation Trust, said: ‘The abuse and persecution of wildlife will remain invisible, and go unpunished, unless crimes against wildlife are effectively recorded and assessed. Wildlife crime police officers are hugely dedicated, but they need funding certainty and resources to catch these criminals, and tougher sentences available to ensure criminals face a punishment fit for their crime.’

Paul De Ornellas, Chief Wildlife Adviser at WWF, said: ‘The UK is rightly proud of the role it plays supporting global efforts to address Illegal Wildlife Trade but it’s vital that we also ‘walk-the walk’ here at home. The 2018 Wildlife Crime report shows IWT cases prosecuted in the UK including online trade in endangered species and businesses selling timber illegally harvested in the rainforests of Africa. However, these successes mask a decline in prosecutions compared with previous years – the government urgently needs to commit to long term support for the national wildlife crime unit and show the same level of commitment to address IWT in the UK as we do overseas.’

Mark Thomas, Head of Investigations for RSPB, said: ‘Raptor persecution is removing spectacular birds from our skies, affecting ecosystems and robbing us of the joy and wonder the sight of a wild bird of prey can inspire. These crimes need to be made much more visible and more effectively targeted, through better recording, assessment, permanent resourcing and tougher punishments for criminals. With the shooting, trapping and poisoning of birds of prey often linked with grouse shooting we also need to see the licensing of grouse moors and a review of driven grouse shooting.’

Sarah Dolman, Policy Manager at Whale and Dolphin Conservation, added: ‘Dolphins, porpoises, whales and seals are all protected and yet potential marine wildlife crimes, including disturbance, are rarely reported and acted upon. Educating the public about what marine wildlife crime is and how to report it, and increasing support for police training to record and deal with such crimes appropriately, are essential steps in understanding the true extent of and tackling these crimes.

Andy Swinburne, Animal Crime Manager at NatureWatch Foundation, said: ‘Badgers and other vulnerable wildlife are still facing persecution on a daily basis, despite being a UK Wildlife Crime Priority. Badgers face horrific deaths through badger baiting, shooting, snaring, trapping, poisoning, and hunting and lamping badgers with dogs. The extent of the problem underlines the need for the Government to record wildlife crime centrally and allow our police to identify crime patterns and allocate resources effectively, if we are to effectively combat crimes against our much-loved wildlife.’

Dr Tony Gent, CEO of the Amphibian and Reptile Conservation Trust: ‘This report highlights the need for better enforcement of the laws protecting amphibians and reptiles. Sadly we continue to see illegal acts resulting in the loss of amphibian and reptile habitats, which adds to the pressures they face. We urgently need a range of improvements, including more support for wildlife crime officers and better guidance for courts.’

*Please note, these figures are likely to be a substantial underestimate of wildlife crime levels, due to the absence of government and police data, the fact that figures on many types of offences (such as poaching and illegal hunting), are not collected by these NGOs, and that some crimes are less visible and therefore more likely to go unreported.
** There is not enough data for an exact figure, but most cases involving birds of prey are referred to the police.

The Government is making great play of its work reducing international wildlife crime and it is right that the UK champions stronger international laws, but our international credibility depends on domestic compliance. To tackle wildlife crime more effectively, the NGOs are calling for the Governments in England and Wales to ensure greater assessment of wildlife crimes, better targeting of resources, and more successful identification, prosecution and sentencing of criminals, through: