Home » Creating a climate for change 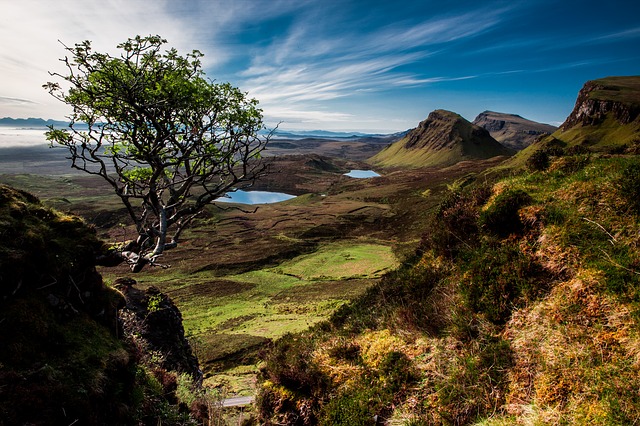 We’ve lost our way. We need to prioritise ecological growth over economic growth. Continuous economic growth equals biosphere collapse, and we depend on this natural system for everything. Our greed, our detachment from nature, our desire for more material things and our propensity to live in a myopic bubble have concocted an illusion: that what we’re doing to the planet is ok, that no matter how much we extract, degrade and modify to suit our short-term needs, our planet will find a way to repair itself and maintain an equilibrium.

Once, that may have been the case. But the world’s population has more than doubled since 1970, having recently surged past the 7.7 billion mark. 7.7 billion mouths to feed and counting, and a figure that increases with every minute that passes. No, these unprecedented pressures mean the time for burying our heads in the sand is over – it’s time to act.

What began as an imperceptible decline has accelerated into an environmental meltdown the likes of which human history has never witnessed before. And that’s not an alarmist’s opinion. It’s the alarming conclusion of a recent exhaustive United Nations report on the health of the Earth’s biodiversity and ecosystems. Hundreds of scientists from around the world – experts in their field – took the temperature of our planet from their own unique vantage points, compared notes, and arrived at a consensus. If it were a person, it would be in intensive care with a fever spiking somewhere north of 107.

Around one million plant and animal species are now threatened with extinction, at least 680 vertebrate species have become extinct since the 16th century, 75% of the world’s land has been significantly altered by human activity – 66% of our seas have been unable to escape our presence. A third of our land is now taken up with crop and livestock production. Degradation of the land has resulted in a 23% drop in its productivity. In 2015, 33% of marine fish stocks were being harvested unsustainably.  We’ve lost at least 85% of our wetlands since 1700.  And perhaps most ominously of all, the area of urbanised land worldwide has doubled in size since 1992. I could go on, and on and on. Our planet is reeling and it needs a break.

The good news is, it’s not too late. It is reversible. We have the power to fix this. It’s just a matter of altering our mindset and allowing a shift in values. Our ecosystems have provided us with wealth, now let them provide us with wellbeing. As a species, we’re not good at planning for the long-term. We’re altruistic to a point, then we get distracted; it’s our default setting. We pander to short-term gain and who cares about tomorrow if we’re not going to be around to see it? But countless others will be inheriting our lack of foresight – we need to invest in a future we can’t imagine yet. We need to become visionary and visionaries.

Wellbeing doesn’t pay the bills, but it does improve the quality of our life in ways that money can’t, and facilitates the bill-paying. And the wonderful thing about the natural world is that it contains an infinite number of ways in which greater wellbeing can be achieved. Whether it’s the revitalising power of a walk through lush forest thanks to immune system-boosting phytoncides, becoming absorbed with the antics of a pine marten family from a hide, being mesmerised by the vibrancy of a coral reef, or simply spotting a new bird in your garden – they can all enrich our lives. And happy people are, after all, productive people. So perhaps we should think of wellbeing as driving the economy, instead of the economy dictating our wellbeing.

Putting our ecology before economics also makes good sense right now, as we’re gradually wakening up to the fact that the natural world holds many of the solutions to our climate and biodiversity crisis. We have all the ingredients and tools we need to turn this around, but will we realise in time? The solutions do not have to be hi-tech, high cost and high maintenance. The remedies are native tree planting, mangrove regeneration, seagrass and saltmarsh expansion, peatland restoration, bringing back our wetlands and re-establishing natural seabeds.

And our wildlife can play a crucial role in the natural regeneration of our forests through seed dispersal. They can become maintainers of their habitats once again as nature intended and help us in the process – if we let them. Creating the right conditions for our oceans to regenerate so that whales can flourish once again – free from hunting –  in far greater numbers can, incredibly, help to stabilise our climate. For they release enormous faecal plumes, rich in nitrogen and iron, which fertilise plant plankton that go on to absorb huge amounts of carbon dioxide from our atmosphere. This is an example of a trophic cascade – profound ecological interactions we’re just beginning to comprehend that demonstrate how interconnected all life is. Remove one important piece and things can unravel rather quickly – it’s all there for a very good reason.

Healthy, whole ecosystems are sustainable. Unlimited economic growth is not. For developed, wealthy countries, important questions remain unanswered: when should we stop developing? When do we have enough? When should we remove the word ‘growth’ from our economic vocabulary and simply manage what we have, living comfortably without overstretching? All the vital signs from our biosphere suggest that time is most definitely now.

We can find a sustainable solution to palm oil. We can become less dependent on meat and more dependent on vegetables. We can embrace rewilding and its myriad possibilities that would enable us to live closer to nature and benefit more from it. We don’t need that second or third car, that daily bottle of spring water, a new oak table, or that email printed out. That light does not need to stay on all night. Open the window instead of switching on the air-con. Recycle more. We can take more measures to ensure our planet acts as a carbon sink instead of a carbon emitter. We can farm more in tune with the land and replace soil erosion and land degradation with regeneration, agroforestry and permaculture.

As I write this, a special report by the UN’s Intergovernmental Panel on Climate Change [IPCC] has just been released, which underscores the magnitude of the situation we face. It calls for a shift to plant-based diets and paints a vivid picture of just how intertwined land use, land degradation and human-induced climate change is. Our obsession with economic growth is degrading the land to such a degree that it will soon threaten our planet’s ability to feed itself. Land degradation contributes to climate breakdown, and climate breakdown causes further land degradation. It’s a vicious cycle that we must break free from. Soil, for example, is being lost one hundred times faster than it is being formed – this is our world’s second largest store of carbon after the oceans.

We are fast approaching a tipping point – we may have already gone beyond it. If ever there was a time to make more space for nature and take our foot off the economic accelerator, it is now. It may be inconvenient, but it’s the right thing to do.

About the Author: Gordon Eaglesham is a freelance nature journalist and Content Editor for SCOTLAND: The Big Picture; an organisation dedicated to rewilding advocacy and communications.