Home » Over half of Europe’s endemic trees face extinction 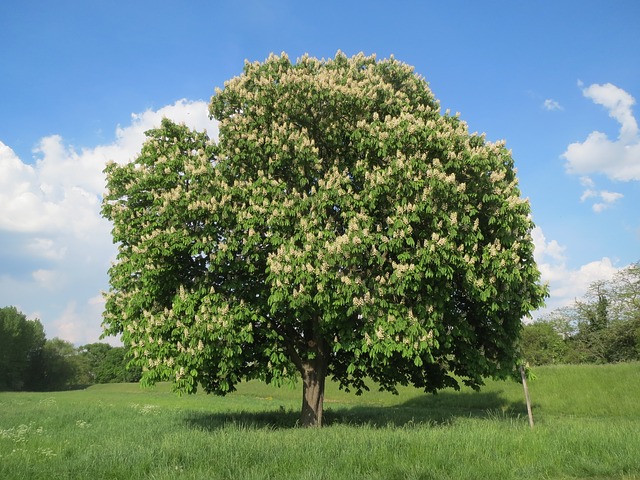 Over half (58%) of Europe’s endemic trees are threatened with extinction, according to assessments of the state of the continent’s biodiversity published 27 September 2019 by the International Union for Conservation of Nature (IUCN). The introduction of invasive species, unsustainable logging and urban development are key threats causing the decline of tree species such as the horse-chestnut across Europe.

The newly published European Red List of Trees evaluated the conservation status of all 454 tree species native to the continent, and found that two fifths (42%) are regionally threatened with extinction. Among Europe’s endemic trees – those that don’t exist anywhere else on earth – 58% were found to be threatened, and 15% (66 species) assessed as Critically Endangered, or one step away from going extinct. Invasive and problematic native species are the largest threat to European trees. These include pests and diseases but also invasive plants introduced by humans which compete with native tree saplings.

“It is alarming that over half of Europe’s endemic tree species are now threatened with extinction. Trees are essential for life on earth, and European trees in all their diversity are a source of food and shelter for countless animal species such as birds and squirrels, and play a key economic role. From the EU to regional assemblies and the conservation community, we all need to work together to ensure their survival,” said Craig Hilton-Taylor, Head of the IUCN Red List Unit. “Perhaps most importantly, measures for conserving these threatened species, and many other overlooked species highlighted in today’s European Red List assessments, need to be integrated into regular conservation planning and land management.”

The iconic horse-chestnut (Aesculus hippocastanum) has been assessed as Vulnerable following declines caused by the leaf-miner moth (Cameraria ohridella). The leaf-miner moth, an invasive species which originated in isolated, mountainous regions of the Balkans, has since invaded the rest of Europe. It damages horse-chestnut tree leaves, adding to pressures from logging, forest fires and tourism.

The tree assessments are part of a larger drive to assess overlooked species for the European Red List, improving our knowledge of the state of the continent’s biodiversity, with the regional extinction risk of over 15,000 species native to Europe now evaluated.

A large number of overlooked species threatened by human activities were also assessed for the European Red List, with more than a fifth of terrestrial mollusc species and bryophytes and almost half of all shrub species threatened with extinction. The primary threats to these species are the loss and destruction of Europe’s wild areas, as well as agriculture, the introduction of alien invasive species and climate change. While these species are rarely prioritised in conservation planning and policy making, they help provide crucially important ecosystem services, such as the food we eat and the air we breathe.

“The impact of human-led activities is resulting in population declines and a heightened risk of extinction of important species across Europe,” said Luc Bas, Director of IUCN’s European Regional Office. “This report has shown how dire the situation is for many overlooked, undervalued species that form the backbone of Europe’s ecosystems and contribute to a healthy planet. We need to mitigate human impact on our ecosystems and prioritise the protection of these species.”

Terrestrial molluscs play a key role in soil regeneration and the recycling of nutrients in natural ecosystems, making them excellent indicators of soil health. In addition, they are an important food source for birds, mammals, invertebrates and in some cases, humans in countries such as France and Italy. The IUCN report on the extinction risk of terrestrial molluscs (2,469 species) across Europe shows that over a fifth of these species (22%) are threatened by extinction.

“The high extinction threats revealed by the European Red List are very alarming, given that 92% of the mollusc species native to Europe are endemic to the continent. Thus, once these species are lost from Europe, they are gone forever,” says Eike Neubert, Red List Authority, IUCN SSC Mollusc Specialist Group. “In order to restore terrestrial mollusc numbers in Europe, essential changes will be needed in policies relating to land use, along with careful control of urbanisation and sustainable management of semi-natural areas.”

The European Red List identifies those species that are threatened with extinction at the European level, so that appropriate conservation action can be taken to improve their status. While European Red Lists for more charismatic species, including all vertebrate species (mammals, amphibians, reptiles, birds and fishes), had already been established, the status of many lesser-known species had never been assessed in Europe until now.