Home » How diving seals plan ahead to save oxygen – new research 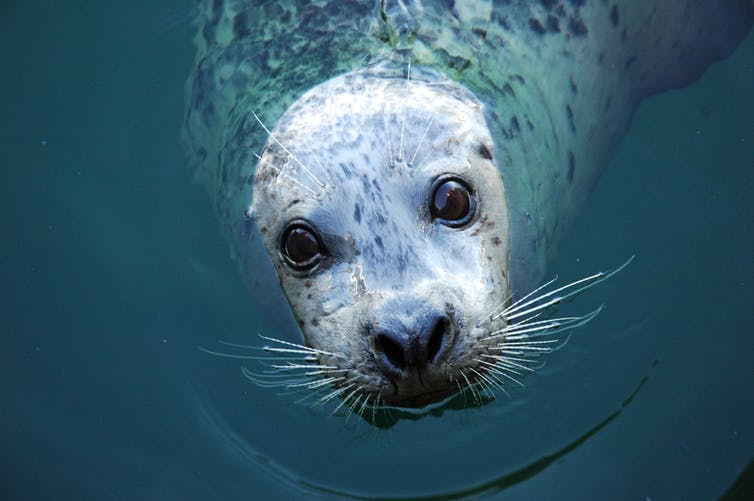 Seals, dolphins and otters share the same physiological constraints as humans do when we return to our evolutionary home – the sea. The most instantly identifiable of these is the inability to breathe when we put our heads under water.

The difference between where an animal spends most of its time and where it can breathe has had an amazing impact on the physiological capacities of diving mammals – some of the most exceptional athletes on Earth.

For instance, the colossal elephant seal is capable of holding its breath for two hours and swimming 2km to find food, before covering that distance again for its next breath.

What does make a great diver are the cardiovascular responses to diving – regulating the use of oxygen to give prolonged supply to vulnerable parts of the body, such as the brain. The most classic feature of the dive response is a reduction in heart rate, known as bradycardia.

It happens in humans too. If you put your face into a full sink, stimulation of sensors in your face, upper airways and throat trigger the deepest and most primal parts of your brain to slow your heart, as well as to pump less blood.

But reduction in heart rate by itself does not reduce the rate of oxygen consumption. It is this, linked to a major redistribution of blood around the body, focusing delivery on the most vital organs, which really conserves oxygen.

This blood redistribution is the essential tool that allows prolonged diving – and so far it has been a difficult thing to study. Because of the nature of diving animals (they dive and swim), technology has to be wearable and non-invasive for an animal that is free to choose where it goes. For it is in this voluntary free-diving state that we can learn the true dynamics of the cardiovascular system and understand how diving animals manage it.

Basically, what we want to do is to let the animals tell us their physiological “story” with minimal interference. And now they can.

A new piece of equipment offering a fresh insight into blood redistribution is a remarkable non-invasive, wearable application of optical technology called “near-infrared spectroscopy” or NIRS.

NIRS uses light emitted in contact with the skin (like a FitBit) to measure blood volume and oxygenation in the underlying tissue. The new kit has provided a remarkable new insight in to the dynamics of blood redistribution in diving seals.

Using NIRS on juvenile harbour seals, one of the two species of UK seals, we were able to capture for the first time a level of cardiovascular control that we did not know seals possessed (and frankly, didn’t know existed at all).

Specifically, we found that in seals the blood redistribution component of the “dive response” is under some degree of cognitive control.

The seals we observed start to move blood away from their peripheral tissues (in this case blubber and skin) around 15 seconds before they began each dive. This allows seals to prepare for a dive and actually enter into the oxygen conservation state before they go under water, so that when they dive they are not wasting oxygen in the early stages.

As seals spend 90% of their time at sea diving, these seemingly small savings total up to very significant savings over days, weeks and even months of diving at sea.

In that sense, the finding of cognitive control of moving blood around the body makes a lot of sense, particularly considering that cognitive control of heart rate has been demonstrated in seals. Seals have already been shown to be able to drop their heart rate on command and also match the reduction in heart rate for the anticipated duration of the following dive.

Astoundingly, when a seal intends to make a longer dive, the reduction in heart rate is greater and matches the intended dive duration quite well. Anticipatory redistribution of blood and control of heart rate demonstrate a simply incredible level of physiological control, which is used to prepare and manage their body to suit their anticipated behaviour.

This is quite an amazing concept. Seals can reduce their rate of oxygen consumption by as much as 70% – a huge amount even compared to a hibernating bear, which can reduce the rate by 25%, or a sleeping human, about 10%.

As I mentioned, the difference between where some animals spend most of their time, and where they can breathe has had a wondrous impact on the physiological capacities of diving animals.

Non-invasive technology in the bio-medical world has allowed us to begin to understand just how wondrous their physiology really is. Away from the constraints of laboratory settings or simulated dives, seals can wear a small instrument, dive and behave as they like, and then tell us their physiological story.

So next time you jump into a swimming pool, consider the physiological changes your body is making to protect your brain against asphyxia, all automatically and without thought. Then imagine being able to control and regulate those changes – that’s what those amazing seals can do when you see them bobbing around the sea.