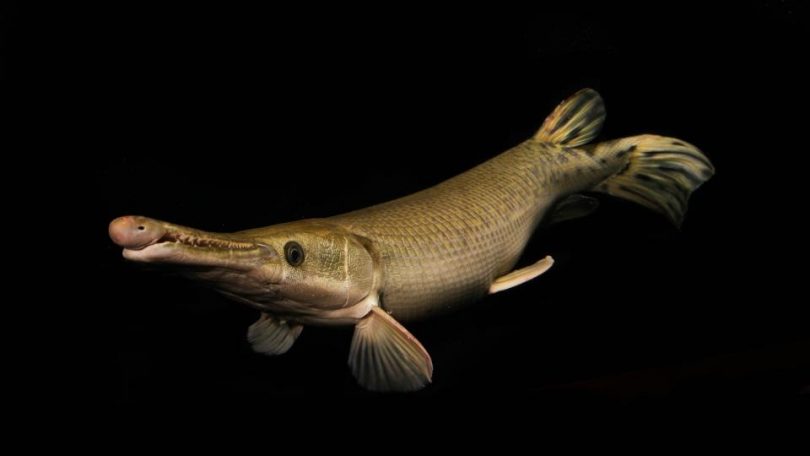 Rivers and lakes cover just about one percent of Earth’s surface, but are home to one third of all vertebrate species worldwide.

At the same time, freshwater life is highly threatened. Scientists from the Leibniz-Institute of Freshwater Ecology and Inland Fisheries (IGB) and international colleagues have now quantified the global decline of big freshwater animals: From 1970 to 2012, global populations of freshwater megafauna declined by 88 percent – twice the loss of vertebrate populations on land or in the ocean. Large fish species are particularly affected. And yet there remain large gaps in monitoring and conservation actions for freshwater megafauna, particularly in areas with high levels of biodiversity.

Freshwater megafauna include all freshwater animals that weigh 30 kilograms or more, such as species of river dolphins, beavers, crocodiles, giant turtles and sturgeons. The scientists compiled available time series data for 126 freshwater megafauna species worldwide, as well as the historical and contemporary geographic distribution data of 44 species in Europe and the USA.

“The results are alarming and confirm the fears of scientists involved in studying and protecting freshwater biodiversity,” says Sonja Jähnig, senior author of the study and expert for global change effects on river ecosystems at IGB. From 1970 to 2012, global populations of freshwater megafauna declined by 88 percent, most notably in the Indomalaya (by 99 percent) and Palearctic (by 97 percent) realms – the former covering South and Southeast Asia and southern China, and the latter covering Europe, North Africa and most of Asia. Large fish species such as sturgeons, salmonids and giant catfishes are particularly threatened: with a 94 percent decline, followed by reptiles with 72 percent.

Overexploitation is the primary threat to freshwater megafauna as they are often targeted for meat, skin and eggs. “Furthermore, the decline of large fish species is also attributed to the loss of free-flowing rivers as access to spawning and feeding grounds are often blocked by dams. Although the world’s large rivers have already been highly fragmented, another 3700 large dams are planned or under construction – this will exacerbate the river fragmentation even further. More than 800 of these planned dams are located in diversity hotspots of freshwater megafauna, including Amazon, Congo, Mekong and Ganges river basins,” says Fengzhi He, first author of the study and expert for diversity patterns and conservation of freshwater megafauna at IGB.

Thanks to targeted conservation actions, populations of 13 megafauna species including the green sturgeon (Acipenser medirostris) and the American beaver (Castor canadensis) have been stable or even increasing in the USA. In Asia, the population of the Irrawaddy river dolphin (Orcaella brevirostris) in the Mekong basin has increased for the first time in twenty years. In Europe, efficient and large-scale conservation strategies seem to be more difficult to implement, arguably due to politic boarders and differences in environmental awareness among countries. Nevertheless, the Eurasian beaver (Castor fiber), for example, has now been reintroduced to many regions where it was extirpated. In Germany, IGB is working with international partners to reintroduce the two formerly native sturgeon species European sturgeon (Acipenser sturio) and Atlantic sturgeon (Acipenser oxyrinchus) to European waters.

Room for improvement: monitoring and conservation of freshwater biodiversity

Despite that freshwater megafauna are highly threatened, current conservation actions are inadequate for many species. “According to the International Union for Conservation of Nature’s Red List of Threatened Species, over half of all assessed freshwater megafauna species are considered as threatened with extinction. Nonetheless, they receive less research and conservation attention than megafauna in terrestrial or marine ecosystems,” reminds Jähnig. The now quantified global decline of freshwater megafauna highlights the urgent need for conservation actions for freshwater biodiversity. It is important to improve the monitoring of population trends and distributions of freshwater species in regions such as Southeast Asia, Africa and South America. After all, changes in abundance and distribution are better indicators of the condition of ecosystems and their living organisms than the extinction of species.

Header image: With a maximum weight of about 130 kilograms, the alligator gar is one of the largest freshwater fishes in North America. Credit: Zeb Hogan.