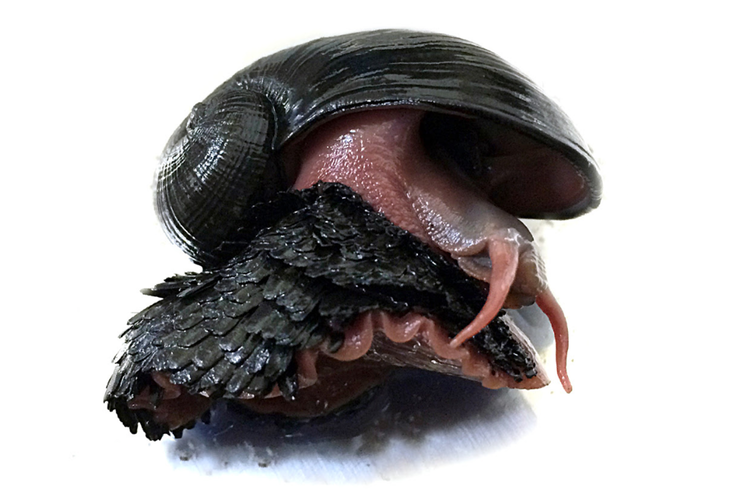 Hydrothermal vents host rare species at incredibly high density comparable to tropical rainforests or coral reefs. Forty years ago, the first descriptions of the ecosystems around these deep underwater heat funnels changed our understanding of deep ocean environments and the very origins of life. Now, species in even the most inaccessible parts of Earth are threatened by disturbance from human activity, including mining the depths of the ocean.

Technological impediments, and commodity prices, mean that deep sea mining may not be immediately economically viable. But many companies and nations motivated by geopolitics or other subtler calculus than simple profit mean extraction is already happening. The targets of seabed mining include volcanic areas where hydrothermal processes can concentrate rare minerals, including gold, zinc, and cobalt and lithium that are key components in lithium-ion batteries. Yet there is no provision for these biodiversity hotspots to receive blanket protection from the development of deep sea mining.

Now an update to the global IUCN Red List, the global inventory of the conservation status of Earth’s species, includes Chrysomallon squamiferum – known as the scaly-foot snail or Sea Pangolin – the first marine species to be assessed as officially endangered due to the potential threat of deep sea mining. The Red List was developed for well-studied species with possible ways to restore them, but as we show in Nature Ecology & Evolution, the Red List is also a powerful, proven tool for protecting even the most remote and poorly understood animals.

The assessment process for the Sea Pangolin started with an epiphany on the high seas. In early 2016, deep sea biologist Chong Chen and I were part of a deep sea expedition to the Kairei hydrothermal vent field in the Indian Ocean. We were there to work on the Sea Pangolin, to understand adaptations to life in hydrothermal vents. The Sea Pangolin was a key part of that scientific mission; we were re-visiting a site where these snails were known to occur. Many people in the science party had prior experience collecting this species, but, we just couldn’t find them. Where were they? Had something happened to them?

As biologists, we really love the species we work on, and I vividly remember the sick feeling when we started to really worry that we were not going to find the Sea Pangolin on that expedition. We knew more about this species than anyone else, but we didn’t know where they had gone.

Kairei vent field is over 2,400 metres deep (about 1.5 miles), and almost 900km away from the nearest point of land. The vent field itself is tiny, like most hydrothermal vents or geothermal sites on land, Kairei is less than a third of a football field. Areas beyond 12 nautical miles (22.2km) away from any coast fall under the purview of the International Seabed Authority, which was established by the United Nations to manage deep sea benthic space and resources.

The UN refers to the seabed as “the common heritage of mankind”, but the focus of the International Seabed Authority (with scientific advice from the Deep Ocean Stewardship Initiative) is now deep sea mining. At that time, the Sea Pangolin was known from only three sites, though we knew informally that one additional population had recently been discovered. Even with undiscovered sites, the total habitat area available for the Sea Pangolin extends up to a generous potential maximum of 0.27km² (0.1 square miles).

Today, all sites but one have active mining exploration licenses, and none of them have any protection from deep sea mining.

At sea in 2016, it took more than three weeks for our team to find a colony of the snails, but we did eventually find a healthy population and we were able to complete our experiments. We also realised that we needed a better way to explain the vulnerability of these species and spaces, in a way that everyone can understand.

A few months after we got back to land, I connected with the IUCN Species Survival Commission (SSC) Mollusc Specialist Group. Chong and I started gathering the information we would need to complete a Red List assessment from our prior published research on the Sea Pangolin.

When we talked about this work to other deep sea biologists, some disliked the idea of Red List status for their study animals. “That will just be really inconvenient,” said one. They worried that if international recognition leads to legal protection, it would prohibit them from collecting specimens for research, or that sharing preserved specimens would be confused with wildlife trafficking, and that these prohibitions could delay research or create mountains of paperwork. But many have a different view now. Personally, I am willing to risk some minor inconvenience. It is far more difficult to work on a species that is extinct, than one that gets the protection it deserves.

We are now expanding Red List assessments from the Indian Ocean to all species found in deep sea hydrothermal vent habitats around the world, in a project led by Elin Thomas, as part of her PhD studies in my group at Queen’s University Belfast. Endangered status for hydrothermal vent species only found in areas under license for mining exploration, could be compared to a species that only lives in a patch of rainforest scheduled for logging. Not all hydrothermal vent species will be classified as endangered, and status can change for the worse, or for better. In the last global update of the Red List, not a single species improved in status.