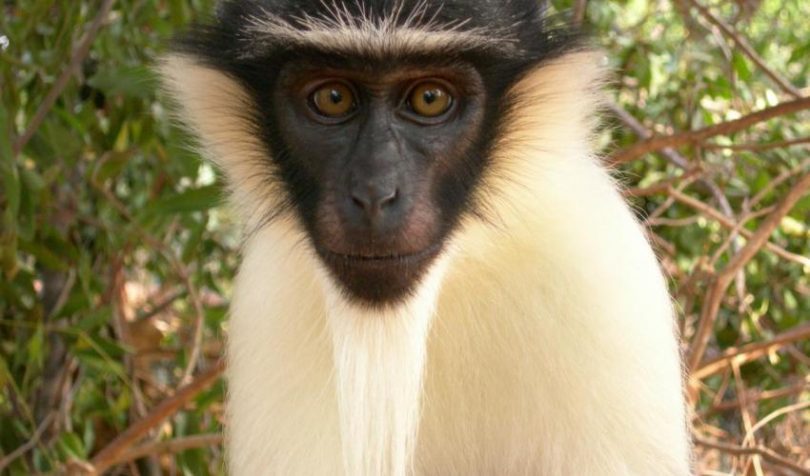 Overfishing has pushed two families of rays to the brink of extinction, while hunting for bushmeat and habitat loss have led to the decline of seven primate species, according to the latest update of The IUCN Red List of Threatened Species.

The update also reveals further evidence of the perilous state of freshwater fishes globally. This is shown by high numbers of species threatened by the loss of free flowing rivers, habitat degradation, pollution and invasive species in Japan and Mexico.

The IUCN Red List has broken through the 100,000 species barrier; it now includes assessments for 105,732 species, of which 28,338 species are threatened with extinction.

“With more than 100,000 species now assessed for the IUCN Red List, this update clearly shows how much humans around the world are overexploiting wildlife,” said IUCN Acting Director General, Dr Grethel Aguilar. “We must wake up to the fact that conserving nature’s diversity is in our interest, and is absolutely fundamental to achieving the Sustainable Development Goals. States, businesses and civil society must urgently act to halt the overexploitation of nature, and must respect and support local communities and Indigenous Peoples in strengthening sustainable livelihoods.”

“This Red List update confirms the findings of the recent IPBES Global Biodiversity Assessment: nature is declining at rates unprecedented in human history,” said Jane Smart, Global Director of the IUCN Biodiversity Conservation Group. “Both national and international trade are driving the decline of species in the oceans, in freshwater and on land. Decisive action is needed at scale to halt this decline; the timing of this assessment is critical as governments are starting to negotiate a new global biodiversity framework for such action.”

Rhino Rays on the brink of extinction

Wedgefishes and giant guitarfishes, collectively known as Rhino Rays because of their elongated snouts, are now the most imperilled marine fish families in the world, with all but one of the 16 species assessed as Critically Endangered. The False Shark Ray (Rhynchorhina mauritaniensis) of Mauritania is very close to extinction, having suffered a population decline of more than 80% in the last 45 years.

Closely related to sharks, with some species growing up to three metres long, Rhino Rays live in shallow waters from the Indian and West Pacific Oceans to the East Atlantic Ocean and Mediterranean Sea. Increasingly intense and essentially unregulated coastal fishing is driving their decline, with most caught incidentally with other fish as “bycatch”. Rhino Ray meat is sold locally, while the fins are highly valued and internationally traded for shark fin soup.

Hunting combined with habitat loss has pushed seven species of primate closer to extinction, according to the updated IUCN Red List. Six of these species occur in West Africa, and show clearly how hunting for bushmeat and development-related deforestation are causing primate populations to decline – 40% of primate species in West and Central Africa are now threatened with extinction.

“West Africa is one of the very highest priority areas on Earth for primate conservation. The combination of forest destruction and heavy bushmeat hunting – probably the highest level of this latter threat anywhere in the word – has pushed a number of primate species there to the brink of extinction,” said Russ Mittermeier, Chair of the IUCN Species Survival Commission Primate Specialist Group. “Maintaining the amazing primate diversity of this region will require the creation of new protected areas, better management of existing ones, more effective enforcement of protective legislation, and economic alternatives that value primates as something more than a source of meat, with primate-watching ecotourism, based on successful models elsewhere in Africa, high on the list.”

The Roloway Monkey (Cercopithecus roloway) has moved from Endangered to Critically Endangered – one step away from extinction. Endemic to Côte d’Ivoire and Ghana, there are thought to be fewer than 2,000 surviving individuals. Their relatively large body size and the value of their meat and skin have made Roloway Monkeys a preferred target for hunters, driving the population to a precariously low level. Once abundant from western Nigeria to the Gabon-Congo border, the Red-capped Mangabey (Cercocebus torquatus) has moved from Vulnerable to Endangered, with the healthiest population reportedly occurring in Gabon.

These West African primate species are also suffering severe habitat loss as land is converted to food crops. Increasing road access is facilitating hunting and the transportation of bushmeat to both local markets and distant urban centres.

Today’s IUCN Red List update reveals that over half of Japan’s endemic freshwater fishes and over a third of freshwater fishes in Mexico are threatened with extinction. The main drivers of this decline are the loss of free flowing rivers and increasing agricultural and urban pollution. The construction of dams and weirs is having a significant effect on freshwater fish species in both countries, combined with competition and predation by invasive alien species.

“The world’s freshwater fish species, which number almost 18,000, are undergoing a dramatic and largely unrecognised global decline, as made apparent in the high levels of extinction threat to freshwater fish species in Japan and Mexico,” said William Darwall,Head of the IUCN Freshwater Biodiversity Unit. “The loss of these species would deprive billions of people of a critical source of food and income, and could have knock-on effects on entire ecosystems. To halt these declines, we urgently need policies on the human use of freshwaters that allow for the needs of the many other species sharing these ecosystems.”

In Mexico, fish from inland fisheries are an important protein source for people, and are key in supporting local livelihoods and economies. Freshwater fishes are also highly prized as food and as ornamental species in Japan.

Shining a light on the deep

With this update, about 500 deep-sea bony fish species such as bioluminescent lanternfishes enter the Red List. These species can occur deeper than 1,000 metres, and some face potential threats from deep-fishing activity and the oil and gas industries, as well as plumes from deep seabed mining. With 20% of all deep-sea fish assessments on the Red List Data Deficient, further study of these species is critical. Many deep-sea species occur in areas beyond national jurisdictions, raising questions over whose responsibility it is to protect them. The emerging UN treaty under the Law of the Sea Convention for the conservation and sustainable use of marine biodiversity beyond national boundaries must have a significant role to play.

A notable introduction to the Red List is the first and already Endangered deep-sea hydrothermal vent mollusc, the Scaly-foot Snail (Chrysomallon squamiferum). This species is known from three locations restricted to hydrothermal vents on deep-ocean ridges in the Indian Ocean, at depths of up to 2,900 metres. There is ongoing investigation into the development of deep-sea mining in two of these areas; if mining is permitted the habitat could be severely reduced or destroyed. The International Seabed Authority is currently developing regulations to manage deep sea mining beyond national boundaries. There are rising concerns about the potential for widespread and lasting impacts of deep seabed mining including the loss of species such as the Scaly-foot Snail.

The Red List now includes assessments of the majority of dry forest trees in Madagascar, including updated assessments for 23 rosewood and palissander (Dalbergia) tree species. These species are highly exploited for their precious wood, with over 90% of them now threatened. Rosewood species are used across the world in the timber trade, and are one of the world’s most illegally trafficked wild products. The other main threats are habitat loss due to forest clearance for agricultural use and charcoal production. The continued survival of these rosewood species is dependent on increased enforcement of local management plans, national laws, and international cooperation.

The American Elm (Ulmus americana) enters the Red List for the first time as Endangered. A dominant woodland tree across Canada and the United States, this species has been declining for decades due to a serious invasive fungal pathogen, Dutch Elm Disease. Nowadays, large trees are seldom found as the disease reduces their lifespan, and remaining individuals are mainly smaller understorey trees. Conservation efforts need to be directed to breeding greater disease tolerance into wild populations.

More than 5,000 trees from 180 countries have been added to the Red List this year, contributing significantly towards the Global Tree Assessment goal of assessing all tree species in the world by the end of 2020.

The number of assessed species of fungi has almost doubled this year, with 79 fungi added to the Red List.Today’s update reveals that at least 15 fungal species that grow in the semi-natural grasslands typical of traditional countryside in many European countries are threatened with extinction.

The bright red Splendid Waxcap (Hygrocybe splendidissima) is one such Vulnerable species. The largest populations are found in North West Europe, especially the UK, Germany, Sweden, Denmark and Norway. The species is restricted to semi-natural grasslands, which have declined rapidly in the last fifty years as they are increasingly being converted to intensive agriculture or are being abandoned and becoming overgrown. Like many grassland fungi, the Splendid Waxcap is threatened by the use of nitrogen-based fertilisers and airborne nitrogen pollution.

“We particularly congratulate IUCN on breaking through the 100,000 species barrier. This latest update of the IUCN Red List shows the importance of updating and expanding this global data set so that it provides the best possible information on the extinction risk of wild species,” said Masako Yamato, General Manager, Environmental Affairs Division, Toyota Motor Corporation. “The IUCN Red List has a key role in catalysing the conservation action that is needed to address the nature crisis.”

Global figures for the 2019-2 IUCN Red List of Threatened Species:

No species were recorded as having genuinely improved in status enough to move them into a lower threat category for the 2019-2 Red List update.

Material provided by the IUCN.