Home » In defence of the wolf: this big bad animal is more prey than predator 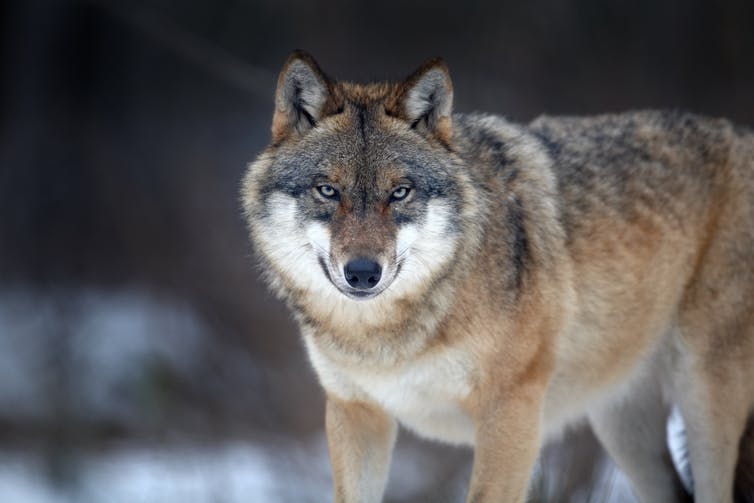 Even though we’re all aware of what real wolves are like and can picture them very clearly, perhaps even find them majestic and beautiful, lurking within our collective psyche is the nightmarish Big Bad Wolf whom we came to know so well as children, and who stays with us into adulthood with the fictionalised killers of television and film.

I am fiercely pro-wolf and strongly advocate for their return, but I can’t pretend that there isn’t a little part of my brain that sends out danger signals whenever I think about them actually being on my doorstep. Rationally, we know from scientific evidence that wolves pose very little threat to humans (in fact, because of our long-standing persecution of them they tend to avoid us – so much so that even sightings are rare, let alone attacks). Yet it is as if a primal fear of wolves is simply built into human DNA. So as much as I want this aspect of my feelings to go away, it’s just not something that I think ever will.

It’s easy for those who are anti-wolf to capitalise on this fear in order to perpetuate the war between the species. Using the image of the wolf as a bloodthirsty, uncontrollable killer, and the synonymity between wolves and the “wilderness” to great effect, wolf opponents are able to convince others that wolves and people cannot co-exist, especially where farming is concerned. For example, when wolves were spotted in one national park in the Netherlands for the first time in more than a century, the park’s director, Seger Emmanuel baron van Voorst tot Voorst, argued that:

Once a wolf has tasted sheep meat it won’t be running after deer. Grazing sheep will be impossible if wolves are in the area, and fences won’t keep them out… We live in a country of 17 million people, not the Serengeti.

This indignance at the expectation that humans should adapt to live alongside wolves (“we have been farming in this way for centuries, why should we change that now because of something we don’t even want here?”), epitomises an attitude that is problematic not only for wolves, but for all species of animals: that humans should have primacy over the earth.

Humans act as though wolves should respect “our” spaces – that they should recognise areas where they should not go. But wolves don’t know about the imaginary borders between countries, states, inhabited and uninhabited land, “civilisation” and “wilderness”. They don’t know which areas have been designated for their use and protection and which haven’t, and they don’t know that what they’re doing when they step outside these boundaries is “wrong”. Nor do they know that hunting sheep is an offence that is often punishable by death. They are just trying to eat, which is much more difficult than is often thought: fewer than 20% of wolf hunts are successful. Can we really blame them for trying to snag an easy meal?

Realistically, wolves do need management if they are to co-exist with humans. Unfortunately, we live in a human-dominated world, so we call the shots – literally, if we decide to shoot wolves – but management does not have to be lethal. Fences, auditory and visual defences, guard dogs and even guard llamas can be used in order to deter wolves from attacking livestock.

Wolves might even be able to help us in fixing some of the damage that we have inflicted on the earth, by restoring the ecological balance in areas where deer, unchecked in number by a lack of natural predators, have decimated the native plant life. While “rewilding” is sometimes seen as radical (relinquishing our control over nature is simply unthinkable for some) it’s in fact the opposite – it’s putting nature back to the way it was before humans altered its course.

Before that happens though, we need to put the Big Bad Wolf to bed. Wolves are not bad – they’re just wolves, trying to survive in a world where they are increasingly unwelcome. In fact, it’s worth considering what a human would look like to a wolf. To them, we’re the killing machines (armed with further killing machines). We’re stealing from their larder when we hunt, displacing them from their homelands, tearing apart their families, and killing their new-born children in their dens. They’re as frightened of us as we are of them, if not more so, and for good reason. While the human-wolf war rages on, perhaps we should consider the possibility that the Big Bad Wolf does not exist, but the Big Bad Human is alive and well.