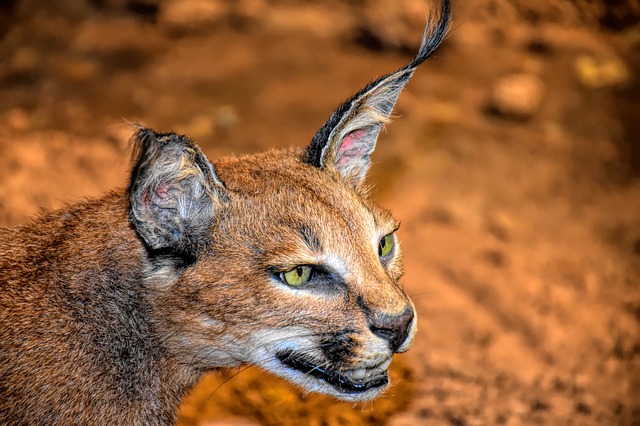 Urban rat poisons are spilling over into Cape Town’s natural environment, threatening species such as caracal, mongoose, otter and owl, a team of University of Cape Town (UCT) researchers in the Institute for Communities and Wildlife in Africa (iCWild) has discovered.

In their recent paper, published in the journal Science of the Total Environment, the researchers found that anticoagulant rat poisons are infiltrating Cape Town’s peri-urban wildlife food chains. The study, believed to be the first of its kind, was conducted within and around Cape Town’s Table Mountain National Park.

The study measured the presence and concentration of rat poison compounds in liver and blood samples from 41 animals, with a special focus on caracal as part of the Urban Caracal Project (UCP). At 92%, exposure to rat poisons was highest for caracal. Overall, they found 81% exposure across seven species tested. The predators aren’t eating the poisons directly. Rather, the poisons are designed to work slowly in their target species, rats, who become sick over a period of days and end up as easy prey for predators.

“We detected at least one of the four most toxic rat poison compounds, all available in over-the-counter products, in six of the seven species tested,” says Dr Jacqueline Bishop, lead supervisor on the project. Caracals living in or near vineyards had the highest exposure to rat poisons but the route to exposure is unclear.

“Vineyards in Cape Town don’t use rat poisons to protect their vines, but they do host restaurants, spas and hotels and occur adjacent to dense residential areas where rat poisons are widely used. Caracals regularly hunt in vineyards and it is here that they are likely to be exposed to poisoned rats, in and around urban structures,” she says.

The researchers focused their poison testing on caracal but were also able to opportunistically test several other species that had died after being hit by cars. The fact that these species use different habitats shows that rat poisons may profoundly impact many different species. “It also suggests, in the case of otters, that polluted water run-off from urban areas could transport the poisons into Cape Town’s waterways and the aquatic food chain,” says collaborator Dr Nicola Okes.

“There is mounting evidence globally that rat poisons are a critical threat to wildlife, including threatened and endangered species. To really understand this problem locally has taken support from the public, from SANParks and the City of Cape Town in reporting the locations of animals hit by cars so they could be included in our study,” says Dr Okes.

One of the most significant findings of the study is that exposure occurs at all ages. Several lactating female caracals were sampled in the study and found to be exposed to rat poisons, suggesting that kittens may be exposed through their mother’s milk. The UCP has grown into a large-scale research programme that sparks a lot of community interest. Members of the community can interface directly with the researchers and contribute to their work by reporting caracal sightings and learning about the project’s development through its Facebook page.

The project has also garnered international interest from researchers wanting to contribute to the research team’s efforts to identify the many threats to Cape Town’s caracals and strategise effective conservation of these elusive cats. The researchers hope that their study’s findings will stimulate a dialogue on how to reduce environmental contamination by rat poisons and other toxins and help pinpoint directions for targeted
mitigation.

“As consumers, we need more eco-friendly alternatives to rat poison and the simplest solution is well within everyone’s reach – improve the management of waste which attracts rats in the first place.”