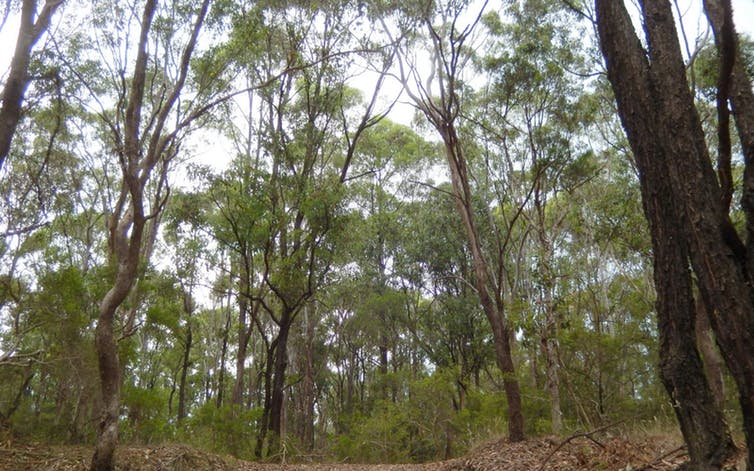 The world’s largest assessment of biodiversity recently shared the alarming news that 1 million species are under threat of extinction.

Australia’s extinction record is poor compared to the rest of the world, and our investment into conservation doesn’t do enough to restrain the growing crisis.

Currently, 511 animal species, 1,356 plant species and 82 distinct “ecological communities” – naturally occurring groups of native plants, animals and other organisms – are listed as nationally threatened in Australia. And these numbers are increasing.

While much conservation effort focuses on protecting individual species, we are failing to protect and restore their habitats.

Our ongoing research into environmental investment programs shows that current levels of investment do not even come close to matching what’s actually needed to downgrade threatened ecosystems.

One of the programs we evaluated was the 20 Million Trees Program, a part of the Australian government’s National Landcare Program. For example, we analysed investment targeted at the critically endangered Peppermint Box Grassy Woodlands of South Australia.

Fewer than three square kilometres of woodland were planted. That’s less than 1% of what was needed to move the conservation status of these woodlands by one category, from critically endangered to endangered.

Conservation efforts are often focused on species – easily understood parts of our complex and interrelated ecosystems.

But we don’t often hear about the 82 threatened ecological communities in which many of these species live.

Temperate eucalypt woodlands once covered vast areas of southern Australia before being cleared to make way for agriculture. The Peppermint Box Grassy Woodlands of South Australia, for instance, have been reduced to 2% of their former glory through land clearing and other forms of degradation.

These woodlands provide critical habitat for many plant and animal species, among them declining woodland birds such as the Diamond Firetail and Jacky Winter.

Focusing on the conservation and restoration of our threatened communities (rather than individual species) would create a better understanding of how much effort and investment is required to curb the extinction crisis and improve the outcomes of biodiversity restoration.

A problem of scale

Large-scale restoration investment programs are often touted in politics, particularly when these have a national focus. And many recent restoration programs, such as the Environment Restoration Fund, National Landcare Program, Green Army and 20 Million Trees, are important and worthwhile.

But in the majority of cases the effort is inadequate to achieve the stated conservation objectives.

Underlying threats to the environment often remain – such as vegetation clearing, genetic isolation and competition from introduced pests and weeds – and biodiversity continues to decline.

The 20 Million Trees program, for example, is the most recent national initiative aimed at restoring native vegetation systems, attracting A$70 million in investment between 2014 and 2020.

To place the scale of this investment into context, we analysed the impact of the 20 Million Trees program on the critically endangered Peppermint Box Grassy Woodlands of South Australia.

The restoration priority for this community should be to enhance the condition of existing remnant areas. But improving its conservation status would also require more effort to increase the area of land the woodland covers.

Even if the full six-year budget for 20 Million Trees (A$70 million) was used to replant only this type of woodland, it would still fall short of upgrading its conservation status to endangered. We estimate that moving the community up a category would require a minimum investment of A$150 million, excluding land value.

And Peppermint Box Grassy Woodland is just one of the threatened ecological communities listed for conservation. There are 81 others.

Although any effort to improve the status of threatened ecosystems (and species) is important, this example shows how current levels of effort and investment are grossly inadequate to have any substantial impact on threatened communities and the species that live there.

Our estimates relate to how restoration activities affect land cover. But ensuring they are also of adequate quality would need more long-term investment.

Investment in biodiversity conservation in Australia is falling while the extinction crisis is worsening.

Protecting and restoring ecological communities will preserve our unique native biodiversity and develop an environment that sustains food production and remains resilient to climate change. But failure to invest now will lead to extinctions and the collapse of ecosystems.

To make genuine inroads and have an enduring impact on Australian threatened species and ecosystems, restoration programs must be clear on the amount they expect to contribute to conservation and restoration objectives, along with co-benefits like carbon sequestration.

The programs must be at least an order of magnitude larger and be structured to produce measurable outcomes.

Header image: The endangered Cumberland Plain Woodland is an ecological community that have shrunk to 6% of their original area. Credit: Pete the Poet/Flickr, CC BY-SA.