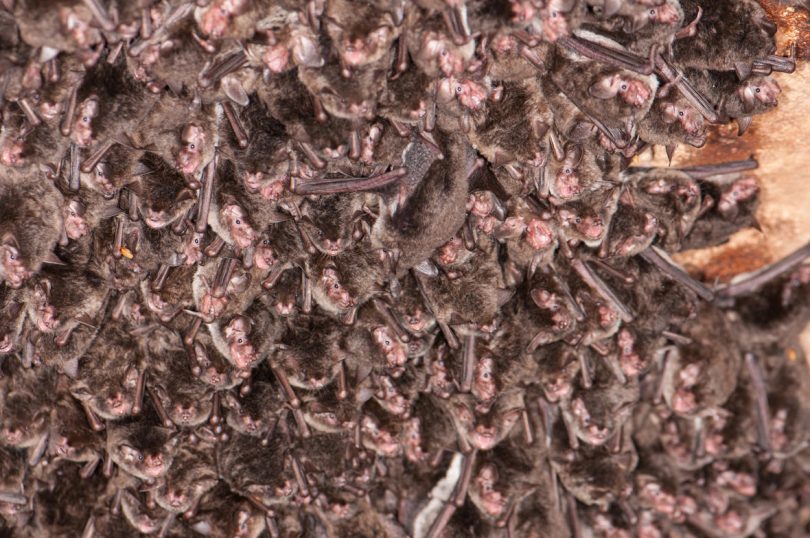 A new study shows that vaccination may reduce the impact of white-nose syndrome in bats, marking a milestone in the international fight against one of the most destructive wildlife diseases in modern times.

“This is a significant step forward in developing control mechanisms to combat the devastating spread of white-nose syndrome in our important bat populations,” said USGS Director Jim Reilly. “Being able to deliver an oral vaccine during hibernation could be a game changer in our ability to combat one of the deadliest wildlife diseases in modern times.”

White-nose syndrome is caused by a fungus called Pseudogymnoascus destructans, or Pd, and has killed millions of North American bats since 2006. The disease is spreading rapidly and there is no cure. Recent studies by scientists at the U.S. Geological Survey, University of Wisconsin and Wisconsin Department of Natural Resources demonstrated that bats immunized against Pd were less likely to develop WNS or die from the disease in two initial scientific trials. Results were published today in the journal Scientific Reports.

During the trials, scientists administered several vaccine formulas to little brown bats prior to Pd exposure and hibernation. They found that bats vaccinated orally or by injection survived at a higher rate than unimmunized bats. The bats also developed specific anti-fungal immune responses. Although work is still progressing to select the best vaccine candidates, the findings suggest that vaccination could potentially protect bats or reduce the effects of white-nose syndrome by providing them with immunity against Pd.

“This work shows the importance of multi-disciplinary teamwork when dealing with devastating diseases such as white-nose syndrome,” said professor Jorge Osorio from the School of Veterinary Medicine at UW-Madison, who has extensive experience in developing molecular vaccines. Other team members from UW include professor and world expert on human fungal diseases, Dr. Bruce Klein and his staff.

In natural environments, vaccines could be applied to bats in a jelly-like substance that they would ingest as they groom themselves and each other. Bats would also transfer the vaccine-laden jelly to untreated bats.

“These results represent an exciting step forward, not only for managing white-nose syndrome but for treating disease in wildlife,” said Jeremy Coleman, National White-Nose Syndrome Coordinator for the U.S. Fish and Wildlife Service. “Vaccine development is among multiple options the Service is funding to treat white-nose syndrome, but it is one that holds great promise for heavily affected bat species.”

White-nose syndrome is named for the fuzzy white appearance of Pd as it infects muzzles, ears and wings of hibernating bats. The disease is not known to affect humans, pets, livestock or other wildlife.