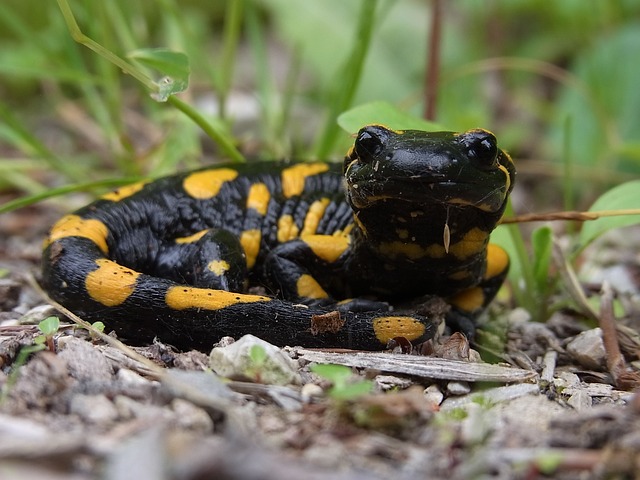 In this article, Laurence Jarvis (Head of Conservation at Froglife), takes a closer look at longevity in amphibians…

The life span of an individual is a critical life-history trait since it directly impacts on the number of breeding attempts, annual reproductive investment and lifetime reproductive success. Amphibians exhibit a large range in life spans from two years in some tropical frog species (Ramirez et al., 1998) to over 20 years in some Mediterranean salamanders (Warburg et al., 2007). Understanding longevity and variations between amphibian species has important conservation implications since long-lived species may be more vulnerable to habitat change and disturbance because they have lower annual reproductive output and are less able to compensate for increased mortality (Purvis et al., 2000). Amphibian species with very short lifespans are also highly vulnerable since they are prone to rapid population turnover and a single disturbance event can result in whole population extinction (Lehtinen & MacDonald, 2011).

Across the animal kingdom, ageing and longevity is generally governed by three main factors (reviewed in Zhang & Lu, 2012). First, animals with high metabolic activity generally have short life spans. Higher metabolic activity results in faster production of toxins which can damage cells and accelerates ageing. Lower temperatures will slow metabolism and therefore increase longevity. Second, animals in environments with high food resources will often put more energy into reproduction with a trade-off for a shorter life span. In contrast, animals in cooler environments with lower food resources will benefit from lower reproductive effort spread out over a greater number of years and thus have a longer life span. Third, animals that have a high risk of mortality from predation or disease should begin reproduction at a young age and have a short longevity because these animals may gain reproduction before dying from predation or disease (Williams et al., 2006). To test these hypotheses in relation to amphibian longevity, Zhang & Lu (2012) examined the life spans of 33 urodeles (salamanders and newts) and 86 anurans (frogs and toads) in relation to altitude and latitude. They found that amphibians living at higher altitudes lived longer than those at lower altitudes. However, there was only a weak link with longevity and latitude with amphibians in northern countries no more likely to live longer than those near the equator (Zhang & Lu, 2012). The reasons for this may be because summer temperatures, when amphibians are active, do not vary as steeply across latitude, whereas they do across altitude. Therefore, amphibians living in northern latitudes will still have an elevated metabolic rate in the summer, thus accelerating ageing and decreasing longevity. Also, low oxygen levels, which appear to trigger lower metabolism do not vary with latitude, but do with altitude. Lastly, habitat type and climate does not follow a predictable pattern with latitude. For example, the mild winter conditions in the north of the UK are very different to the colder conditions experienced in North America at the same latitude due to the presence of the Gulf Stream in the UK. The findings from this study have conservation implications since it demonstrates that amphibians living at higher altitudes have longer life spans, lower annual reproductive effort and are therefore more susceptible to habitat loss than those living at lower altitudes (Zhang & Lu, 2012).

In the largest recent comparative study of amphibian longevity, Stark & Meiri (2018) examined data on the longevity of 527 species of amphibians representing approximately 6.7% of the known amphibian species diversity. Stark & Meiri (2018) tested several predictions and found that amphibians had longer life spans when they are larger, due to lower metabolism; nocturnal, since they experience lower predation; and living in cool climates. This confirms earlier studies which suggest that factors which influence metabolism are important in determining longevity in amphibians.

However, not all amphibian species follow the predicted patterns. Blanchard’s cricket frog (Acris crepitans blanchardi) is a temperate breeding frog of Texas, USA. Previous research on this species suggests that individuals have a very short life span, which is highly unusual for frogs living in this cool climate, where they would be predicted to have high longevity. Lehtinen & MacDonald (2011) carried out a 6-year study on this species to determine longevity and population growth. The researchers found that all adults in the population of over 900 individuals died within one year, with longevity of no more than one year. It appears that when juveniles emerge from ponds in late summer they grow very rapidly, reach sexual maturity within a few months, breed the following spring and then die. The reasons for this rapid turnover of individuals within the population is unclear but is unlikely to be due to predation or disease. However, when in captivity individual Blanchard’s cricket frogs live for four years or more, which suggests that this is not an evolved life-history strategy, but rather that for some reason adults experience high mortality in their first year (Lehtinen & MacDonald, 2011).

In Western Europe, newts have a biphasic lifecycle with aquatic breeding in the spring followed by a terrestrial phase. In the Mediterranean, amphibians have to cope with hotter and drier conditions where ponds dry up early in the spring and summers are long and dry. Newts living in these regions have a range of adaptations to allow them to avoid the extreme climatic conditions such as breeding early in the year, before ponds dry up; aestivating (hibernating) during the summer months; and where ponds are permanent, remaining as larvae for longer. Research by Jakob et al. (2003) has found that marbled newts (Triturus marmoratus) of southern France and Spain mature more quickly and have shorter life spans than members of the same species in cooler, wetter, northern France. The rate of population turn-over is therefore higher in southern members of the species compared to those living in cooler climates. In contrast, there are species of salamanders from Eastern Europe which have different patterns in longevity. The near-eastern fire salamander (Salamandra infraimmaculata) is a rare salamander with a restricted distribution across Iran, Turkey and Israel. It lives in an extremely arid environment where the majority of the annual rain falls between November and February (Warburg et al., 2007). Given the aridity of its environment, individuals spend a very small proportion of their lives in or near water, with females only staying a few hours to lay their eggs and males often never visiting ponds. Research by Warburg et al. (2007) found that individuals of this species may live over 22 years in the wild which may be an adaptation to the harsh conditions. Adults will spend many months of their year aestivating to avoid the hot, dry weather, resulting in lower metabolism and reduced growth. In addition, breeding success is less predictable since water bodies rapidly dry up in the spring. Consequently, individuals live longer and have a greater number of opportunities for breeding and laying eggs.

The above research studies show that although there are patterns of longevity within amphibian families, species do not always follow these rules. Practical fieldwork to determine the age structure of populations is extremely valuable in determining the actual longevity of individual species. This in turn is important in determining how amphibians may deal with climate and anthropogenic change and enable us to develop effective conservation strategies for declining and threatened species.