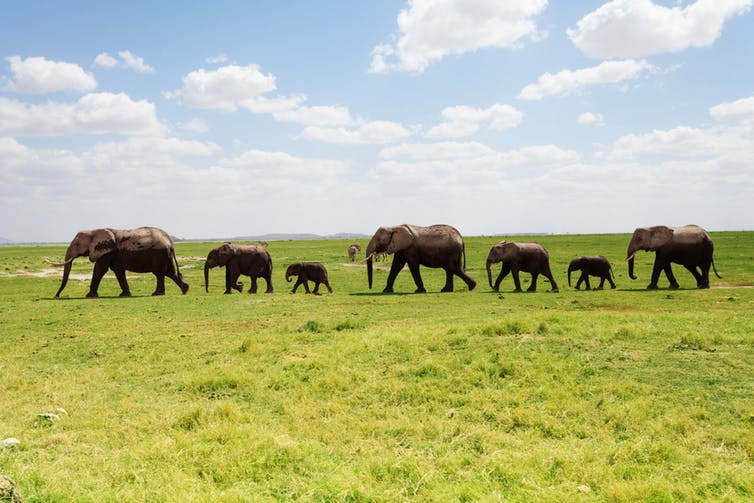 Shared knowledge is an important currency for humans. It shapes everything from what we eat and how we dress, to how we raise our children. Some things we learn individually, some things we learn socially – from our parents, peers, teachers and the media. But how is shared information important for other species?

Mendel’s pea breeding experiments and the discovery of DNA were huge steps in the revelation that there are physical “packets of information”, in the form of genes, passing between generations. This has been instrumental in our understanding of the evolution of biodiversity, and how organisms are shaped by their environment.

However, in addition to this physical transmission through DNA, there are other sources of information available in the natural world. Social information can operate both within and between different generations, and is vital in shaping how animals response to their ever changing world.

I have previously argued that social knowledge is important for whales and dolphins. Research also shows that social learning is widespread across a wide variety of wildlife, from birds to elephants, from fish to meerkats.

Birds can learn foraging techniques from each other (such as opening the foil caps of milk bottles to extract the cream). Bottlenose dolphins have been observed learning from their mothers how to use sponges to help protect their jaws while foraging on the sea bed for fish.

Southern right whales share migration routes between critical feeding and breeding habitats. African elephants learn from older matriarchs the location of watering holes, and how safe it is to interact with different social groups.

Evidence for social learning can be seen in the depths of the oceans, in deserts and on mountain tops. It is an important mechanism across the natural world, helping organisms adapt to changes in their environment. These adaptations often occur much more swiftly than in the slower process of natural selection, which brings about incremental change between generations.

Social learning is a rich seam of exploration for behavioural ecologists and conservation biologists. And because it can result in discrete units within a population which use that knowledge, it can help to inform us about focusing conservation efforts.

For example, understanding more about the mechanisms of social learning may be invaluable for the reintroduction of some captive-bred migratory bird species. It could help negotiate solutions in areas of human-wildlife conflict, such as when elephants or apes help themselves to human crops.

One of the results of social learning – not itself an endpoint, but an ongoing process – is animal culture. But what is animal culture? With our own inherited cultural perspective, it is understandable that animal culture is sometimes a challenging concept for us to grasp.

It is not the many and different ways in which other species are integrated into human culture (although that is interesting in itself). Animal culture can be defined as “information or behaviour, shared within a community, which is acquired from members of the same species through some form of social learning”.

The idea that other species have rich social lives, which includes some socially learned, collective ways of behaving that differentiate social groups, seems like a significant philosophical leap. But the evidence is now unequivocal that humans are not alone in having distinct cultures.

The revelation of animal cultures raises a number of both ethical and scientific questions. But from a practical perspective, what does the existence of animal culture mean for our efforts to conserve the natural world?

To better understand the relationship between animal sociality and conservation, the Convention on the Conservation of Migratory Species of Wild Animals, a treaty under the aegis of the United Nations Environment Programme, has been spearheading work to explore how best to use the emerging science in this field to optimise conservation efforts. Its efforts so far are described in a recent article in Science.

Beginning a serious dialogue on animal culture represents a paradigm shift in our understanding of what exactly biodiversity is. In addition to genes, specific kinds of behaviour are also an important aspect of the rich diversity of our planet.

In order to work towards conserving genetic diversity, we must now also work towards maintaining animal cultural diversity across different ecosystems. This is the challenge that lies ahead for global environmental agreements – a culture of conservation that respects the cultures of the natural world.