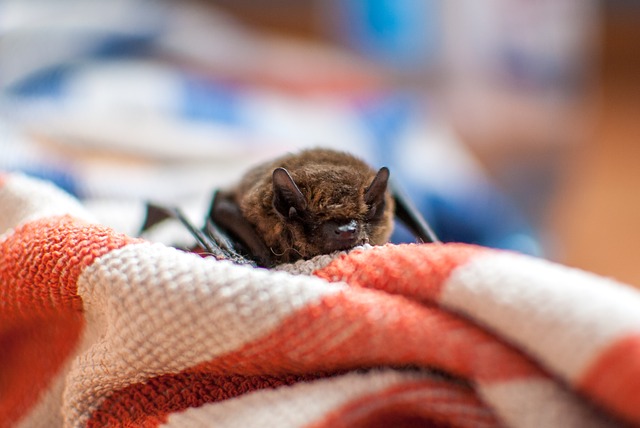 An international research team led by Duke-NUS Medical School, Singapore, has identified molecular and genetic mechanisms that allow bats to stay healthy while hosting viruses that kill other animals, according to a new study published in the journal Nature Microbiology.

Bats live very long and host numerous viruses, such as Ebola virus, Nipah virus, and severe acute respiratory syndrome (SARS) and Middle East respiratory syndrome (MERS) coronaviruses, that are extremely harmful when they infect humans and other animals. Researchers at Duke-NUS Medical School and colleagues wanted to find out how bats can harbour so many of these pathogens without suffering from diseases.

The key, they found, is in the bat’s ability to limit inflammation. Bats do not react to infection with the typical inflammatory response that often leads to pathological damage. In humans, while the inflammatory response helps fight infection when properly controlled, it has also been shown to contribute to the damage caused by infectious diseases, as well as to aging and age-related diseases when it goes into overdrive.

The researchers found that the inflammation sensor that normally triggers the body’s response to fight off stress and infection, a protein called NLRP3, barely reacts in bats compared to humans and mice, even in the presence of high viral loads.

“Bats’ natural ability to dampen inflammation caused by stress and infection may be a key mechanism underlying their long lifespans and unique viral reservoir status,” said Dr Matae Ahn, first author of the study and an MD-PhD candidate of the Emerging Infectious Diseases (EID) Programme at Duke-NUS Medical School.

The researchers compared the responses of immune cells from bats, mice and humans to three different RNA viruses – influenza A virus, MERS coronavirus, and Melaka virus. The inflammation mediated by NLRP3 was significantly reduced in bats compared to mice and humans.

Digging further, they found that ‘transcriptional priming’, a key step in the process to make NLRP3 proteins, was reduced in bats compared with mice and humans. They also found unique variants of NLRP3 only present in bats that render the proteins less active in bats than in other species. These variations were observed in two very distinct species of bats – Pteropus alecto, a large fruit bat known as the Black Flying Fox, and Myotis davadii, a tiny vesper bat from China – indicating that they have been genetically conserved through evolution. Further analysis comparing 10 bat and 17 non-bat mammalian NLRP3 gene sequences confirmed that these adaptations appear to be bat-specific.

What this implies, the researchers explain, is that rather than having a better ability to fight infection, bats have a much higher tolerance for it. The dampening of the inflammatory response actually enables them to survive.

“Bats appear to be capable of limiting excessive or inappropriate virus-induced inflammation, which often leads to severe diseases in other infected animals and people,” said Professor Wang Lin-Fa, Director of Duke-NUS’ EID Programme and senior author of the study. “Our finding may provide lessons for controlling human infectious diseases by shifting the focus from the traditional specific anti-pathogen approach to the broader anti-disease approach successfully adopted by bats.”

Professor Patrick Casey, Duke-NUS Medical School’s Vice Dean for Research, noted of the findings: “With this study, our researchers have advanced our understanding of an area that had long remained a mystery. This is yet another example of the world-class research and global collaboration that is a hallmark of Duke-NUS.”