Home » Heterospecific attraction: using the sounds of others to find the way 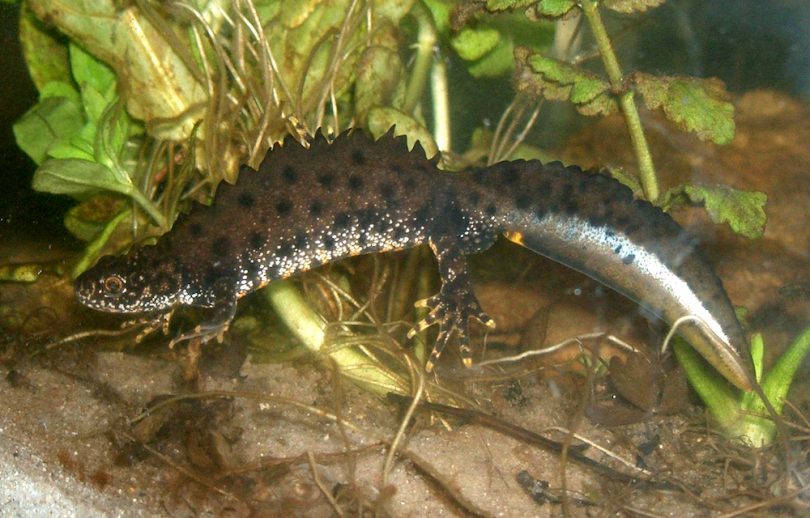 In this article, Laurence Jarvis (Head of Conservation at Froglife), takes a closer look at heterospecific attraction…

Amphibians may use a variety of cues to exploit new habitats including olfactory, visual and celestial cues. Often, individuals may use conspecific cues, i.e. those from individuals of the same species, to locate suitable habitats. For example, many pond-breeding amphibian of the genus Hyla and Rana, have been found to be attracted to calls of the same species (Buxton et al., 2015). However, the use of heterospecific cues, i.e. those from individuals of a different species, is less wide spread and our knowledge and understanding of how species use such cues is generally poorly understood. The heterospecific attraction hypothesis (HAH) has been proposed to describe how individuals may select habitats based on the presence of other species (Mönkkonen et al., 1997). Although initially described for birds, in recent years both field and laboratory experiments have shown an increasing number of amphibian species that use heterospecific cues to locate suitable habitats.

In the tropical forests of Taiwan a number of amphibian species co-exist, with varying degrees of niche overlap. Males of an oriental tree frog species, Rhacophorus prasinatus, form choruses in bushes and produce foam nests on vegetation near or above ephemeral and permanent water (Figure 1). Within the same habitat also lives Babina adenopleura which usually breeds at permanent water bodies and produces an egg mass in the water. This species is therefore a non-competitor as both species have different ecological requirements. However, Polypedates braueri is a resource competitor of R. prasinatus and uses ephemeral vegetation and water during the same time period and also produces a foam nest on vegetation. Research by Chang et al. (2018) has found that R. prasinatus frogs initially locate breeding aggregations of males using conspecific cues i.e. the cues of calling males of the same species. However, when these are lacking, they locate suitable habitat using the calls of the non-competitor B. adenopleura, rather than the competitor, P. braueri. This behaviour indicates that the calls of non-competitors could serve as cues for breeding site allocation (Chang et al., 2018). Since breeding sites are limited in this environment, avoiding choruses with heterospecific competitors, such as P. braueri, may reduce competition.

Many pond-breeding amphibians living in temperate areas often undergo dispersal to seek alternative breeding sites. In particular, in European newt genera such as Triturus, adults may switch breeding ponds in alternative years (Griffiths & Williams, 2000). The dispersal behaviour of individuals is often influenced by environmental factors such as food supply, predation risk, parasite load, and habitat disturbance (context-dependent dispersal) (Cayuela et al., 2018). However, individuals may also make decisions over dispersal direction, distance and habitat selection using the cues of other individuals (social-dependent dispersal). In central Europe great crested newts (Triturus cristatus), palmate newts (Lissotriton helveticus) and alpine newts (Ichthyosaura alpestris) may all co-habit the same ponds. Such newt species have a high degree of niche overlap, with great crested newts being competitively dominant, feeding on similar prey to the other species (Griffiths, 1994). Research by Cayuela et al. (2018) found that great crested newts make decisions on whether to leave a pond or occupy a new one based on the density of palmate newt and alpine newts. In this study, great crested newts were less likely to disperse from ponds which had a high heterospecifc density, i.e. a high density of palmate and alpine newts. In addition, the researchers found that when emigrating from ponds to seek other suitable breeding sites, great crested newts were more likely to select ponds which had a high density of palmate and alpine newts. These findings suggest that great crested newt adults do not avoid ponds with a high density of heterospecifics to limit the negative effects of interspecific competition on larval development and survival (Cayuela et al., 2018), but instead actively choose ponds where the density of other newt species is high. The presence of other newt species may indicate high pond quality with abundant food and egg laying resources, and since great crested newts are competitively dominant over the other newt species, they will gain by breeding in these ponds. The exact mechanism by which great crested newts can detect the density of other species within a pond is unknown, but is likely to be due to chemical cues (Cayuela et al., 2018).

In Northern Italy, the smooth newt (L. vulgaris) breeds in similar water bodies to both the common toad (Bufo bufo) and green toad (B. viridis). In this region, the common toad breeds in large permanent water bodies and arrives at ponds in early February, whereas the green toad breeds in ephemeral water bodies and has a variable arrival time between February and March, depending on levels of rainfall (Pupin et al., 2007). Since smooth newts will breed in all types of pond, both toad species are therefore potential cues for water presence in a given area and may signal water quality. Research by Pupin et al. (2007) showed that smooth newts positively orientated towards the calls of both species and were using these to indicate location of potential breeding water bodies. Madden & Jehle (2017) carried out similar experiments on the great crested newt and found that individuals oriented to the calls of the common toad, but not common frog (Rana temporaria). They hypothesised that this was because common toads bred later than common frogs, at a more suitable time of year for great crested newts, so orienting towards ponds with common toads was more ecologically adaptive than those of common frogs.

Heterospecific attraction is a relatively newly studied process in amphibians and research has shown a number of examples when individuals use the cues of other species to locate and orientate towards suitable habitats. Such research has conservation significance since it shows the importance of food webs and community cohesion and demonstrates that different species are highly connected. Community level and landscape scale conservation, which targets the conservation of whole groups of species and widespread habitats, may therefore have high benefit to overall biodiversity.